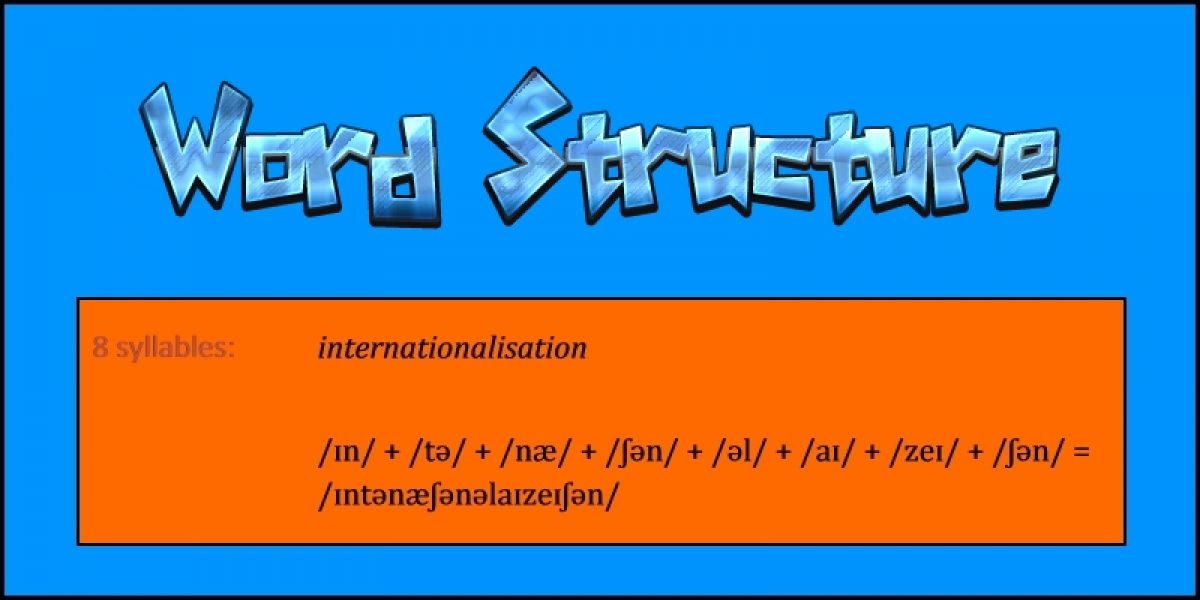 We have seen elsewhere (see Phonological Organization) that the sound system is organized at least at three levels:

As is apparent, the simplest words consist of just one syllable, i.e. they are monosyllabic. We have noted (see Syllables and Clusters) how some words are constructed from just one nuclear vowel, e.g. a, I, and or. Other monosyllabic words may consist of up to three prevocalic and four postvocalic consonants. Consider the word strengths that, if carefully and precisely articulated, demonstrates the full complement of prevocalic and postvocalic consonants in one monosyllabic word:

NB: A more usual realization of strengths when spoken in isolation is probably something more akin to /strɛŋθs/ or /strɛnθs/, i.e. the /-k-/ consonant in the cluster that makes up the final coda
/-ŋkθs/ is omitted (elided). This more usual rendering is an example of syllable-final cluster reduction (see ELISION), in which the number of consonants making up the cluster is reduced.

Many words are, of course, constructed from more than one syllable, i.e. they are polysyllabic. Whereas it is easy enough to define the number of prevocalic and postvocalic consonants that may combine with a vowel to form a syllable, it is not as simple to define the maximum number of syllables that may combine to form a single word. The range is extremely wide. The smallest polysyllabic word is created from the combination of just two syllables, i.e. they form a disyllabic word, e.g. garden, monkey, trumpet. There are, however, examples of words made up of three, four, five and more syllables. In the case of many technical words, such as the names of manufactured chemical compounds, there appears to be an almost endless concatenation of syllables, e.g. alpha-hydroxy-alpha-phenyl-benzeneacetic-acid-two-ethylpropylamino-ethyl ester and four-five-six-trihydroxy-seven-oxo-one-three-five-cycloheptatriene-one-two-dicarboxylic-anhydride.
This esoteric method of constructing names of chemical compounds, however, is exceptional. Indeed, it follows its own rules of nomenclature as set out by the International Union of Pure and Applied Chemists (https://www.iupac.org). In comparison, the everyday, commonly spoken vocabulary of English does not appear to exceed about eight syllables per word. Some examples of everyday polysyllabic words are given below.

NB: When attempting to divide polysyllabic words into their constituent syllables it is not always easy to determine the syllable boundaries. This is particularly difficult if there are clusters of consonants at potential syllable boundaries. Deciding which syllable consonants belong to can be complex and an explanation is beyond the scope of this volume. Suffice it to say that one means of determination is to use the statistical probability of particular combinations appearing in either syllable-initial or syllable-final position.

Vocabulary
The Language Instinct
Duality and Productivity in Language