Parents, carers, and most children’s services professionals will likely believe that play is important. They may not be able to explain why we value play but there is a feeling that, somehow, it is essential for full and rounded development. Indeed, the prevailing view in these societies about how children learn and develop emphasizes the need for babies and young children to play. Frequently play is defined as something that only children do, while work is something that only adults do. The exception to this, of course, is school work (homework, written assignments, and so on). This point of view is not universally shared, however. There are differing cross-cultural ideas of play.

Some activities that we define as play appear to be intrinsically motivated – the child just wanted to do it, perhaps just for the fun of it. Others seem to be extrinsically motivated – “I wanted to show them that I could do it too!” Some activities are competitive. Some are co-operative. We carry out some play activities on our own, others we conduct as part of a group. Certain activities that we call play follow proscribed rules, others seem to revel in rule-breaking. Some are skill-based, others are simply games of chance.

The variety and variability of activities that we would define as play mean that there is no universally accepted definition of play.

As we have seen, play is notoriously difficult to define. However, in an effort to describe its characteristics, various writers have adopted a listing approach. They attempt to list different types of play. However, the basis for the classification is not always clear. On occasion, the activity of play appears to be classified according to:

A quick review of some of the literature on play, threw up the following categories.

This listing approach is not a very satisfying way of describing  play. It is not clear if all children, of all ages, will engage in each type of listed play, for example. However, certain categories are routinely utilized by professionals. Speech therapists frequently highlight symbolic play as important for language development and speech development.

Symbolic play is play in which a child substitutes one object for another. That is to say, one item is used to represent another item. For example, the child may sing into a hairbrush, using the hairbrush to represent a microphone. This demonstrates an ability to hold a mental image of an object (in this case, a microphone) and recreate the image using a different object that is available to the child. Symbolic play typically emerges from 12 months onwards. It has been linked to emotional development, problem solving and creative abilities (Hack, 1990). As speech and language are both representational systems that use symbols (speech sounds and words) to create meaning, the development of symbolic play is of particular concern to speech therapists. 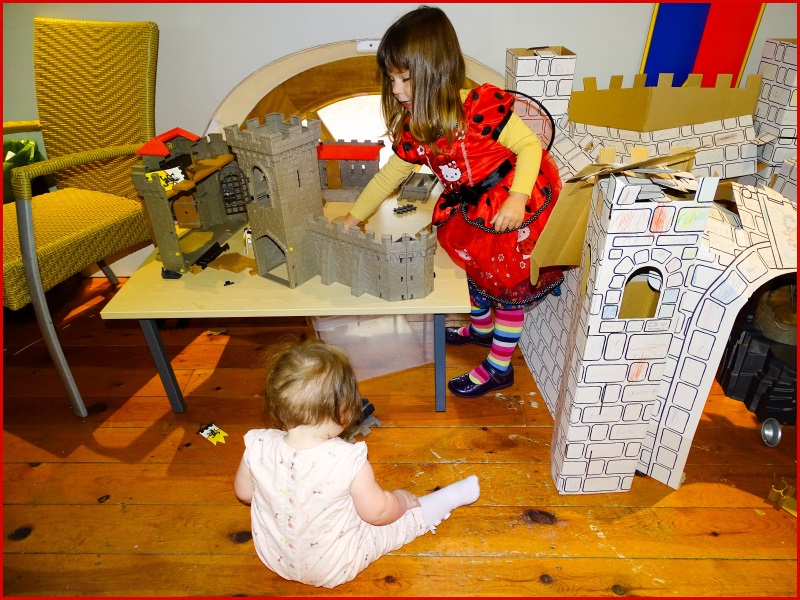 Imaginative play is play in which the rules which govern the physical world are suspended – they are not applied. For example, a child may move erratically around a room imagining themselves to be a snowflake, or they may pretend to feed a (non-existent) baby using an imaginary spoon. Imaginative play is thought to be a marker of cognitive development. In particular it is thought to develop so-called executive function, i.e. the child’s ability to regulate their own behavior. Executive function is an important skill for resisting impulses, managing emotions and self-discipline.

Neither the category of symbolic play nor imaginative play has emphasized the role of adults in children’s play. There is no consideration of whether or not children need adult’s help to make
sense of their discoveries within play. Of additional concern to a speech therapist in relation to this is guided play.

Guided play (also known as structured play) is play in which the adult has an input. This is usually with respect to in initiating the play and controlling the toys and objects used. Because speech therapists are concerned with delivering therapeutic programs intended to alleviate communication difficulties, they have specific learning intentions in mind. With toddlers and young children speech therapists will use guided play as an important means of intervening. (See Free and Structured Play for more information on this topic.)

The benefits of play

As we have seen, the listing approach to defining play presents a heterogeneous collection of characteristics. Other definitions focus on the supposed benefits of play, such as those listed for imaginative play above:

From an early age, play is important to a child’s development and learning. It isn’t just physical. It can involve cognitive, imaginative, creative, emotional and social aspects. It is the main way most children express their impulse to explore, experiment and understand. (Dobson, 2004:8)

The purpose of play

Still other definitions focus on the perceived benefits of play:

Play is freely chosen, personally directed, intrinsically motivated behavior that actively engages the child… Play can be fun or serious. Through play children explore social, material and imaginary worlds and their relationship with them, elaborating all the while a flexible range of responses to the challenges they encounter. (NPFA, 2000:6)

It is noticeable, however, that this definition excludes extrinsically motivated activities.

Owing to the often ambiguous nature and variety of activities that we call play, the definition of play remains elusive. This need not be problematic, however. Perhaps all that is required is that parents, carers and children’s services professionals are clear about why we value play and, through repeatedly observing play, come to some understanding of what play means to children. This, together with an understanding of some of the published benefits of play, should build an awareness of what it means to play.

Dobson, F. (2004) Getting Serious About Play London: Department for Culture, Media and Sport.