You are here: Home > Communication > What Do We Talk About?

What Do We Talk About? 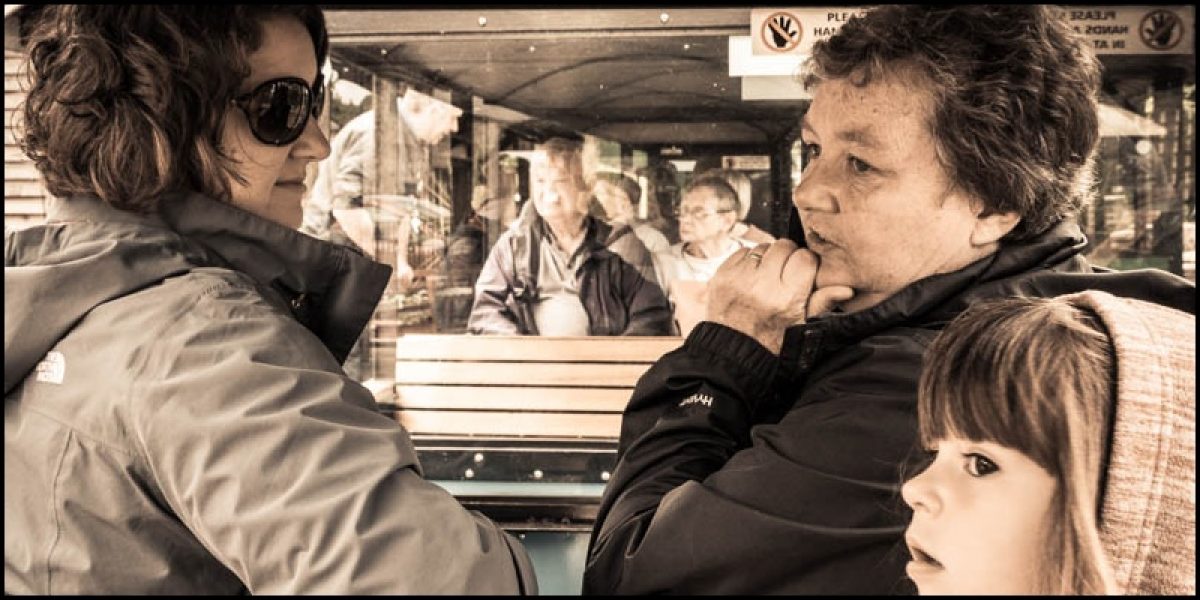 When we communicate (either through speech or in writing), we represent our experience linguistically by packaging information into clauses. Consider the following:

we are going to Susan’s for dinner

This utterance appears to be made up of four so-called phrases, as follows:

We have seen elsewhere (Syntax) that phrases represent an intermediate level of organization between the word and the clause, i.e. words do not combine immediately into clauses but into smaller units known as phrases.

The above utterance, then, is constructed of four phrases.

Now, using the scheme (taxonomy) set out in the article entitled Syntax, the above utterance could be analyzed as:

As such, it exemplifies one of the seven types of clause structure typical of English – the SVA structure.

We use clauses, then, to represent our experience and to package any information we wish to communicate. Indeed, clauses appear to be the fundamental unit of language for doing so. All clauses, it seems, have a process and a minimum of one participant (unless it is a command such as No! or Run!). Circumstances are somewhat optional: because they supply extra detail their inclusion is not always essential. Here are a few more examples:

We see, then, that the process function in a clause is used to represent goings-on (happenings and states of affairs), either in the past, present or future, e.g. married (past), barked (past), breathe (present), is building (present), is going to sing (future), will ride (future). We can also discern that the process function is typically realized by a so-called Verb Phrase (a group of words built around a head verb).

So, when we communicate, what do we talk (or write, or sign) about? What sorts of processes are involved? Well, typically, the goings-on that we communicate are states, events or actions.

States refer to the way people or things are, what they are like, the condition they are in, where they are, the position they have taken up, and similar. Consider the following:

The Verb Phrase have can be seen to represent a so-called quality. In this case it is a more-or-less permanent quality of dogs: dogs are in the state of having four legs. What about this next example?

my clothes are all wet

This time the Verb Phrase are represents a temporary state (my clothes are wet now but they are likely to be dry later).

Events refer to things that happen. There is no stated human or other animate instigator of an event – they simply occur. Consider the following:

the kettle is boiling

We see in this utterance that no human or other instigator is stated and that the boiling of the kettle is currently happening – the event has not yet concluded (i.e. the kettle has not yet boiled) and, as it is continuing to boil, this is an ongoing event. By way of contrast, look at this next utterance:

Again, there is no stated instigator of the happening. However, this time, the event is concluded and concluded instantly (at one instant the car was moving and at another instant it stopped moving). This is, therefore, referred to as a transitional event.

Actions do not just happen. Unlike events, they are usually performed by human or animate instigators. They are usually the result of intention on the part of the agent. In sum, actions are done by somebody or some animate thing. Consider the following:

The Verb Phrase extracted is used here to represent an action that took place over a period of time (presumably it takes several minutes to extract a tooth safely) and which is now concluded. This type of action is, therefore known as an accomplishment. We can contrast this with the following:

Graeme tapped her on the shoulder

Here the Verb Phrase tapped represents not an action occurring over a period of time but one which is prompt or punctual. It is known as a momentary act.

We communicate goings-on (our thoughts, ideas, desires, things that actually happen, stories, and so on) by packaging information into clauses. Minimally, a clause consists of a process and at least one participant (unless it is a command such as No!). In addition, circumstances may be added to provide additional details about the process. Processes are typically realized by Verb Phrases and the goings-on that we talk about are usually states, events or actions. That’s what we humans do – we talk about states, events and actions.