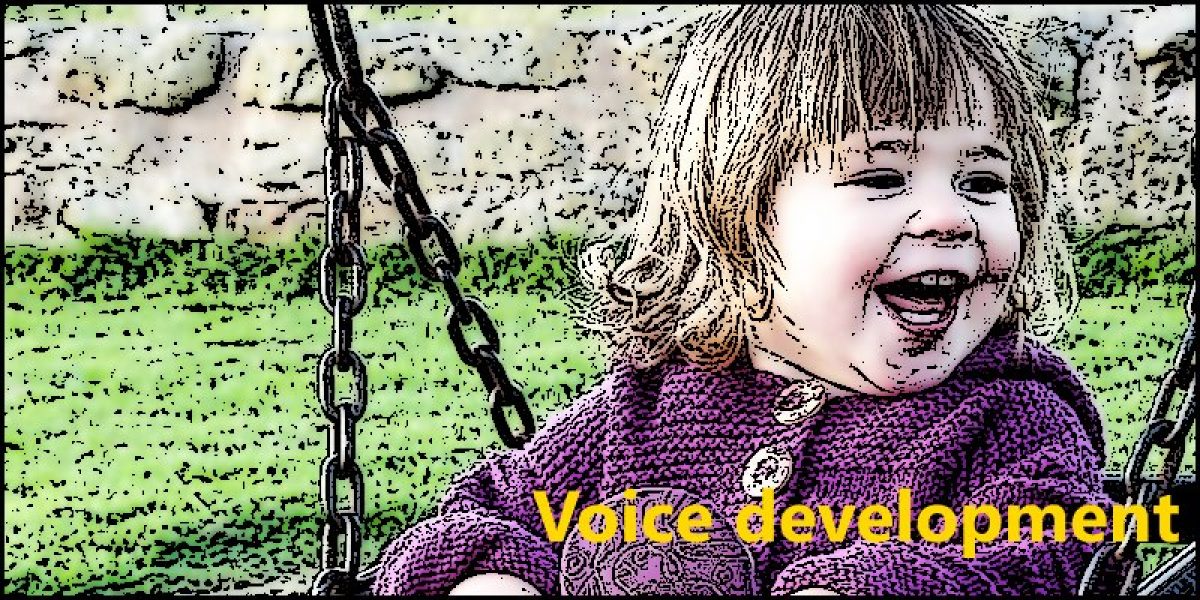 Development of the voice

As with language development and speech development, development of the voice also follows a fairly predictable pattern.

There is a remarkable similarity in the quality of babies’ first cries. The pitch is about the note A above middle C on the piano.

Young infants are able to scream at very high pitches but this disappears as the larynx grows.

At about six months of age, when the child is beginning to babble (see Language Development for an explanation of babbling), they will use a pitch range that is equivalent to the middle range of an adult mezzo-soprano. The larynx continues to grow and the child’s singing voice develops until, at about six years of age, the vocal range of the C major scale is achieved.

During puberty the sex glands become active and there is a rapid increase in the size of the larynx forcing the voice into a lower pitch.

This is particularly noticeable in boys and it is known as vocal mutation, i.e. when the voice ‘breaks’.

The implication here, of course, is that vocal mutation also occurs in girls. This, in fact, is true but as the larynx does not grow as large in girls the changes are less apparent.