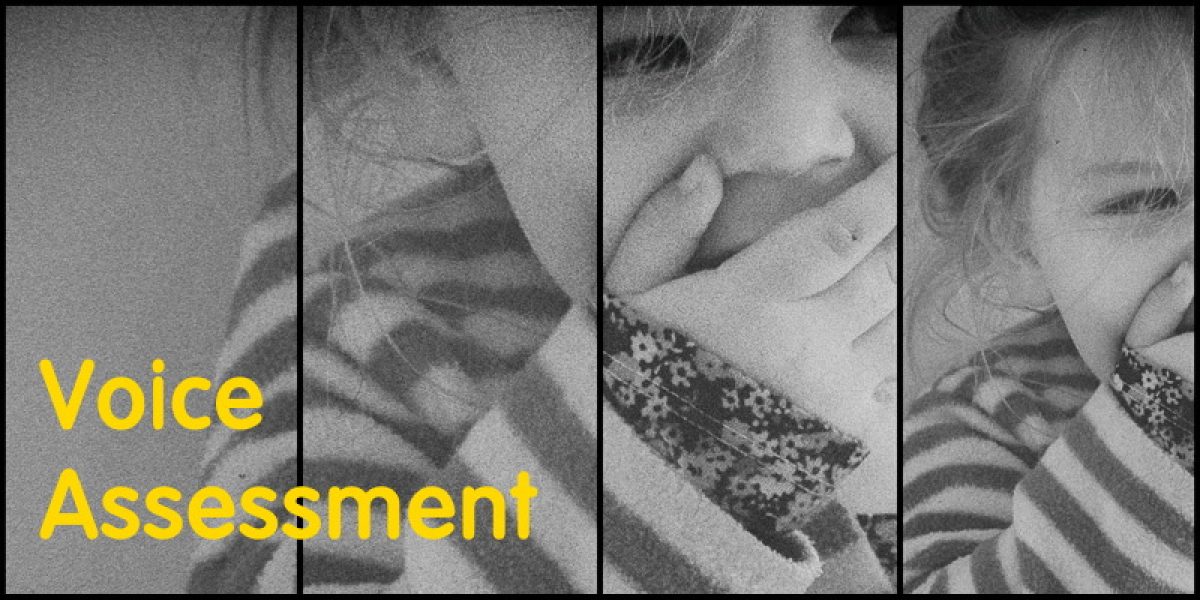 In order to carry out robust assessments of the human voice that are useful for diagnosing potential voice disorders, providing baseline data against which therapeutic progress can be assessed, the collection of data for research purposes, and similar, it is advisable to follow an assessment protocol. A protocol is a detailed, often standardized, procedure with clear guidelines regarding the exact method(s) of how to conduct a particular assessment. It sets out what data should be collected, under what conditions, exactly how they should be collected and by whom. Protocols attempt to reach agreement and uniformity concerning methods of voice assessment.

There are four main procedures for assessing the human voice for potential voice disorders:

The information routinely collected in a case history will vary from institution to institution. However, a typical data collection is as follows.

Data in this category may also be gathered using self-completed questionnaires. These typically investigate the client’s own perceptions (or primary caregiver’s perceptions in the case of a young child) of the extent to which their presenting voice difficulty is interfering with their daily living routine; how it affects their quality of life; their perceptions of the type and severity of symptoms, and similar. Example questionnaires include: Voice Symptoms Scale [VoiSS] (Deary et al, 2003), Voice Handicap Index [VHI] (Jacobson et al, 1997), and the Pediatric Voice Handicap Index [pVHI] (Zur et al).

The perceptual assessment of voice involves describing a person’s voice only by listening to it.

There are several published protocols to assist perceptual assessment. One such protocol is the GRBAS Scale (Hirano, 1981) which targets only voice quality: describing it in terms of Roughness, Breathiness, Asthenia (voice weakness), Strain and the overall Grade of the quality. A more encompassing protocol is the Vocal Profile Analysis protocol (Laver et al., 1981), which examines such things as vocal tract muscle tension, mandibular features as well as phonation type. Despite these protocols having been published several decades ago, they are still in use today in many clinics around the world. That said, as perceptual assessment relies heavily on the clinician’s own training in listening skills, clinicians often devise their own protocols, frequently adopting an eclectic approach that draws on areas of assessment cited in several published assessments. However, this must not be interpreted as being an unprincipled approach: all clinicians will adopt methods that systematically assess/measure relevant vocal parameters.

The instrumental measurement of voice seeks to make quantifiable and objective measurements of vocal characteristics.

There are four main methods of laryngoscopic examination for investigating the larynx and vocal tract: