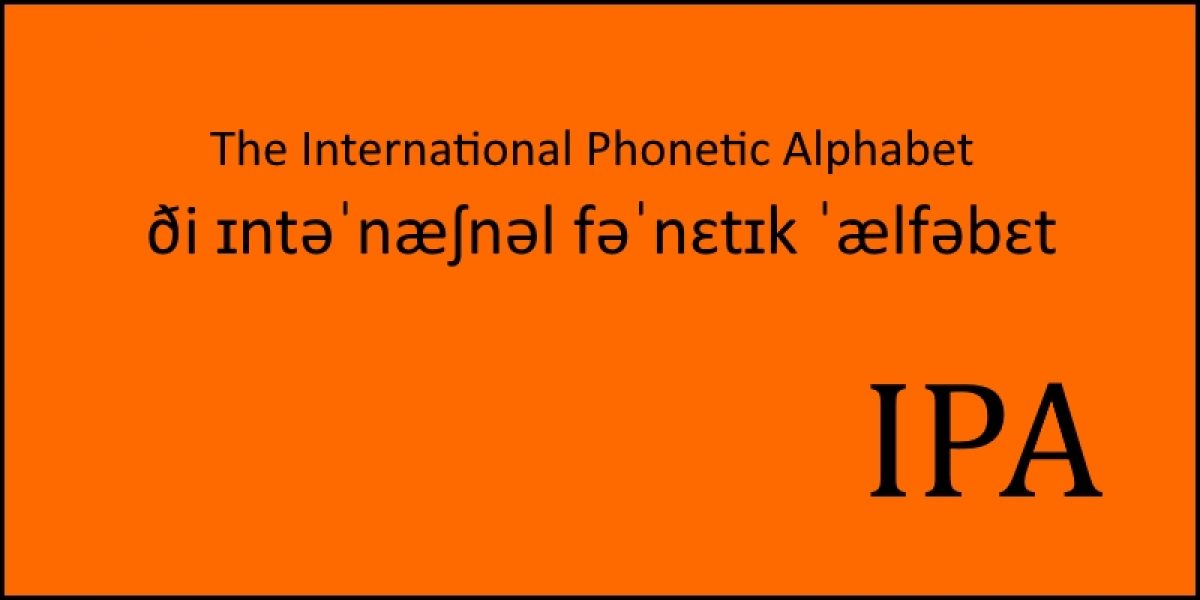 What do you think was actually given? Did Davinda stand tall, half raise his right arm, pass it across his torso, smile at Kathryn, and then bend forward at the waist for a couple of seconds before standing upright again? Or did Davinda hand Kathryn a silk ribbon tied into a decorative knot?

The problem in interpreting the above text is that we are relying solely on standard English writing, or orthography. Clearly, if we just write the word bow, you will not know if the word means ‘to stoop’ or ‘a decorative knot’ (1). The difficulty lies in the fact that there is no one-to-one relationship between the alphabet letters used in writing words and the actual sounds that make up those words when spoken.

In English there are 26 letters in the alphabet but there are around 44 speech sounds. In the case of bow it is the vowel that differs. If the word is used to mean bending or stooping then the vowel, in the spoken word, is the same as that in the words now, and cow. If, however, we mean a decorative knot then a different vowel is spoken, this time it is the same sound as in the words show, low, and know. So, we say that the same orthographic representation can have a different acoustic representation.

Now, consider the following words, all of which contain the alphabet letter ‘a’. How many different sounds does the letter ‘a’ represent?

There are actually four different sounds represented by the letter ‘a’ in the above examples:

So, we see that the same alphabet letter can represent different spoken sounds.

Similarly, the same sound can be represented by different combinations of alphabet letters. Consider the six different spellings of the one sound ‘sh’ in the following words:

Clearly, then, English orthography is not a satisfactory way of transcribing English speech sounds. What is required is a system that has a direct one-to-one relationship between an actual sound and the symbol used to represent that sound. In addition, it would be helpful if this system were standardized, i.e. accepted and used by a large number of people.

One such system, and by far the most popular, is the International Phonetic Alphabet (IPA). This is a notational system for representing speech sounds in any world language. With this system, there is an unambiguous one-to-one relationship between a speech sound and the written symbol used to represent that sound. So, returning to our example of ‘bow’, if we wished to use the IPA to represent phonemes (the simplest speech sound elements that are used to differentiate between one word and another) then our two options would be:

[There are, of course, several other definitions of the word bow, e.g. the front of a ship, a tool for playing the strings of a cello, a weapon for shooting arrows. However, for the purposes of the current argument it is convenient to ignore these.]

Sequences of speech transcribed in IPA are typically enclosed in slash brackets, / /.

The full chart of IPA symbols (2) (download a copy (2015 version)) is complicated and practitioners typically require specialist training in order to use it. Speech therapists are trained in using this system to transcribe speech, whether this is typically developing or disordered speech. The following is a reduced set of symbols, showing the 24 English consonant sounds.