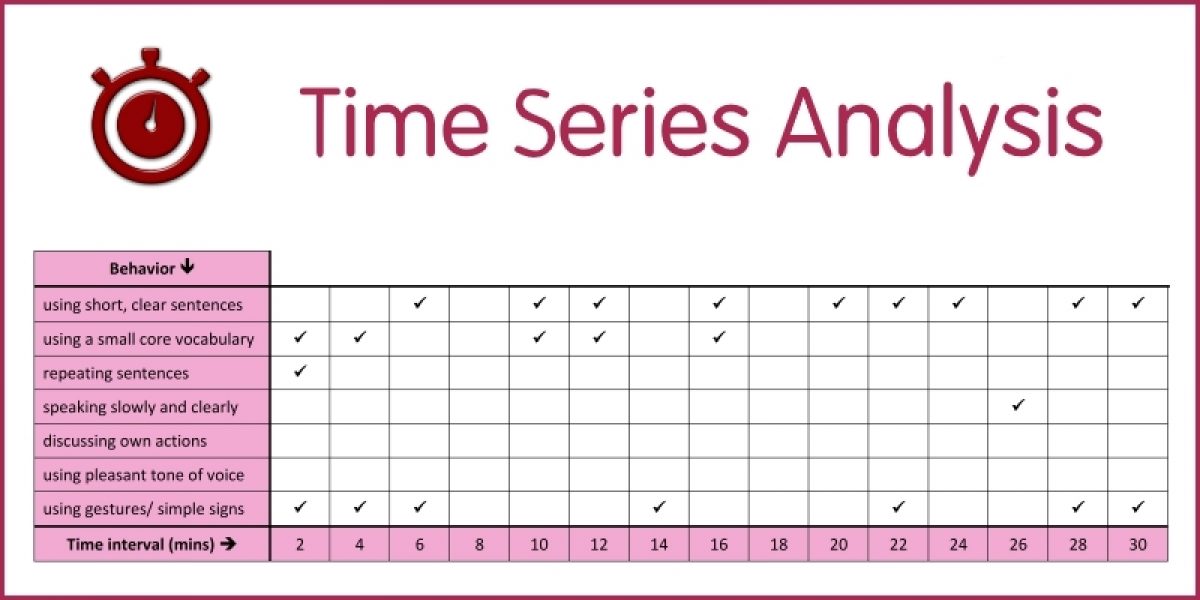 How am I doing?

As we develop our skills in working with people with speech, language and communication needs we will likely need to monitor how well we are doing. This will be particularly important for practitioners who are required to maintain a record of continuous professional development (CPD), i.e.

“A range of learning activities through which health and care professionals maintain and develop throughout their career to ensure that they retain their capacity to practice safely, effectively and legally within their evolving scope of practice.” (HCPC, 2012)

There are some simple ways to audit our performance. These so-called quality audits usually attempt to determine our conformance to a set of pre-declared standards. We will briefly consider two methods: (1) a simple checklist, and (2) a more detailed time series analysis.

An uncomplicated way to monitor our own behavior is to use a checklist. In the checklist below we have adapted some of the facilitating behaviors suggested for improving interaction with children with communication disabilities (see Good Communication Skills) as our standards. 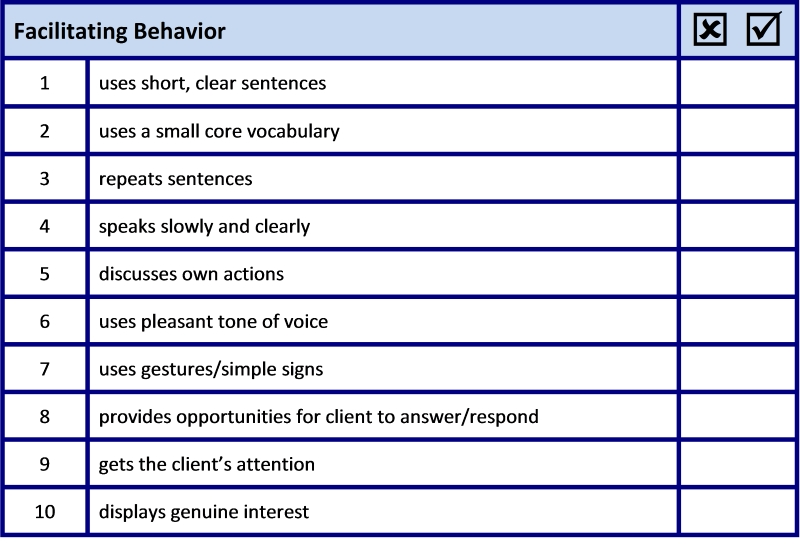 A checklist is just a list of things to be checked – in this case, is the practitioner carrying out or otherwise demonstrating the use of the listed facilitating behaviours in his or her practice? A checklist provides an all-or-nothing statement about any particular behavior: the practitioner either did or did not use the behavior once during the whole period of time they were being observed. So, we have no idea about the extent to which these behaviors were used and the frequency of their use.

For example, if a behavior was only used once in a 3-hour period we would have no way of knowing this*. So, whilst useful, checklists are rather limited.

* Of course, we could add frequency data by ruling that a check mark is only to be awarded when a behavior has been observed on, say, five occasions, or eight, and so on.

We can improve the simple checklist by making observations over a set period of time. This is known as Time Series Analysis, i.e. a sequence of data points (observations) measured at successive and uniform time intervals. Above, we have a simple matrix capable of listing up to 10 behaviors that we may wish to observe. In addition, we have set up the matrix to observe the selected behaviors at intervals of two minutes over a period of 30 minutes.

So, an observer would watch the person to be audited at work and have available a means of telling the time. After the first two minutes, the observer would watch the worker for around 20 seconds. During this time, he or she would check any of the itemized behaviors being displayed by the worker. At the end of this 20 second observation period the observer would sit quietly again until the fourth minute, when they would observe and record any relevant behaviors during the next 20 second period. This pattern of observation and recording is repeated until the 30 minutes expire or the session has ended naturally.

For audit purposes, the matrices can be converted into bar graphs to give a quick visual account of a worker’s use of selected facilitating behaviors.

Graphs such as these can be held in your Continuous Professional Development (CPD) file, as evidence of your ongoing commitment to improving your practice.

Audit is designed to help practitioners and their clients. It is most definitely NOT a tool to be used by management to criticize employees. Any suggestion that an audit tool is being used for purposes other than staff and/or service development will damage any trust in the process and is likely to have long-lasting detrimental effects. Staff members should be encouraged to be self-reflective about their practice and to actively seek ways of improving their skills base by working in partnership with colleagues.