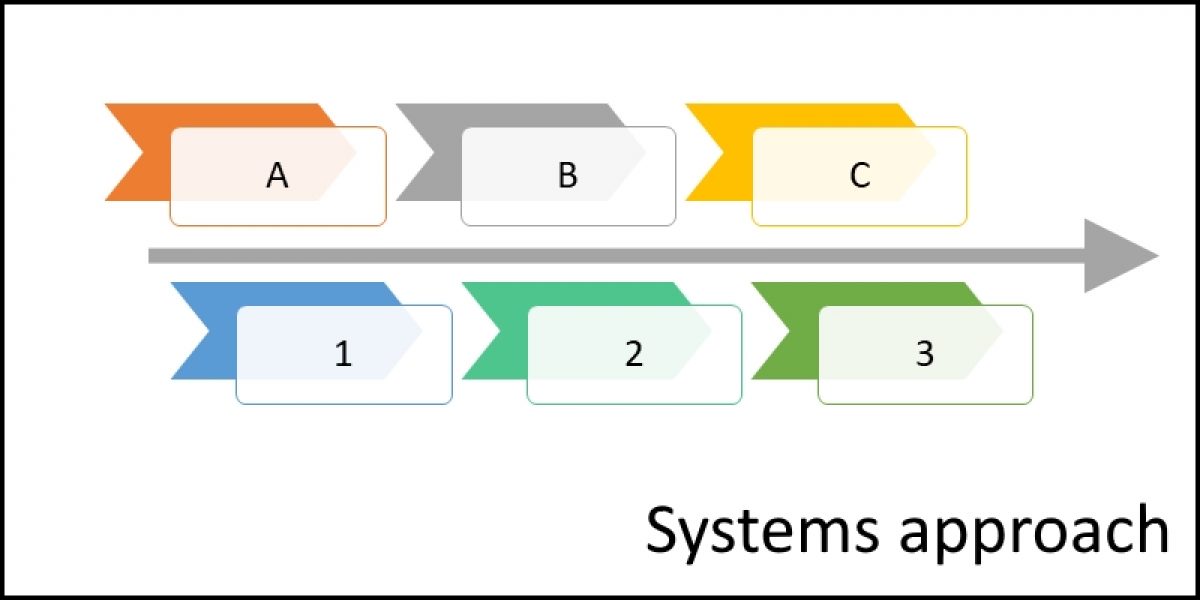 A systems approach to investigating what happens when things go wrong puts the emphasis on changing the system and not blaming, punishing and removing individuals. This article introduces Root Cause Analysis as a means of investigating problems in organizations.

One means of understanding why individuals perform particular behaviors is to apply the  Theory of Planned Behavior. This is helpful in comprehending and explaining individual behavior but it does not primarily address group behavior. A useful way to understand the behavior of groups of people (e.g. families, Pediatric Speech Therapy team, teachers within a school, volunteer helpers) is to use a systems approach. A system can be defined as “a group of interrelated, interacting or interdependent elements forming a collective entity” (Layton and Martin, 2006:17). Thus, a whole organization or a Department within an organization, or even a Team within the Department can be considered a system. The approach encourages us to see people not as isolated units but as functioning within a wider social system. We begin to see how change in one part of the system will affect all other components.

One way of understanding systems better is by investigating what happens when things go wrong (this is analogous to the ways in which neurolinguists have better understood how the brain processes language by studying damaged brains, e.g. such as when a person has a stroke and a resultant language deficit known as  aphasia).

From my previous work in the UK National Health Service, the National Patient Safety Agency (NPSA) devotes its time to investigating so-called Patient Safety Problems. These are defined as any unintended or unexpected problem which could have or did lead to harm for one or more patients receiving care. A problem itself is defined as any deviation from expected results. The NPSA has developed a  number of Root Cause Analysis  resources to assists those investigating problems to focus on systems rather than the individuals within those systems. One can, therefore, contrast a person-centered approach with a systems approach, as follows.

Whilst the NPSA is concerned with improving patient safety, we can nevertheless usefully apply some of their approaches to an analysis of any system within an organization (e.g. school; kindergarten; football club; family) that appears to be failing or has broken down all together. The aim is to identify the so-called root cause of a problem. A root cause is the prime reason(s) why a problem has occurred and it is often related to a deficiency in management systems. The following fishbone diagram  (or Ishikawa diagram) can be used to map any contributing factors (NPSA, 2010a).

The following definitions help in interpreting the diagram (adapted from NPSA (2010b)).

Inherent or imbedded organizational factors. These can lie dormant and unrecognized within an organization, or they might be recognized but not viewed as priority because of other pressing concerns.

Supports and aids in the safe and effective delivery of particular functions within the healthcare process(es).

The reliability and functionality of equipment provided to deliver care to patients. Resources such as appropriately skilled personnel, money for training and equipment purchase also directly impact performance and the likelihood error.

Those factors affecting the ability to function at optimum levels in the work place, e.g. uncomfortable heat, poor lighting, noise from equipment, building works, overcrowding, and so on.

Factors that the other individual(s) involved in the problem bring that are unique to them – includes psychological, home, work relationship factors and others.

Any aspect of communication (verbal, written or non-verbal) that affected task completion/poor performance.

The availability and quality of the training programs available to staff can directly affect their ability to perform to their job specification and respond appropriately under difficult or emergency circumstances. The effectiveness of training as a method of safety improvement is also affected by content, delivery style and assessment of skill acquisition, monitoring and updates.

Predominantly involves communication type issues. However, management style, traditional hierarchical structures and lack of respect for less senior members of the team can substantially affect team cohesiveness. Perception of role (both own and others’) also affects team functioning.

Issues that are unique to the patient(s) involved in the problem – often grouped into social and cultural factors.

The contributory factors described above are typically divided into influencing factors and causal factors: