You are here: Home > Language > Syntax 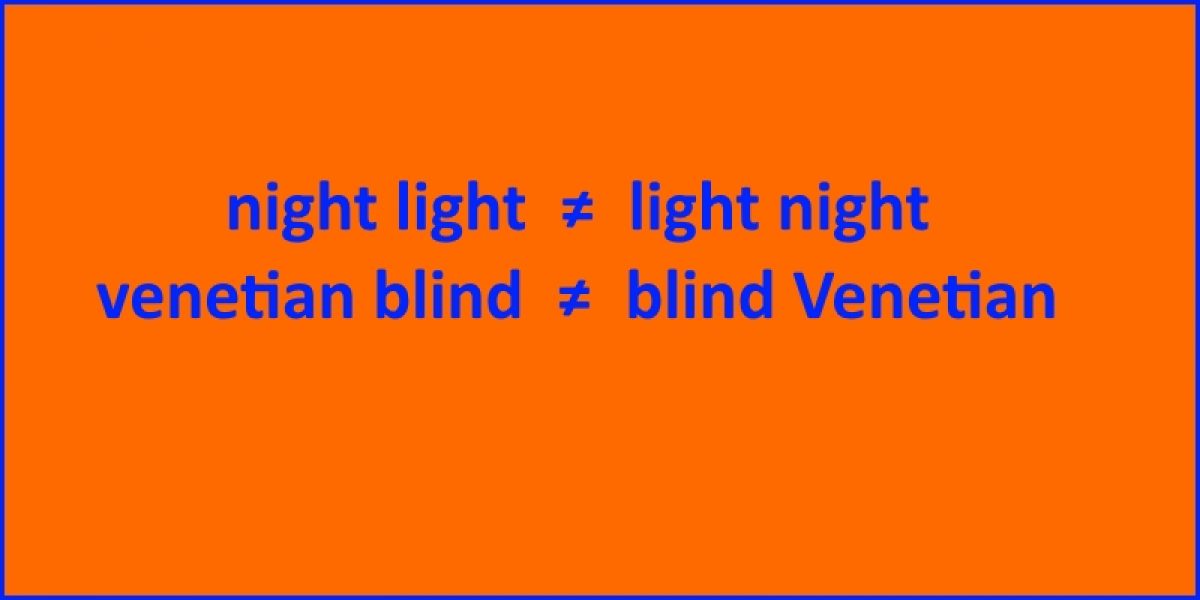 An understanding of morphology demonstrates that there is an accepted sequential order for the addition of bound morphemes to free morphemes. So, the following sequences are acceptable.

However, the following constructions are not permitted by the sequential rules governing the placement of bound morphemes.

Two common interpretations would probably be either, ‘without the power of sight’ or ‘a screen for a window’. Now, what does this word mean?

Did you interpret this as meaning ‘a native or inhabitant of Venice’? Perhaps you again considered it to mean, ‘a screen for a window’? But now consider the following.

Is this the same as the following?

It should be obvious that a Venetian blind is not the same as a blind Venetian!

This simple example illustrates very well the notion of syntax. It is apparent that the correct sequencing of words is crucial to convey the appropriate meaning. Syntactic rules, then, govern which words can be associated with which other words in a language, and in what order. Failure to follow the rules of syntax can result in meaningless word combinations, e.g.

to colleague not estranged my chose phone I

[cf. I chose not to phone my estranged colleague]

In contrast, an appropriate application of syntactic rules can lead to a variety of utterances, all of which convey the same essential meaning:

Now, as you might expect, words also combine to form larger units. Consider the utterance my favorite soccer star scored the first goal. Notice that the words in this syntactically correct structure appear to combine into three units:

We can represent this as follows.

These units are known as phrases. Phrases represent an intermediate level of organization between the word and what is known as a clause.