You are here: Home > Stuttering > STUTTERING 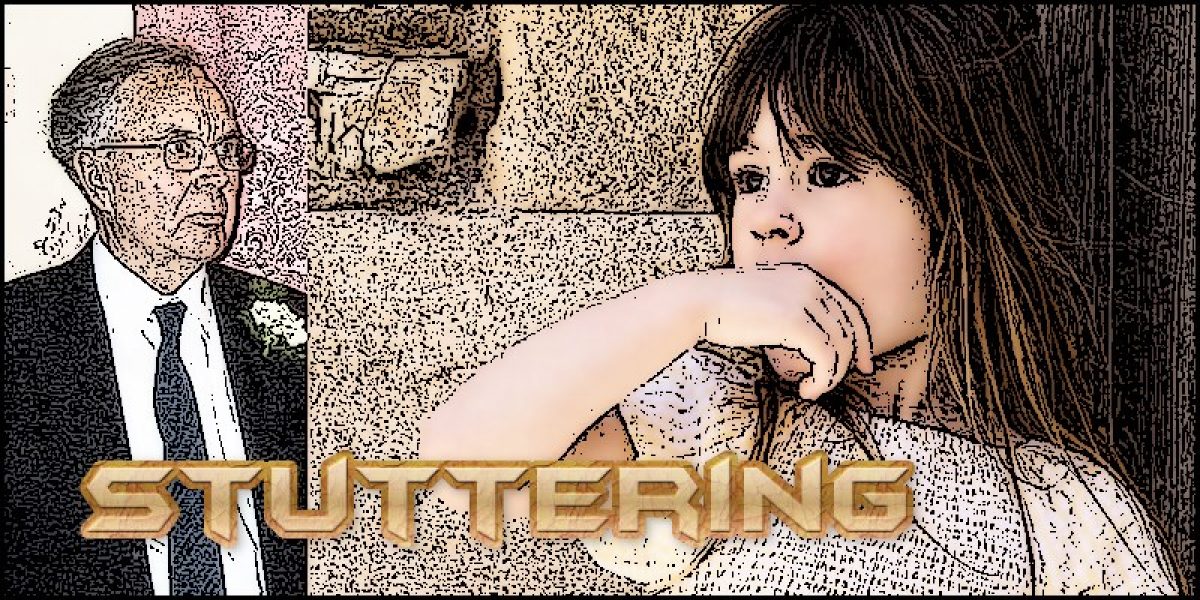 During the course of a conversation most speakers make several unplanned repetitions of words or syllables, prolongations of sounds, and hesitations. These features of talk tend to break up the smooth, fluent, rhythmical flow of speech and create dysfluency. Each of these features of talk is described briefly below.

There are four broad types of repetition exhibited in talk. These are repetitions of:

We all make several unplanned repetitions in the course of a conversation: this is quite usual. For children between 3;00-4;00 years of age about 90% of the repetitions they make are repetitions of words and phrases. Less than 10% of repetitions are of sounds or syllables.

During natural talk, certain speech sounds may be prolonged:

This is another fairly typical feature of most people’s speech. The person may be engaged in some lengthy conversation, responding to a question or whatever, and he or she pauses for a moment before continuing with an utterance. Such hesitations can appear anywhere in an utterance, at the beginning, middle or end. There are two types of pauses:

People who stutter are typically identified as having an excess of repetitions, prolongations and hesitations in their speech. It should be apparent from the above discussion, however, that the range of what is considered typical fluency is quite wide. At what point, for example, do we consider that the number of repetitions constitutes a stutter? How many hesitations does someone have to make in order to be considered to have a stutter?

The answers to these sorts of questions are not easy to find. However, people displaying what is referred to as normal dysfluency demonstrate little frustration in producing speech, which characteristically contains several chance repetitions, prolongations and hesitations. The person will typically use appropriate non-verbal communication, such as making eye contact when both speaking and listening, and there will be no accompanying facial grimacing or other muscular tension in the vocal apparatus.

In many respects, stuttering is a self-defined concept. If a speaker considers that they are exhibiting so many repetitions, prolongations or hesitations that it is unduly interfering with their ability to communicate clearly and convincingly, then they may perceive that they have a stutter.

In fact, there is a fourth feature of talk that only seems to appear in the speech of people who define themselves as stuttering – blocks.

Blocking is not usually present in normal dysfluency. So, when it is present, it is an indicator of stuttering. It occurs in relation to the coming together of two articulators (structures within the vocal tract, such as the lips, teeth, tongue and palate, that are used to form speech sounds). It arises when two articulators come together with such force that they cannot be easily parted. For example, to say the consonant sound ‘g’ (as in the words gun, go and Graham) the back of the tongue (one articulator) contacts the soft palate (a second articulator). Typically the contact between the articulators is released rapidly, generating the popping sound ‘g’. In blocking, however, the two articulators are held together with excessive force and for longer than is necessary. In severe cases, the contact can be held for 5-10 seconds. This blocking behavior can be extremely tiring for the individual, as their breathing is typically halted whilst the block is taking place. In addition, blocks are frequently accompanied by a good deal of muscle tension in the head and neck area, and in the chest.