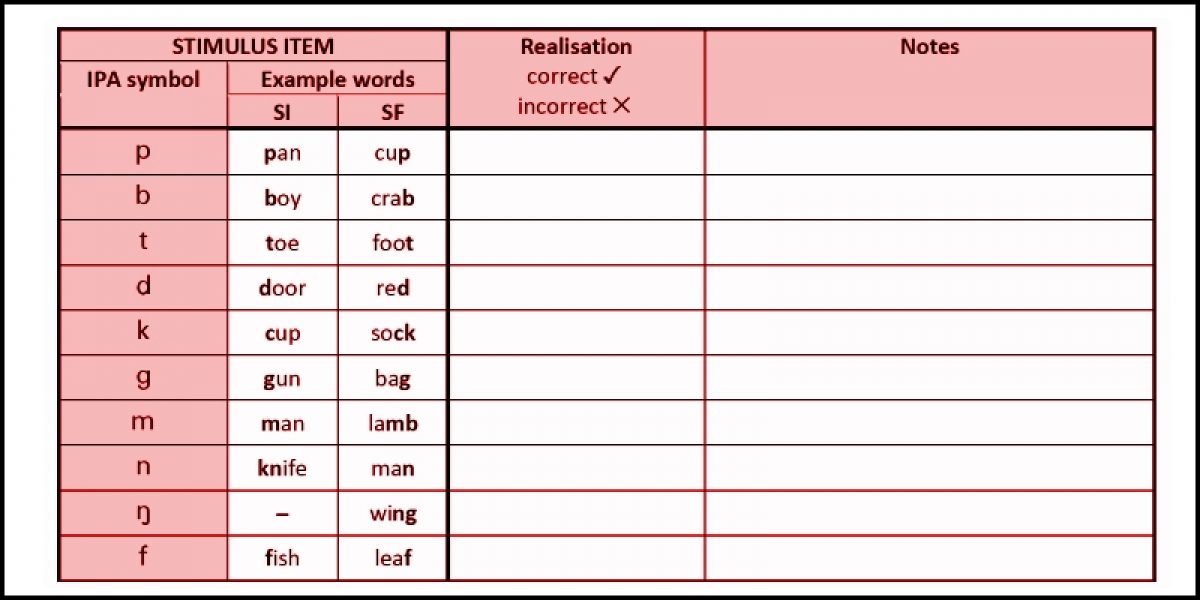 How to conduct a Stimulability Test

This is a simple test which is used to determine whether or not a person may have difficulties articulating particular speech sounds. It is quick (no more than 10 minutes) and easy to administer, as follows: 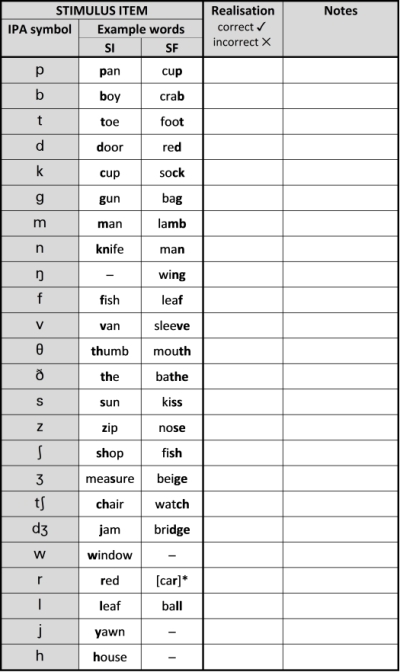 Of course, the Stimulability Test presented above only assesses consonants. It is possible that a person may have difficulties articulating vowels. Since vowels are open sounds that are produced with no obstruction to the airflow from the lungs as is escapes through the vocal tract, such difficulties are less common. However vowel distortion can be a feature of dyspraxia (the reduced ability to perform purposeful movements of the vocal tract that cannot be attributed to impairments of motor or sensory functions) and dysarthria (reduced precision, range and speed of movement of the vocal apparatus due to a neurological impairment). Note: As dyspraxia is often characterized by a reduced ability to perform previously learned skills, some authorities classify oral dyspraxia (verbal dyspraxia; developmental articulatory dyspraxia) as a cognitive disorder.