You are here: Home > Research Methodology > Statistical Approaches to Normality 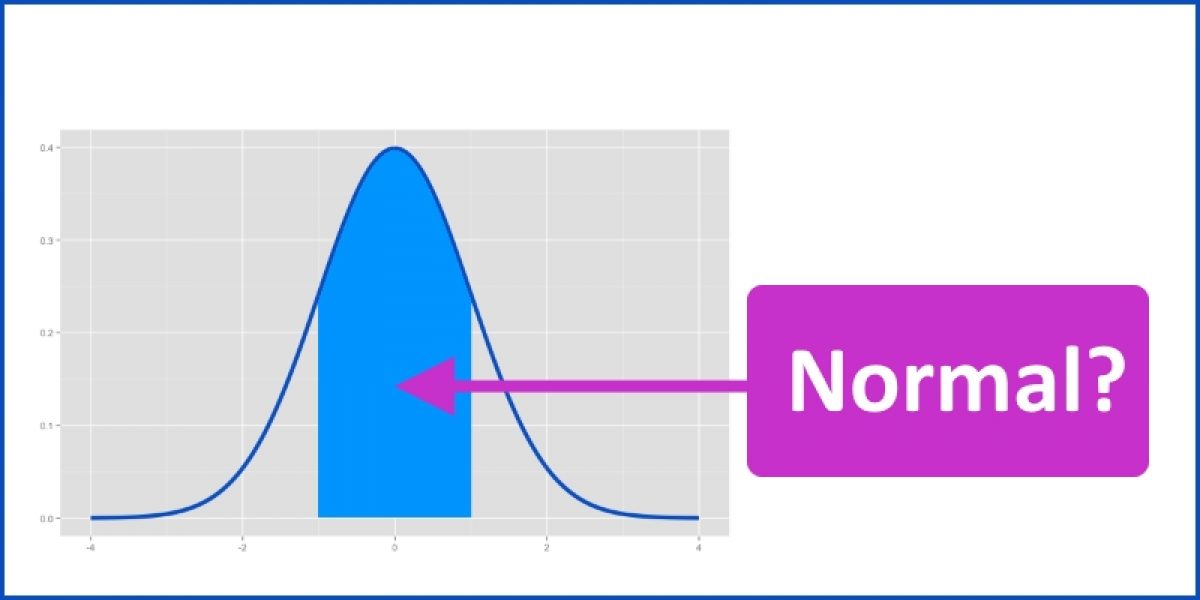 Statistical approaches to ‘normality’ define it in terms of a normal distribution curve, with the so called ‘normal zone’ accounting for 68 percent of all the data.

What did you base your idea of ‘normal’ height on? (see Definitions of Normality). It might have been based on your own experience, reflecting the average height of women in your community. Similarly, ‘abnormality’ can be defined in terms of low statistical frequency. If what is most common in the general population is considered ‘normal’, then any behavior or psychological characteristic that occurs only rarely may be regarded as ‘abnormal’. From this viewpoint, above average individuals are just as ‘abnormal’ as those who are below average.

This approach is particularly suited to variables that are dimensional, such as height, temperature, weight or scores on certain speech and language tests. A variable is simply any entity that can take two or more values, such as sex (male or female), number of cars in a garage (e.g. 0, 1, 7) or IQ score (e.g. 100, 104, 143). Sex and number of cars are known as discrete variables because they take individually distinct values, e.g. sex can either be male or female, the number of cars can only be whole numbers – you cannot have, for example, 1.7 cars in a garage. By comparison, continuous variables can take any value between two extremes, e.g. age or income. So it is possible to be 1.7 years old or to have an income of 1.7 million dollars. Continuous variables are not limited to taking only whole numbers, distinct values or distinct scores – they vary continuously. As such, these variables lend themselves to measurement on a continuous scale.

If you look at Figure 1, you can see the so-called normal distribution curve with the mean (average) value in the middle. About 68 percent of all values are within one standard deviation (SD) of the mean (Dancey and Reidy, 2008). [The standard deviation is a measure of how spread out the data are – it is the average distance from the mean.] Another way of saying this is that there is a 68% probability that a score will lie within -1 SD and +1 SD of the mean. The area under the curve between -1 SD and +1 SD of the mean is termed the ‘normal zone’ of the curve. The standard deviation for a set of scores can therefore be used to define the boundaries of what ‘normal’ might be. 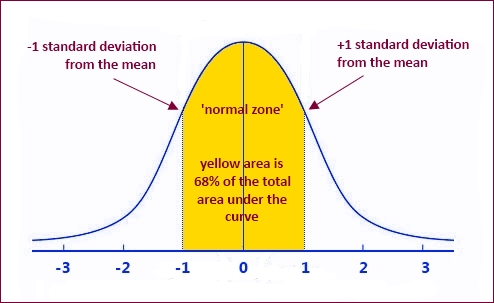 [Note that this choice of the percentage of values which comes under the ‘normal zone’ of the curve is arbitrary in the sense that it was defined by statisticians, and does not reflect any natural circumstance or law.]

Another example is that of IQ scores, which are constructed to be normally distributed with a mean of 100 and a standard deviation of 15 (Figure 2). This means that IQ scores between 85 and 115 are considered to be ‘normal’. Scores lower than 85 are regarded as abnormally low (the bottom 16 percent), and scores higher than 115 are seen as abnormally high (the top 16 percent). 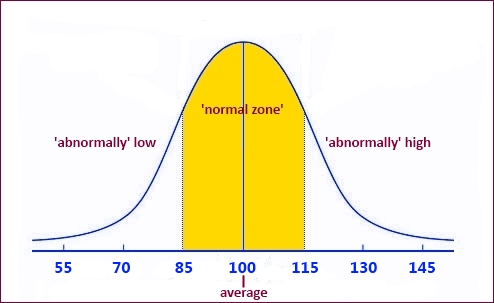 Problems with the statistical approach to ‘normality’

This seemingly simple and objective approach to defining ‘normality’ is in fact quite problematic. If deviation from statistical norms is used to define ‘abnormal’ functioning, then the following questions about measurement must be answered.