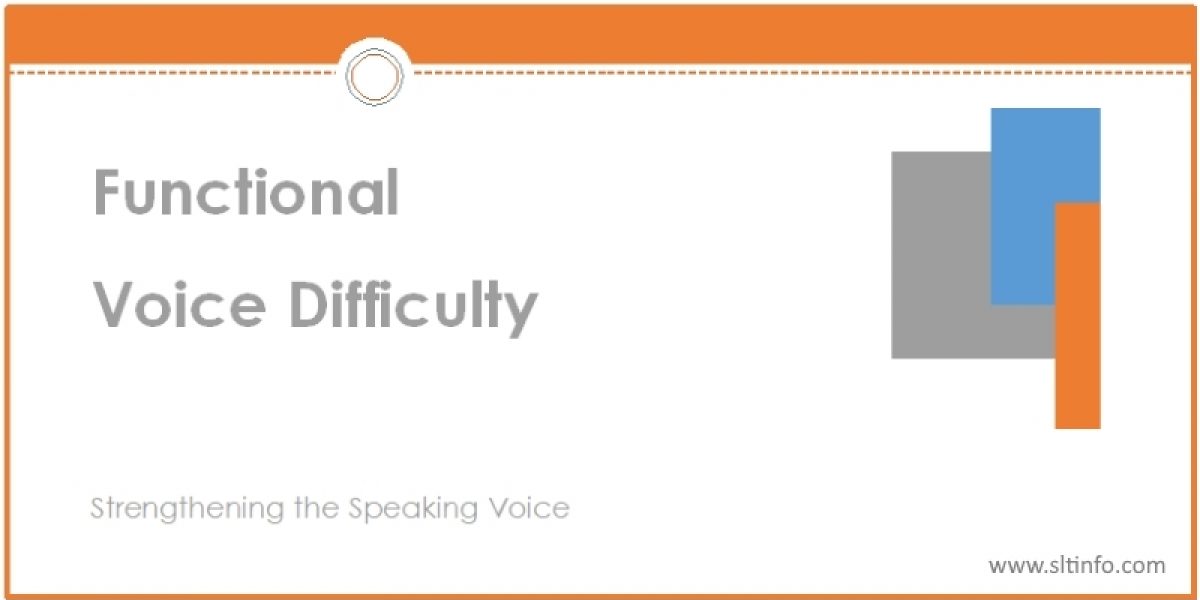 Referring to the information leaflet (written out immediately below and downloadable at the end of this page), a brief explanation of functional voice difficulty should be provided. The leaflet sets out the following information.

The information leaflet is quite detailed, and clients will most likely need to go away and read it in their own time. However, a brief explanation that emphasizes that it is a voice difficulty that manifests itself in the absence of any primary anatomical, neurological, or other organic difficulties should be given [1]. Discussion of the information contained in the leaflet can serve as an ‘ice-breaker’ and help the clients get to know each other (see Running Groups).

What are the symptoms?

There are a variety of symptoms and, again, these differ from person to person. However, some of the following are typical.

Rather like the symptoms above, the causes will vary from person to person. However, the following (in no particular order) are known to contribute to functional voice difficulties.

What can I do about it?

And the good news…..

As the causes and symptoms of functional voice difficulties vary so much from person to person, it’s not possible to predict that you will be able to improve your voice 100%. However, experience shows us that, by following the advice contained in this course, it is likely that you will increase the flexibility and strength of your voice and that you will be better able to manage any potential difficulties in the future.

[1] Many people with functional dysphonia engage in compensatory behaviors that can sometimes lead to organic changes, such as vocal fold nodules, polyps, cysts and laryngitis. If any group members exhibit such secondary organic lesions this will likely need to be discussed and explained.