You are here: Home > Voice > Rhythm 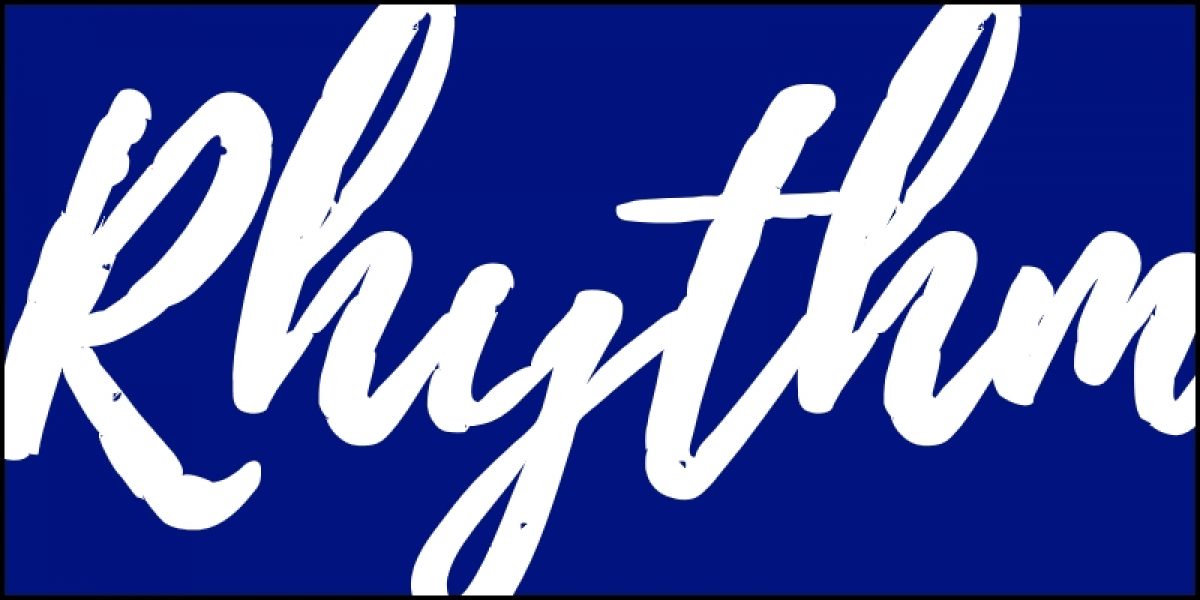 Some syllables in polysyllabic words may naturally be given more emphasis than others, i.e. they are stressed. Other syllables are either given less stress or no stress at all. The occurrence of stressed and unstressed syllables in connected speech provides a characteristic beat or rhythm to the speech. Consider the following utterance.

This utterance appears to divide up naturally into three beats. Each beat, in this instance, is two syllables long. The first syllable of each beat is unstressed and the second syllable is stressed. Now consider the following utterance.

Again, this utterance appears to divide naturally into three beats. On this occasion, however, the first beat is made up of three syllables, with the primary stress on the second syllable of the beat. The second beat is made of just one syllable and this receives the primary stress. The final beat is constructed of two syllables and the primary stress rests on the second syllable. A beat is simply a unit of rhythm and it is often referred to as a foot. The characteristic of a foot will depend upon where the primary and secondary stresses naturally occur. However, owing to the flexibility of the vocal apparatus it is possible for speakers to exploit the mechanism of stressing particular syllables in order to signal different meanings. Consider how you might stress the underlined words in the following question-answer sequence in order to make the meaning of the utterances as clear as possible.

A:    No, Margaret Routledge is today’s lecturer.

By stressing the word Susan in the question this makes it explicit to the listener that the speaker is unsure as to whether or not it is to be Susan or Margaret Routledge who will deliver the lecture. By stressing the word Margaret in the answer this makes it definite which of the sisters will be lecturing. In each instance the extra stress is likely to fall on the first syllable of the stressed word, i.e.

A:    No, ‘Margaret Routledge is today’s lecturer.

How words are stressed

To summarize, we are able to stress particular words by increasing the pitch and loudness of the syllable that receives primary stress and also by lengthening the nuclear vowel. [Of course, it is possible to increase syllable duration by lengthening continuant consonants but, in spontaneous speech, vowel lengthening is a particularly common strategy.] This allows speakers to create differential meanings through prosodic features, e.g.

Utterance 1 stresses the word John. This stress can be seen to perform a contrastive function, i.e. it differentiates the fact that it was John who kicked the ball and not some other person. Similarly, utterance 2 stresses the word kicked. This serves to indicate that the ball was not caught, painted, carried, or similar, but that is was, in fact, kicked. Finally, utterance 3 places the stress on the word ball, thereby serving to make explicit what was kicked, i.e. it was not a wall, grass, car, or any other object or person, it was in reality a ball. Stress on words can, therefore, remove ambiguity. Consider the following celebrated example.

he fed her dog biscuits

Varying the rate of speech

“Rhythm is a perceptual component of rate and refers to the perceived evenness or unevenness of rate, but is not comparable to musical rhythm and only involves a listener’s impression.”

Rate of speech, sometimes interchangeably referred to as tempo, is therefore a component of rhythm. Changes in tempo within the talk of an individual, such as speeding up, slowing down or speaking in bursts, contribute to the attendant musical quality of speech. Together with other prosodic features, tempo helps to set up a listener’s expectations about a speaker, to signal their attitude towards situations, people and things, to hint at their emotional state, and so on.

Speech rate has been shown to correlate with gender, age, ethnicity and geographical region (Kendal, 2009). However, particular tempos do not invariably mean just one thing. As Schnoebelen (2009:3) points out:

“A fast tempo has multiple meanings. Depending upon what other variables it combines with, it can mean happy, New Yorker, angry, con artist, and a number of other things. Its meaning is indeterminate and requires other cues – some of which are linguistic, others which are not. This doesn’t stop people from explicitly commenting on what “fast talkers” are like or what kinds of people talk fast.”