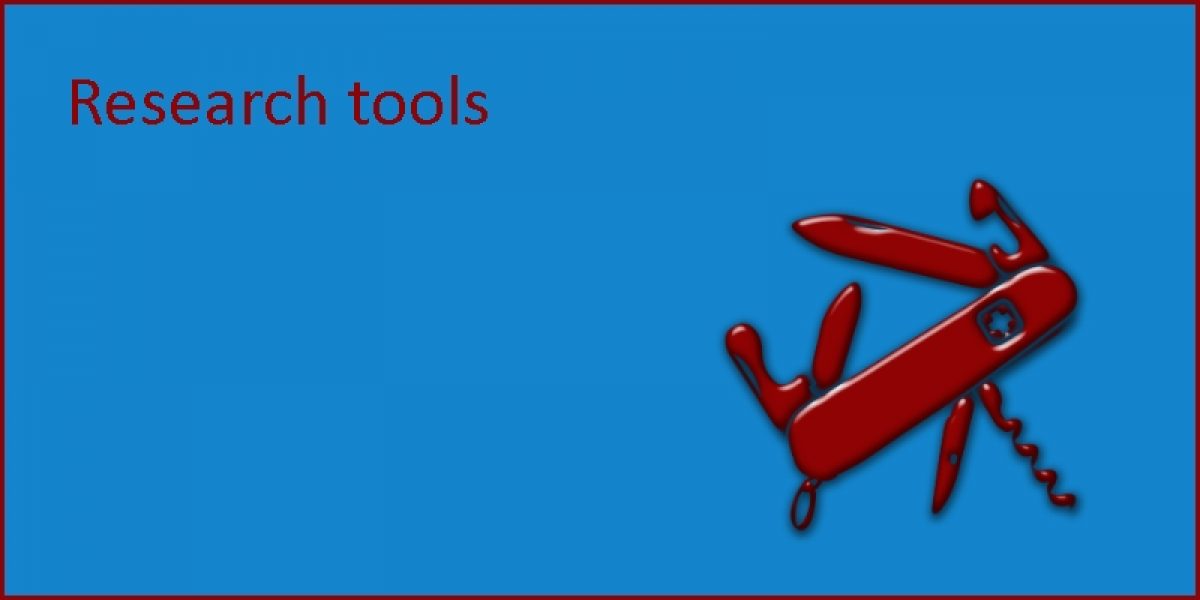 Speech therapy, as a social science, uses several research tools that are common to the social sciences in general. It is convenient to identify the main research styles as experiments, surveys and ethnography. This article expands these categories and includes a discussion of standardized tests, observations, and meaning and language-based methods. The article concludes with the observation that social research is conducted within a paradigm – a framework made up of assumptions about the subject matter and ways it should be studied, the methods and data that are considered to be legitimate.

Experiments are used to try to discover if there are causal relationships between variables (so called because their values can vary). If, for example, the variable we are interested in is the time taken for drivers to react to an emergency, we may devise an experiment where we manipulate the noise levels in their cars to see whether this has any impact. In this case, the noise level in the car will be the independent variable and the driver’s response time (a behavior which we hypothesize is dependent on in-car noise levels) will be the dependent variable. This sort of experiment may take place in a driving simulator in a laboratory or on private roads. In an experiment, there are often two groups of participants: a control group that is not subjected to the manipulation of the independent variable and an experimental group that is subjected to the manipulation. In the example here, the control group may not be subjected to any in-car noise at all. Findings from experiments are analysed statistically. Researchers using experimental methods have a number of techniques at their disposal to ensure that they do not simply find what they expect or what they want to find. These include random allocation to groups where the researcher does not choose whether a participant goes into the experimental or control group, and blind scoring, where those who score a participant’s behavior do not know which group the participant belongs to.

If we are interested in what people think or feel, or in behaviors that are difficult to observe in humans, we need to ask people about themselves. This is a variant on introspection, in that researchers are not looking inside themselves but are using the best possible means to obtain other people’s introspections. Researchers do this through both questionnaires and interviews.

Questionnaires are written questions designed to elicit short answers or choices between options. They can be completed whether or not the researcher is there and so can be used with thousands of people in a study. For this reason they are usually tightly structured, with questions asked in an invariant order and often with the range of possible answers worked out in advance so that the data can easily be entered into a computer for statistical analysis.

Interviews are face-to-face conversations between a researcher and an interviewee or group of interviewees. Since they are face-to-face, samples used are usually smaller than for questionnaires. Interviews can be tightly structured (as for questionnaires) or more open-ended. They can, therefore, be analyzed either quantitatively (i.e. the information is in a form that can be counted or expressed numerically and which is amenable to statistical manipulation) or qualitatively (i.e. the information is expressed in terms of descriptive qualities, attributes, characteristics, and so on), where researchers transcribe tape-recordings of the interviews, read them repeatedly and analyze their themes.

Standardized tests are different from ordinary questionnaires in the way they are constructed and pre-tested. They are tried out on large numbers of people before being used as research or diagnostic tools. This gives a picture of how the test scores are distributed across the population for which the test is designed. It is, therefore, possible to compare a particular individual’s test scores with the average from the population and to make statistical comparisons between different groups.

Well-known psychological tests include intelligence tests and personality tests. These are highly structured forms of self-report where participants have to solve problems or choose from fixed alternatives on a questionnaire. Researchers then work out a score for each participant that gives information about their intelligence or personality.

Speech therapists (speech-language pathologists) make use of a wide variety of standardized tests. Tests are available to examine most areas of speech disorder, language disorder and communication difficulties, including the following:

Observations are the most direct method of getting information about people’s behavior. In everyday life we all frequently observe other people. There is a range of methods for systematically observing other people. These range from participant observation through to highly structured and targeted observations.

In participant observation, the researcher is part of what is being observed and writes up notes whenever possible. Sometimes these notes include an insider viewpoint account of how the researcher is feeling. A well-known example is that of Rosenhan and seven collaborators in the 1970s who, although not ill, feigned mental illness and managed to get themselves admitted to a psychiatric hospital (Rosenhan, 1973). Once in the hospital they behaved ‘normally’, i.e. as they would in the outside world. They kept notes of all they observed (outsider viewpoint) and what they experienced (insider viewpoint), including the experience of having their ‘normal’ behavior and talk interpreted as evidence of their mental illness. (They had a lot of trouble getting discharged from the hospital.) The data from observations such as these are analyzed qualitatively, paying attention to meanings and to the place of the researcher in the observation.

In more structured observations, researchers may have clear categories of behavior on which they know they want to focus. They may choose a specific individual such as a target child in a school, perhaps counting the number of times that child makes a friendly approach to another child and noting down what is said. They may also observe through a one-way mirror so that they are not visible to the people being observed and, hence, do not interfere with whatever is being observed. These kinds of observations can be analyzed either quantitatively and statistically, or qualitatively.

Language is an important product of the human mind and once language data are created – such as the texts people have written, what they have said (recorded and transcribed) – they can be studied and analyzed quite separately from the particular minds that created them. These kinds of data are used to provide evidence of meanings, and the processes that construct and communicate meanings. There are various ways in which researchers analyze conversations, data from interviews and written texts.

This is a popular method which involves counting up the prevalence and sequencing of certain words, sentences, expressions, metaphors, and similar, in texts such as newspaper articles or transcripts of interviews. It can also be used to identify the types of explanations people give for their own behavior or use in order to persuade people to support them or agree with their argument. It is predominantly a quantitative method.

Another popular method is discourse analysis. This is a qualitative method that provides detailed analyses of exactly what language is used and how it is used. For example, discourse analysts would try to identify the rhetorical devices by which we all as speakers seek to persuade each other of our arguments, and the functions served by various discourses. Discourse analysts do not aim to find an absolute truth about how people use language. They are more interested in the processes whereby people construct meanings socially and individually. Most discourse analysts are interested in subjectivity – people’s own sense-making – and often include an analysis of the researcher’s own subjective understandings as part of the analysis of data, thus using a mixture of insider and outsider viewpoints.

Discourse analysis is an example of a hermeneutic approach. Hermeneutic approaches focus on meaning-making; that is, the work of interpretation. People are treated as meaning-producers, with the task of the investigator being to interpret meanings. Hermeneutic approaches, therefore, tend to use qualitative methods (rather than measuring variables, taking group averages and drawing conclusions with the help of statistics as in experimental and other quantitative methods). The data they produce tend to relate to particular individuals in specific contexts, rather than generalizing to a population as a whole.

The different methods described above alert us to the fact that social scientific research is not just one enterprise, but a series of interlocking enterprises in which researchers have different views about the best ways to try to understand or explain people and their behavior and experience. These are arguments about epistemology; that is, what questions to ask, what sort of evidence to look for, what sort of criteria to use to evaluate explanations, and what sort of methods to use.

All knowledge and all efforts to gain knowledge operate in a context, a set of connected and compatible assumptions about what exists and the way to gain knowledge of it. And we have already seen that research is done within a paradigm, which is a philosophical framework made up of assumptions about the subject matter and the ways in which it should be studied, including the methods and the kinds of data that are considered to be legitimate. This leads to debates between social scientists operating in different paradigms, as Peter Barnes explains:

“By now you will have gathered that there is no one approach to the study of (social science) – each approach has its advocates and each has attracted its critics. At any one time some approaches are in the ascendant while others are in the doldrums. Different views exist on what subjects are worthy of investigation – and even on whether it is possible to investigate them – and these, too, have fashions.” (Barnes, 1985:28)