What is a syllable?

To help you further, think of the popular party song ‘Happy Birthday’. Each syllable is a different beat in the song, i.e.

Look at the following words and see if you can work out how many syllables they contain (you may need to say them aloud, as it’s the sound that matters).

[Suggested answers are given at the end of the page]

If you base your judgment solely on how it’s written you may decide that it’s three (because it has three vowels), i.e.

However, you would have to be a very careful and precise speaker to say this in an everyday conversation with three syllables. It is more usual for this to be shortened to just two syllables when we are in a conversation, i.e.

Another example is the word every. If you were a very careful speaker you may decide that it contains three syllables, i.e.

However, again it’s more common in conversation to shorten this to just two syllables, i.e.

It’s not always possible to avoid examples like this. However, we’ve tried to keep these instances to a minimum in this pack. So, if you decide that a particular word has, say, just two syllables instead of three, this shouldn’t affect the timing of the exercises too much. 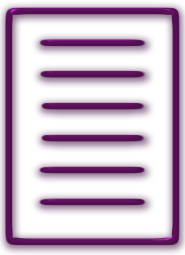