You are here: Home > Voice > Prosody 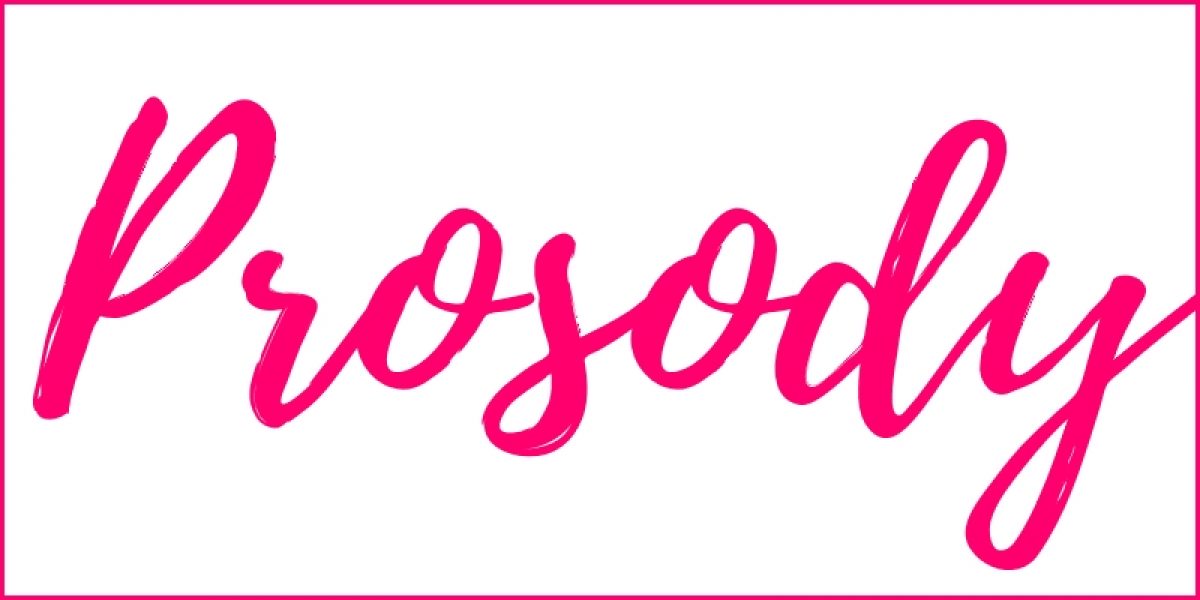 We know that the speech sound system is organized into various segments, i.e. phonemes, syllables and words. This is known as phonological organization.

There are, however, features of connected speech that are not readily identifiable as discrete segments. Their effects go beyond single segments and affect the whole utterance.

These are features such as:

These features are sometimes known as suprasegmental features because they are considered to be features ‘above’ or ‘on top of’ the linguistic segments.

[NB: Some authors consider any feature above the level of the phoneme (or ‘segment’) as suprasegmental. However, we are taking a broader perspective here and include syllables and words, as well as phonemes, to be linguistic segments.]

These same features may also be termed paralanguage:

“Linguists generally define paralanguage as features of language (particularly of speech) which are combined with words to create additional meaning, such as intonation, pitch, tempo and tone. In face-to-face conversation, or in a stage production, visual non-linguistic features such as gesture, facial expression or movement may also be included in paralanguage.” Goodman (2006:250)

So, we see from the above quote that prosody relates to the study of rhythm, stress, intonation, tempo, and related features of speech, and how these contribute to meaning.

Rather than talk of suprasegmental features or paralanguage, our preferred term is prosodic features. This is because it avoids the erroneous assumption, often associated with the term suprasegmental, that these features are an afterthought, something superimposed on an utterance after its creation. Prosodic features are, in fact, an integral part of any utterance, being simultaneously compiled with the segmental features during the production of an utterance.

An aid to meaning

A speaker’s meaning is always inferred. Whilst we can decode a linguistic utterance into its component parts, there is (nearly) always a distinction between the sentence meaning and the speaker’s intended meaning. Prosodic features are routinely used to signal, for example, a speaker’s attitude to what they are saying, their emotional state or different rhetoric functions (e.g. buying a bus ticket, interview with the bank manager, talking to a pet). As skilled conversationalists we are also fairly adept at identifying such things as sarcasm, disbelief or irony delivered by others. We do this by interpreting certain acoustic features in particular ways: judging the speaker to be threatening, conciliatory, sarcastic, or whatever.

At the phonetic level, prosody is typified by such things as lengthening the duration of phonemes and syllables, acoustic intensity (loudness), and frequency (pitch). It is features such as these – that are simultaneously compiled and delivered with the linguistic utterance – that help us to infer meaning.

The following diagram summarizes the various facets of prosody. 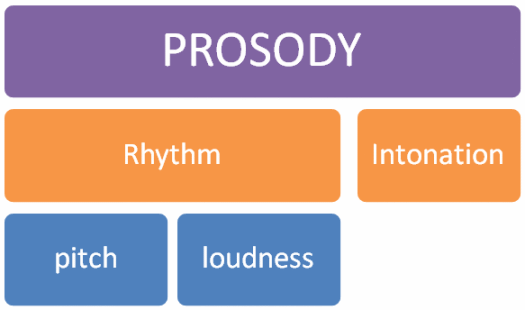