You are here: Home > Communication > Problems with the Encode-Decode Model

Problems with the Encode-Decode Model 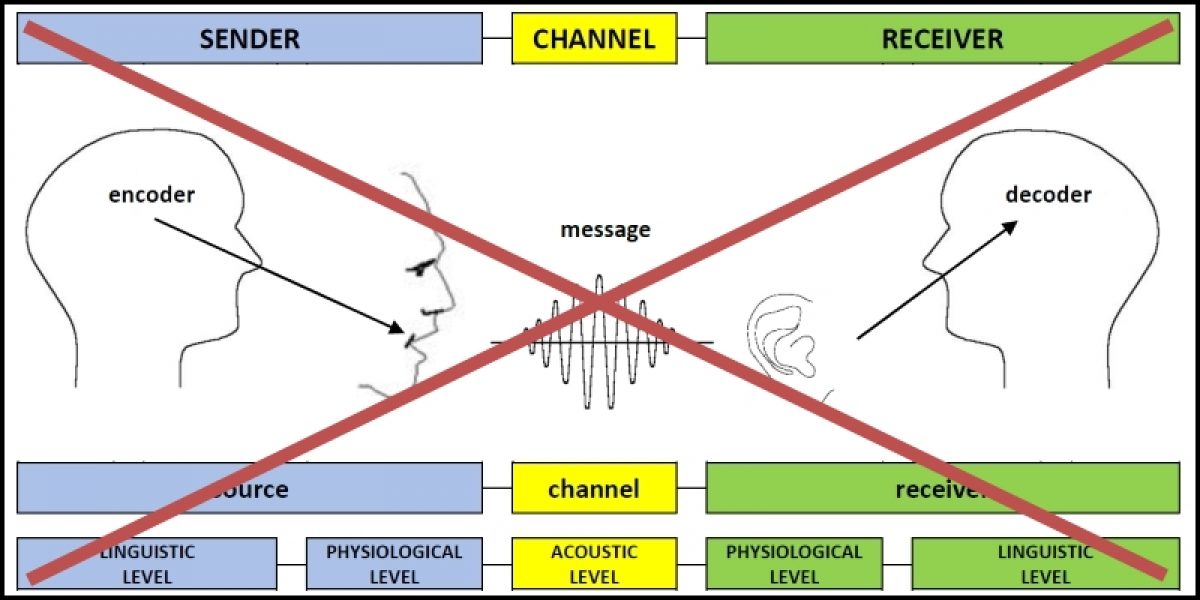 According to the encode-decode model of communication (Figure 1), the thing that makes communication possible is a common language. Now, any language is a code: a method by which sounds are associated with meanings and meanings with sounds. All that is required – so the model claims – is that the people communicating with each other share the same code (e.g. English, Swahili, Urdu). In this way, they are able to encode meanings into sounds and decode the sounds into their meanings. 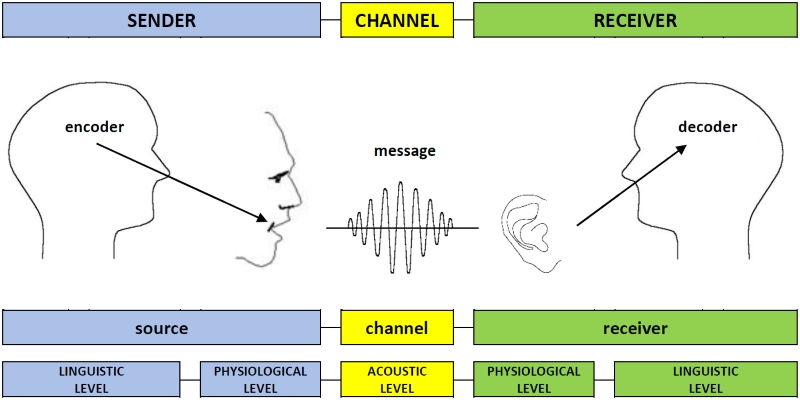 There are, however, several problems with accepting this model as a true account of how people communicate. Some of these are listed below.

This extended model additionally emphasizes the need to interpret a message, i.e. communication is not just a matter of decoding incoming signals but also of interpreting the message carried by the sound wave. This is an active process in which the current receiver seeks to make sense of the message. In this regard the encode-decode model of human communication is unsatisfactory, as it does not deal adequately with the processing of meaning. This is largely a product of the early development of transmission models, which focused on technological communication rather than face-to-face human communication. For example, Claude Shannon developed a mathematical theory of communication whilst working at Bell Telephone Laboratories in 1948. This later became known as information theory. An applied mathematician by training, he was primarily involved with the investigation of signal transmission along telephone wires. Indeed, his definition of channel is suitably framed in technological terms:

“The channel is merely the medium used to transmit the signal from transmitter to receiver. It may be a pair of wires, a coaxial cable, a band of radio frequencies, a beam of light, etc.” (Shannon, 1948:2)

The Shannon-Weaver model can be applied to any technological communication where we need to “take data that have been encoded in a source, transmit them through a physical carrier of some kind, and then decode the transmission for storage or display in the recipient medium” (Wallace, 2003). Examples include the distribution of computer software via a memory card, the playback of a movie using a Blu-ray player, the storage and playback of digitized music using an MP4 player. It is the standardization of formats that makes communications between different physical systems possible. For example, if I need to communicate the binary code of a computer software program such as:

I need a standardized protocol (algorithm) for unambiguously transforming this binary code into the intended functions of the computer program. However, humans do not process this same sort of information; rather, we process meanings (Underwood, 2003).

How a human receiver interprets a message and assigns meaning is influenced by many factors, including the following.

This fundamentally affects a communicative exchange. If my intention is purely transactional, i.e. it is specifically goal-oriented, and I am solely interested in the business of achieving my goal, this will unavoidably affect the interaction. Similarly, if my intention is social solidarity, i.e. demonstrating affiliation and social intimacy with the receiver, then my messages will likely be interpreted in a different way.

Relationship between sender and receiver

The context in which communication takes place is a major influencing factor. In several ways, the speaker-listeners’ intentions and the relationship between speaker and listener, as discussed above, create context. In addition, the context of the physical location and timing of a communicative event will similarly influence interpretation of meanings. For example, I may say “I love you!” to my six-year old daughter as I leave to go to work in the morning but if I say “I love you!” to my boss as I leave work in the evening this same utterance may be interpreted quite differently.

The context also includes the channel or medium that I select for the communication. Messages can be spoken, written or signed (see Transmission). For example, I could send you a word-processed letter, a handwritten letter, an email, a fax; I could speak to you face-to-face, by telephone, via a video conference; I could use a manual signing system such as American Sign Language; I could leave a message on your answer machine or get someone else to pass on the message for me. Clearly, the choice of medium-channel will influence both how and what meanings are created and how my spoken words, written words or signs and gestures are interpreted.

Transmission models do not generally take into account how humans interpret meanings through sensitivity to intention, speaker-listener relationship and context. Rather, the encode-decode model “assumes that meaning is objective and can be captured in a fixed correspondence between aspects of the world and some system of representation” (Lund and Waterworth, undated). The claim is that the meaning is somehow contained within the signal/message. However, as I have shown, communication does not simply depend on what is transmitted along the channel of communication.

Still not the full story

As well as the arguments presented above, a main criticism of encode-decode models is that they fail to take account of the fact that linguistic utterances simply do not encode all of a speaker’s intended meaning. Effective human communication depends on what is considered relevant in any particular situation and the speaker’s and listener’s ability to infer meaning. This issue is addressed in the following article: