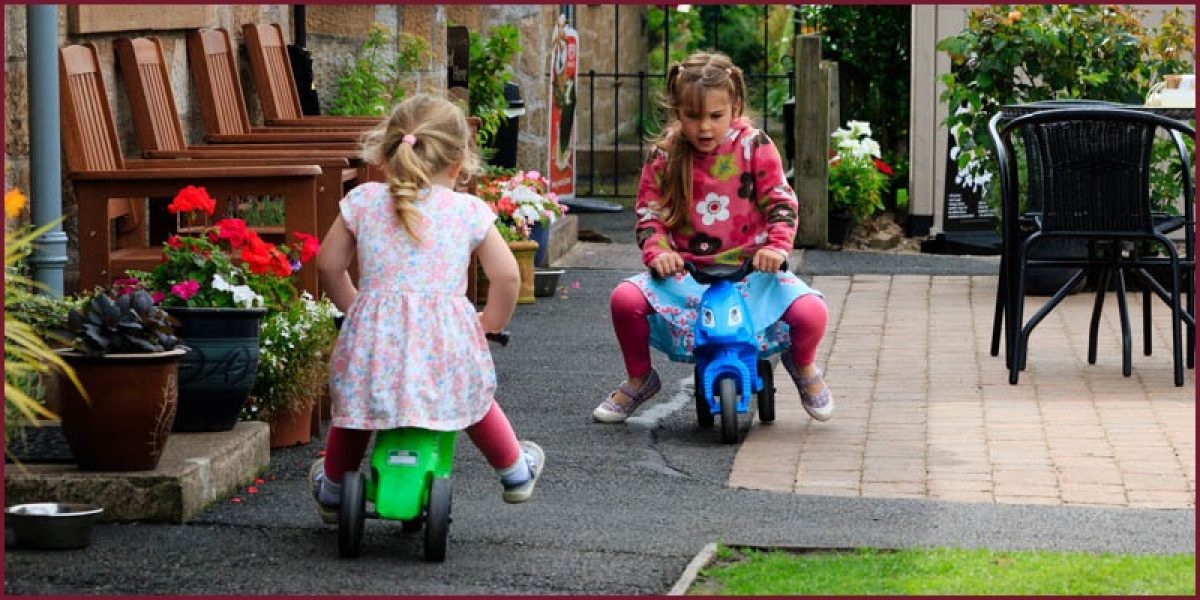 All children get involved in playful activities. These are often the things they choose to do themselves. They follow their own ideas and do it for their own reasons. But often they do it simply because it’s fun or because they’re exploring something.

Children of all ages play, including babies. Babies play at making different sounds and touching things that interest them.

Young children play in lots of different ways. They can play with anything around them, such as using a yoghurt pot as a drum. They often use their imagination to pretend.

What types of play are there?

Exploratory play (birth to 5 years): This is when children explore objects and people. Young children will put things in their mouth, shake things, pull and push things, and so on. Older children will keep repeating the same actions for fun. They will do things such as run, climb, fill and empty boxes.

Solitary play (1 – 1 ½ years): This is when a child plays alone. The child uses toys that are different from any other children nearby. There is usually no conversation with other people. Sometimes the child just watches what other children are doing but doesn’t join in. Solitary play is very common in children up to 18 months of age. But it’s important for children of any age to have time by themselves to play.

Parallel play (1 ½ – 2 years): This is when a child plays alongside other children. The child might use similar toys and do similar things to the children nearby. But the child doesn’t try to play with the other children.

Pretend play (1 – 3 years): This is when the child pretends to do things. Younger children might pretend to eat or sleep. As they get older they might pretend to feed a teddy bear or wash a doll. The older child then pretends without an object – they use imaginary objects. While pretend play develops from 1 to 3 years, it continues throughout a child’s life.

Group play (3 ½ – 6 years): This is when a child plays with other children in a group. Often a leader is chosen. Older children often play different roles – such as pretending to be a teacher or a nurse.

Why is play important for developing speech and language?

How to encourage play