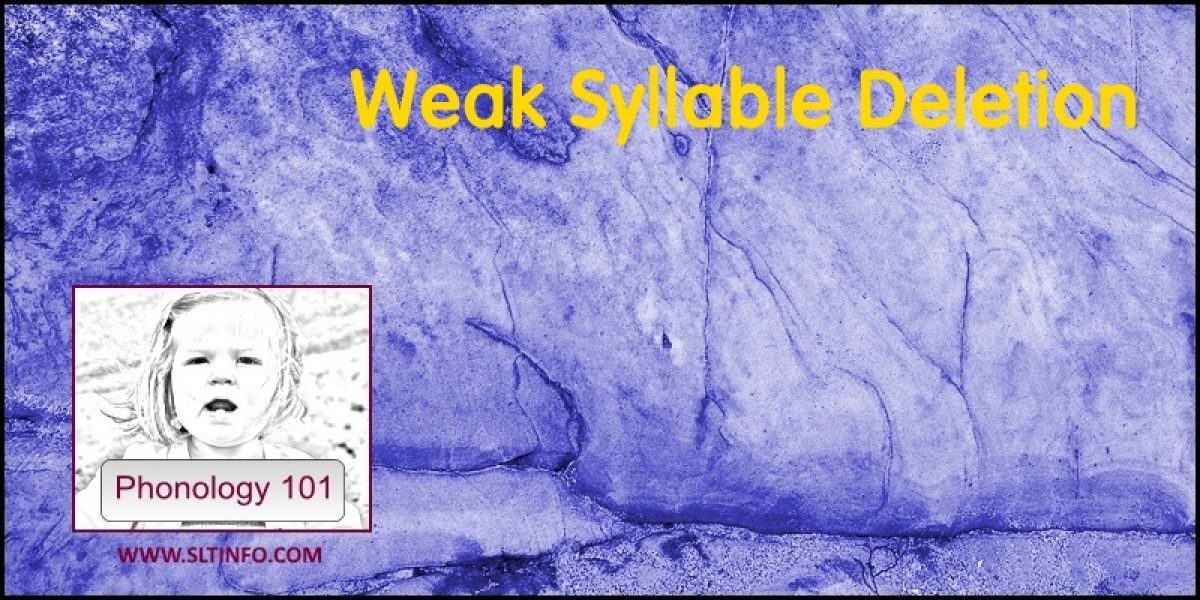 In children between the ages of 2;00-4;00 years, whole syllables may also be deleted. The deleted syllables are characteristically unstressed. Recall that, in these so-called weak syllables, the neutral vowel frequently substitutes for the nuclear vowel. The most commonly deleted weak syllables are those that appear immediately before the stressed syllable. These are called pre-tonic syllables. Examples include: