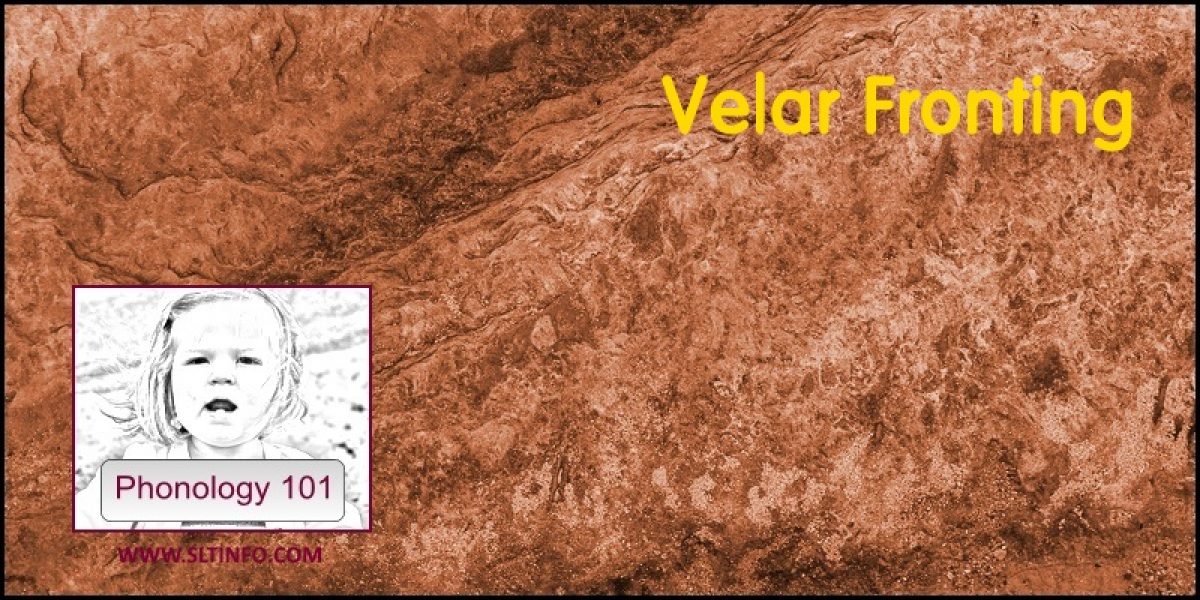 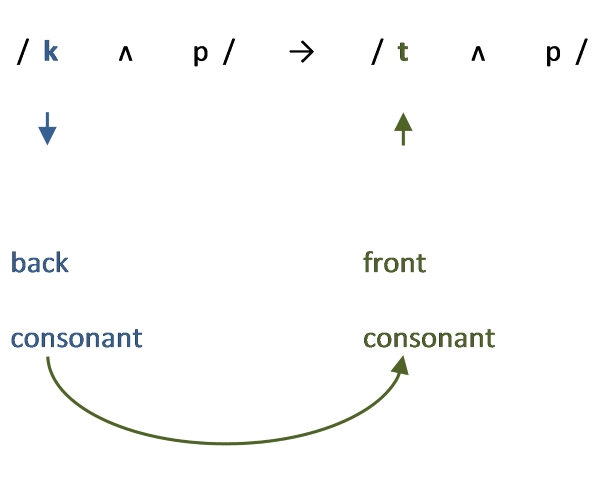 Another example should consolidate our understanding. Consider the word gap /gæp/ being realized as /dæp/. Here the back velar consonant /g/ is substituted by the front consonant /d/. 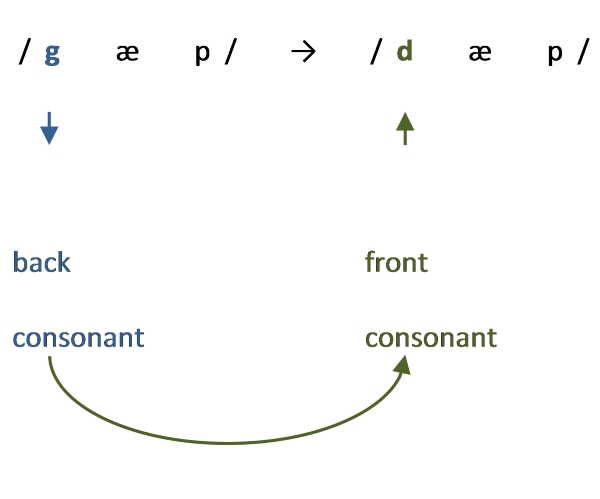 In all of the examples presented so far the back velar consonants /k g ŋ/ have been substituted by front alveolar consonants /t d n/. This is, in fact, a common pattern of velar fronting in children, i.e.

Velar fronting is customary in typically developing children between the ages of 2;00-3;00 years.