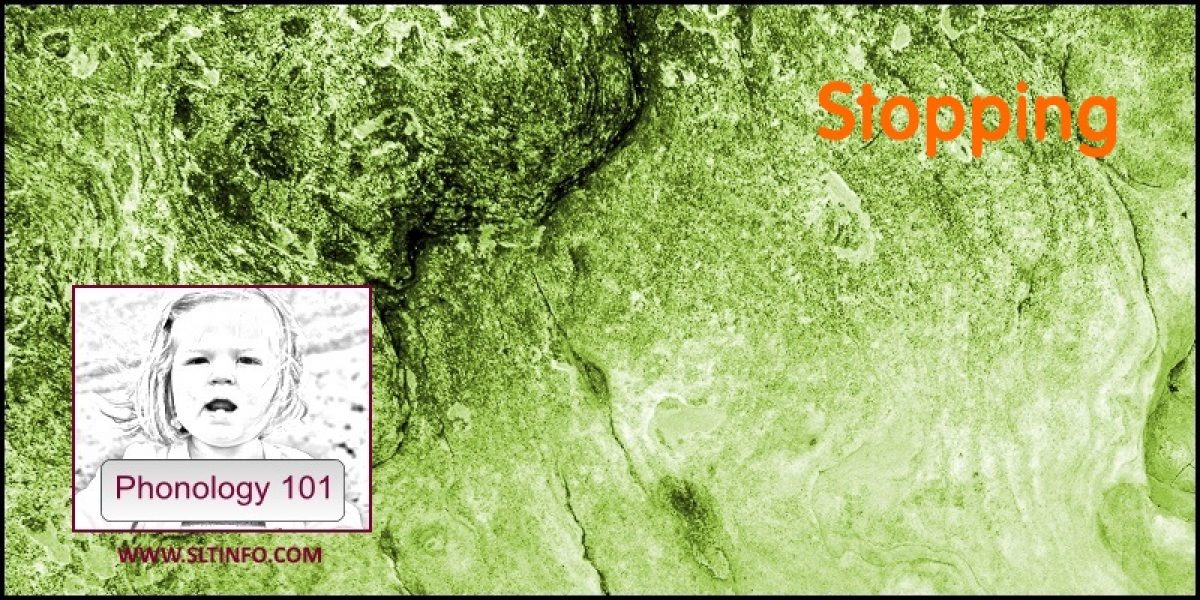 Recall that one of the distinguishing features of speech sounds is the manner of their articulation, i.e. the type of contact that is made between two articulators. Five manners of articulation are generally recognized:

Note that some speech sounds can be sustained whilst some cannot. Nasals, fricatives, affricates and approximants can all be sustained for several seconds, provided there is sufficient breath support. They can be continuously produced without any appreciable change in the quality of the sound. This group, therefore, constitutes the continuant consonants. Plosives are the exception because they cannot be sustained. As they involve a complete stopping of the airflow from the lungs (prior to forceful release through the mouth) they are also known as stops. This distribution of stops and continuants is summarized in Table 7.

Table 7. Distribution of stops and continuants.

We know that stops are generally the first speech sounds to develop and it is not until about the age of 2;06-3;00 years of age that non-stop sounds begin to be differentiated consistently. Thus, a further way for the young child to simplify the production of certain words is to make continuant consonants – especially fricatives and affricates – plosive, i.e. to stop them.

The process of substituting a stop for a continuant is known as stopping. Now, whilst this definition applies to the stopping of any continuant consonant, in reality the stopping of approximants /w l r j/ is rare. In addition, the stopping of nasals is sometimes categorized as a separate process – denasalization – and this will be discussed in the next section. In fact, stopping is observed most frequently with fricatives and affricates.

As with all the systemic simplifications discussed so far, stopping can occur in syllable-initial or syllable-final position. Consider the word sock /sɒk/ realized as /tɒk/. Here the continuant fricative /s/ is stopped and replaced by the plosive /t/. Further examples of syllable-initial stopping include the following.

The following are examples of syllable-final stopping, which similarly demonstrate mirroring of voicing between the target and substituting consonants.

In addition to the mirroring of voicing, we see from the examples provided that the place of articulation is also typically mirrored, i.e.

When two sounds have the same place of articulation, they are said to be homorganic. In the above examples of stopping, we see that – in the main – fricatives and affricates are substituted by homorganic stops, i.e. stops made at the same place of articulation as the continuant sound that they are substituting. The typical phonological process of stopping can, therefore, be summarized as:

We do need to be cautious about the notion of correspondence of parameters such as voicing, place of articulation and manner of production between a target consonant and the consonant that substitutes it. Mirroring is not always apparent and there are examples of stopping where there appears to be no correspondence, e.g. a voiceless continuant being substituted by a voiced stop (such as sit /sɪt/ → /dɪt/) or an alveolar continuant being substituted with a velar stop (such as sit /sɪt/ → /kɪt/). In circumstances such as these, however, it may be that there is a co-occurrence of phonological processes, i.e. more than one phonological process may be operating on the segment at the same time. This possibility is discussed later under the heading ‘CO-OCCURRENCE OF PHONOLOGICAL PROCESSES’.

There is a lot of variation in the chronology of stopping. Stopping of /f/ is prevalent in children between 2;00-2;06 years and is typically eradicated by 3;00 years. Whereas, stopping of its voiced counterpart /v/ persists a little longer, until around 3;06 years. Stopping of /s/ is common up to age 3;00 years and its voiced partner /z/, again a little later, until about 3;06 years. Stopping of /ʃ/, /ʧ/ and /ʤ/may continue right up until the age of 4;06 years. Finally, stopping of the dentals /θ/ and /ð/ may persist until 5;00 years of age. This is summarized in Table 8.