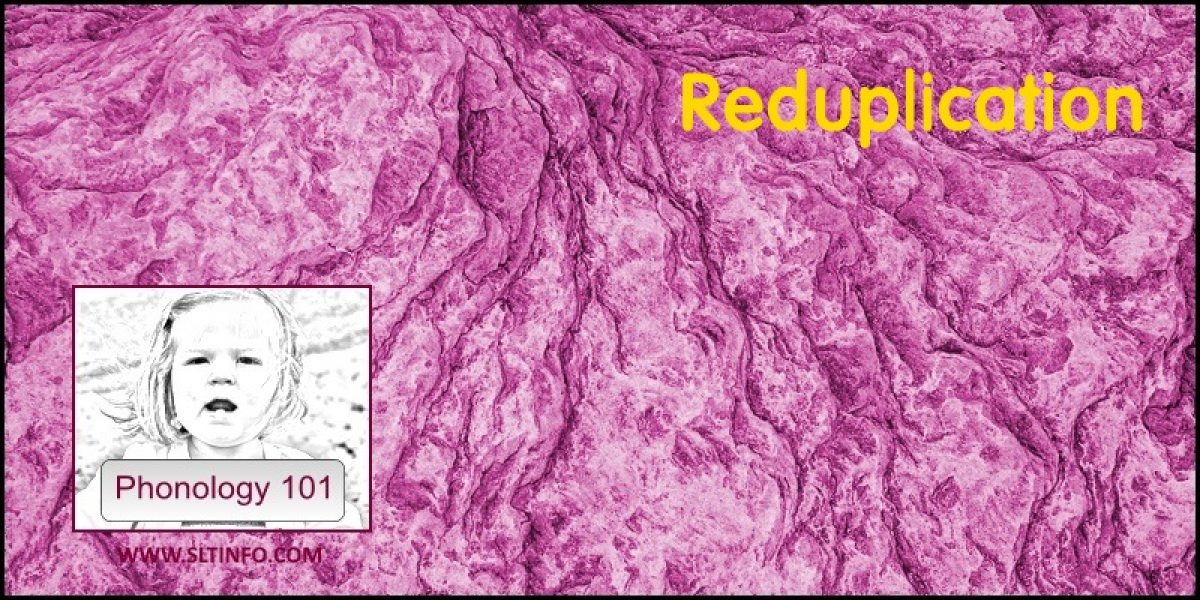 In this example, the first syllable is reduplicated. This is a fairly simple structural process that can be summarized as:

Further examples of reduplication include the following.

We know that so-called reduplicated babbling is a common feature in the development of speech, typically exhibited during the babbling stage at around 6-9 months of age. Consequently, the phonological process of reduplication described here is typically eradicated before the important phonological development stage of 1;06-4;00 years.