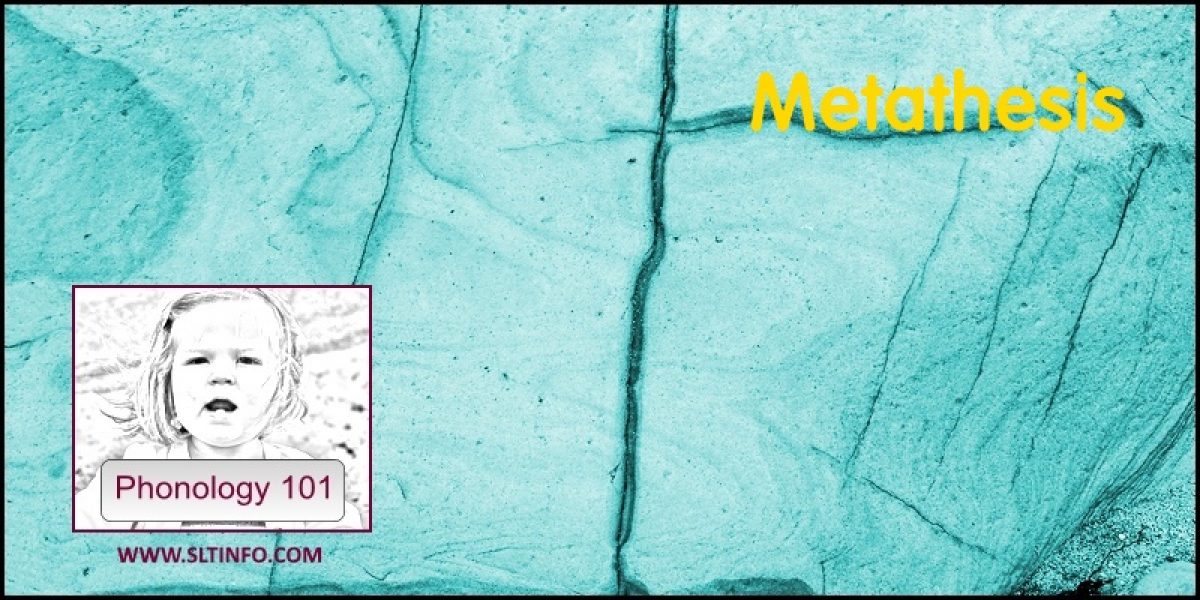 Metathesis involves either consonants switching position with an adjacent consonant in a cluster or transposition with a vowel. There are three main patterns.

This type of metathesis simply involves the reversal of the consonants within two-consonant clusters that typically appear in syllable-final position. For example, the word mask /mɑsk/ may be realized as /mɑks/. Here, the sound segments of the cluster /-sk/ at the end of the syllable are reversed. Further examples include:

This switching of consonants in clusters does not generally occur in syllable-initial position because reversing syllable-initial clusters (e.g. /bl-/, /sp-/, /kw-/) results in sound sequences that are not allowable under the phonological rules of English. For example, if the cluster /fr-/ is reversed this yields the cluster /rf-/. According to the rules of English phonology, an approximant /r/ cannot be immediately followed by a fricative /f/. This sequence is, therefore, ungrammatical.

Switching can also occur in CVC sequences. Here, the first and last consonants are reversed. An example of this type of reordering is when the word tiger /taɪgə/ is realized as /gaɪtə/. Here the initial C1VC2 sequence /taɪg/ is reversed to produce the C2VC1 sequence /gaɪt/. Further examples include the following.