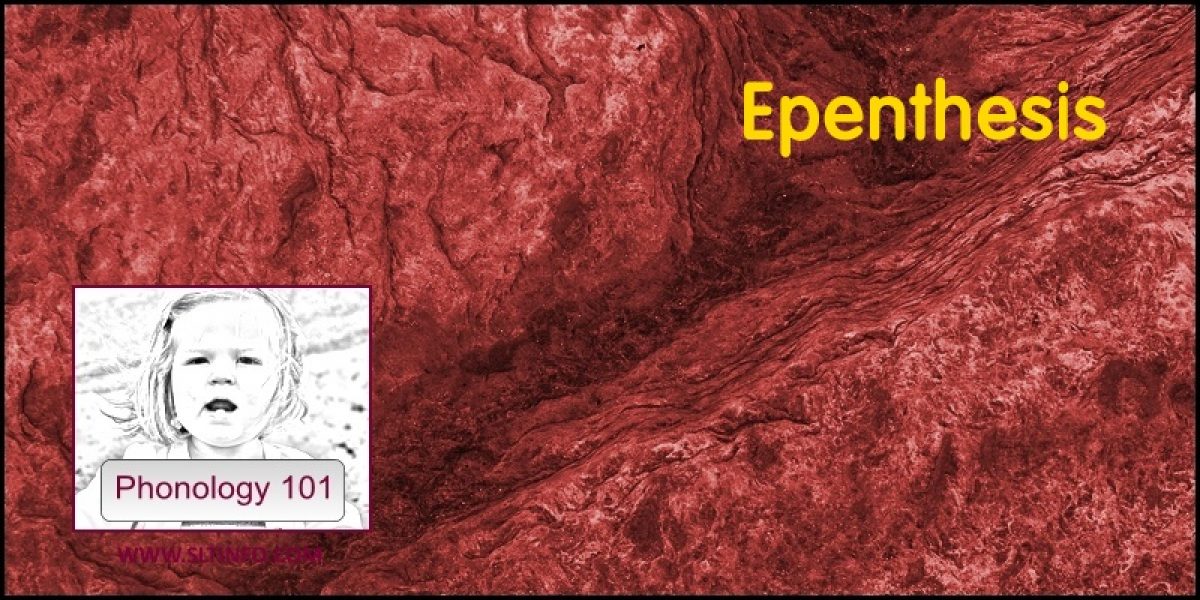 The production of clusters is a complex procedure. It requires rapid movements of the vocal apparatus to ensure smooth transitions from one consonant to another. For the very young child, sequences of consonants may be too difficult to pronounce in rapid succession. Consequently, a vowel – typically a schwa – may be inserted to break up a two-consonant cluster. An example of this would be the word grow /grəʊ/ being realized as /gərəʊ/ where the schwa vowel /ə/ is inserted between the two consonants that form the initial /gr-/ cluster of the word. Once inserted, the vowel is referred to as the epenthetic vowel. The effect of this insertion is to create a slight hiatus between the two consonants of the cluster, thereby easing the pressure on the vital rapidity of movement. Further examples of epenthesis include the following.

As in the above examples, epenthesis typically affects clusters that occur in syllable-initial position. However, clusters in syllable-final position can also be affected but this is much more limited, e.g.