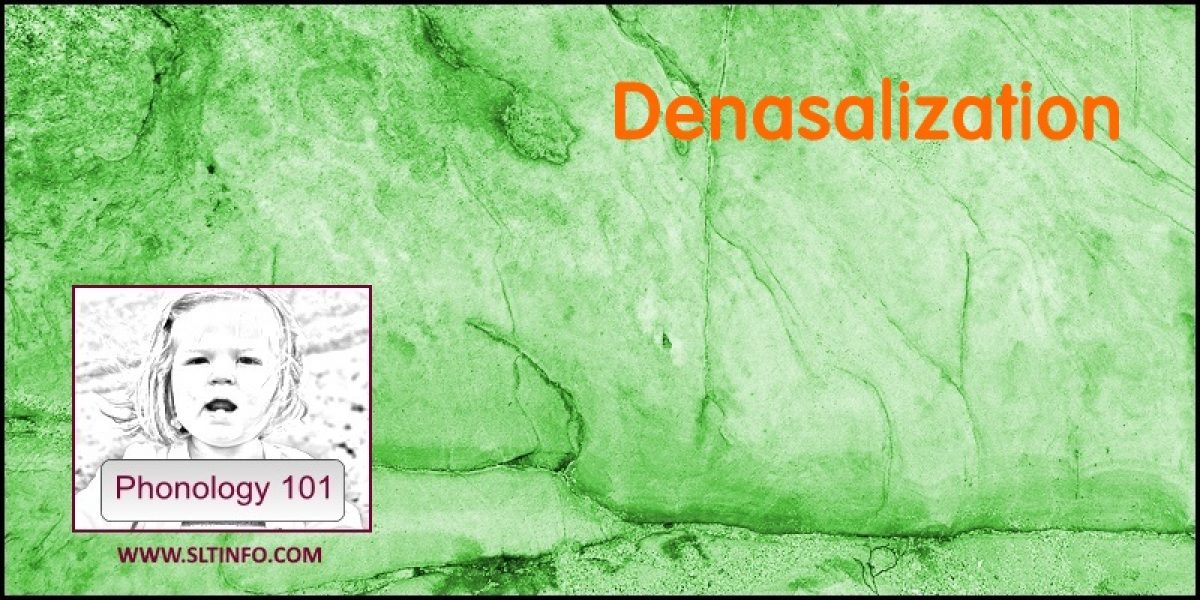 As discussed in the previous section, denasalization is simply the stopping of nasals. In fact, this process can be adequately described as stopping of the continuant nasal sounds. We have seen that stopping of fricatives and affricates is the most common occurrence of stopping. Perhaps for this reason, nasals are sometimes selected as a special case of stopping and given the separate name of denasalization. We present a description of it here for the sake of completeness.

Table 9 summarizes the distribution of nasals and stops.

Table 9. Distribution of nasals and stops.

Denasalization occurs when a nasal is substituted by a homorganic stop. Consider the following example.

The following are examples of syllable-final denasalization.

If you have followed the reasoning presented in PHONOLOGY 101 so far, it may well have occurred to you that phonological simplifying processes that can operate in syllable-initial position and syllable-final position might also operate in both positions at the same time. In principle, this is the case. So, for example, we may come across realisations such as the following.

To keep our descriptions simpler, however, we will not generally show examples of a process operating in both syllable-initial and syllable-final position. However, it is worth bearing in mind the possibility that this dual position process may operate.