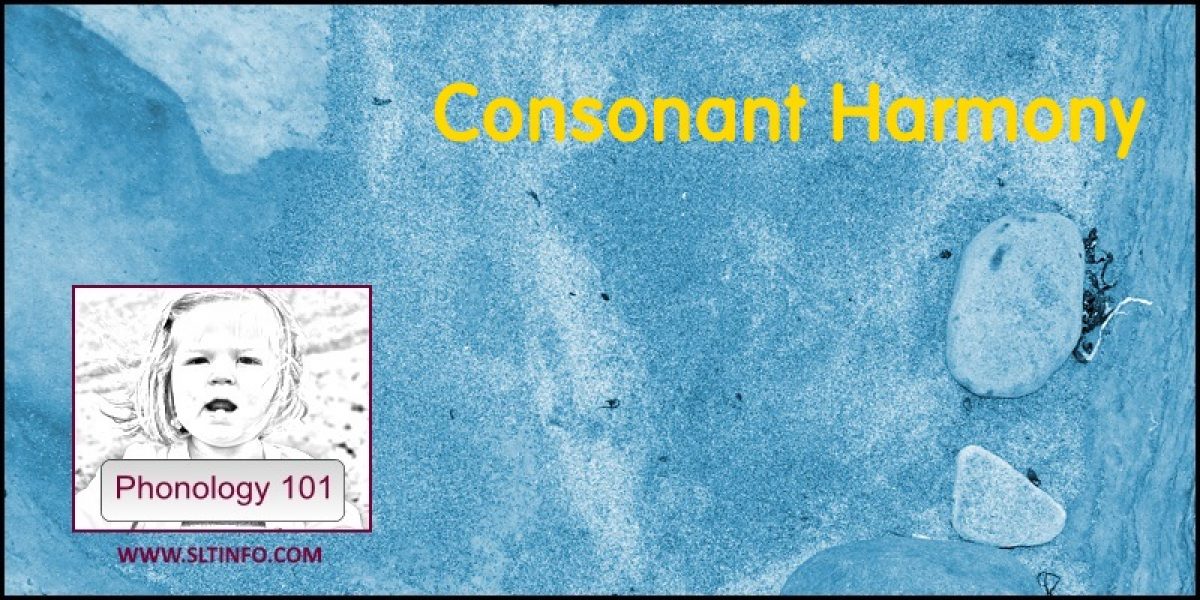 Conceptually, consonant harmony represents  the counterpart process to vowel harmony: of course, with this process it is consonants that are affected and not vowels. As with vowel harmony, consonant harmony is also a non-contiguous process, i.e. the segment causing the assimilation is at a distance from the affected element: the consonants being separated from each other by vowels. This phonological process is particularly complicated because there are several constraints that influence which consonants may be assimilated, how these assimilations are effected and the direction of influence. To make it easier to understand the broad principles of consonant harmony we will restrict our discussion to a consideration of how this process operates in monosyllables: specifically, CVC syllables. In addition, we will only discuss situations in which both consonants within the CVC syllable are plosives.

The general pattern of consonant harmony is that a target consonant assumes the place of articulation of a trigger consonant. Of course, this takes place across the intervening vowel in the CVC sequence. Consider the following word constructed of two plosive consonants separated by a vowel. 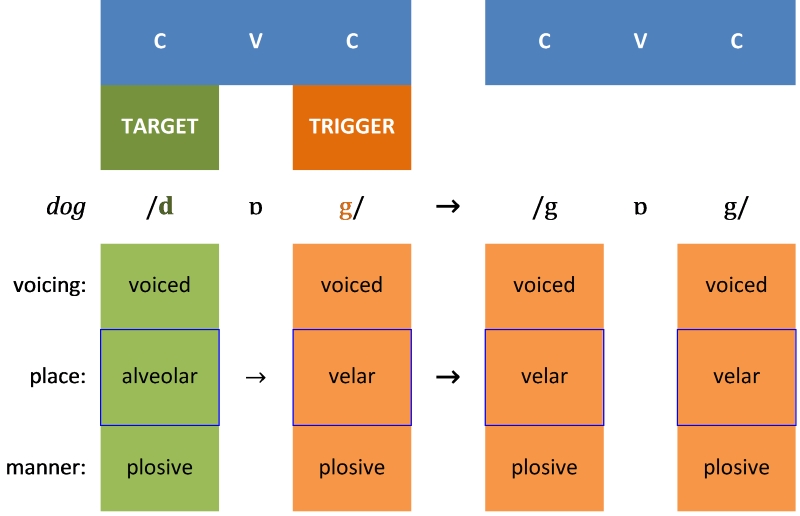 The example of dog /dɒg/ → /gɒg/ results in a monosyllable consisting of two velar consonants, i.e. the consonants have harmonized – hence the name of this process, consonant harmony. In addition, because the trigger is a velar consonant this is known as velar harmony.

In the next two sections we will look at examples of consonant harmony triggered by either a velar consonant or a labial consonant, i.e.