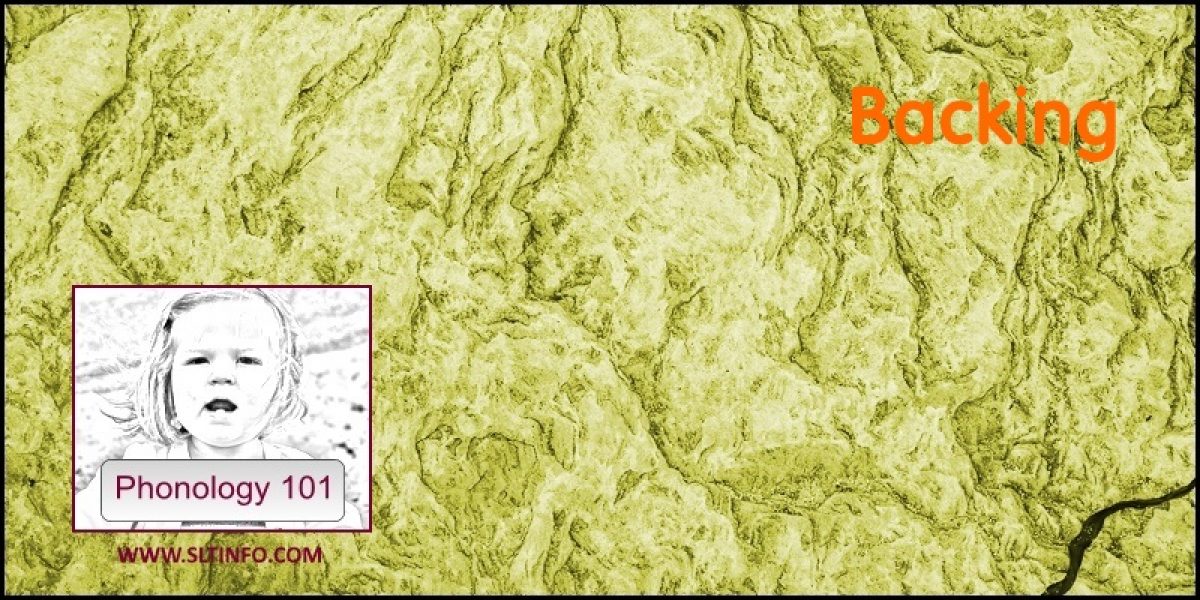 We see from Table 6 that the group of non-velar and non-glottal consonants incorporates the bilabials /p b m w/, the labio-dentals /f v/, the dentals /θ ð/, the alveolars / t d n s z l/, the post-alveolars /ʃ ʒ ʧ ʤ r/ and the palatal /j/. The place of articulation for all of these speech sounds is relatively further forwards in the mouth.

Backing occurs whenever a member of the non-velar and non-glottal consonant group (forward sounds) is substituted by a velar /k ɡ ŋ/ or glottal /h ʔ/consonant (sounds at the back of the mouth). For example, consider the word bun /bʌn/ realized as /gʌn/. Here, the voiced bilabial plosive /b/, which is made as far forward in the mouth as is possible, is substituted by the voiced velar plosive /g/, which is made far back in the mouth: hence the sound is said to be backed. We can illustrate this process visually with the following diagram. 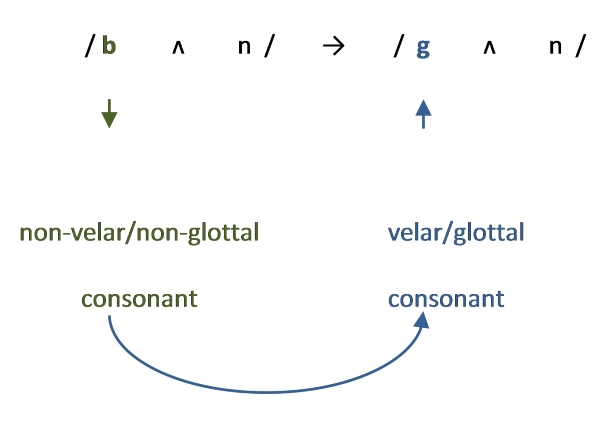 Examples of syllable-final backing can also be found:

Backing is less common than fronting but it can be observed in typically developing children from 2;00-3;00 years of age.