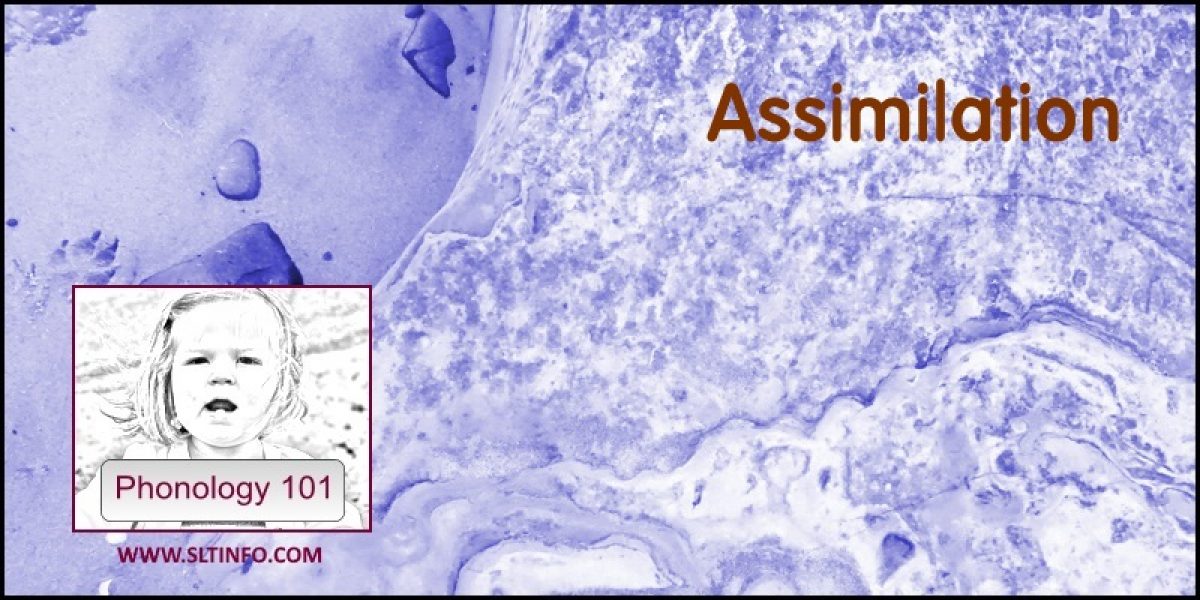 Assimilation is said to have taken place when one speech segment is transformed into another owing to the influence of a neighboring segment. In the majority of cases the segments are individual speech sounds but there are instances where a whole syllable will influence a neighboring syllable. There are also instances where the neighboring segment is, in fact, not a speech sound at all but the silence that follows a syllable (see ‘Word-final De-voicing’ in Voicing Change).

As with substitution, several types of assimilation are identifiable. In this subsection we will describe three of these: