You are here: Home > History > On the Evolution of Language by John Wesley Powell

On the Evolution of Language by John Wesley Powell 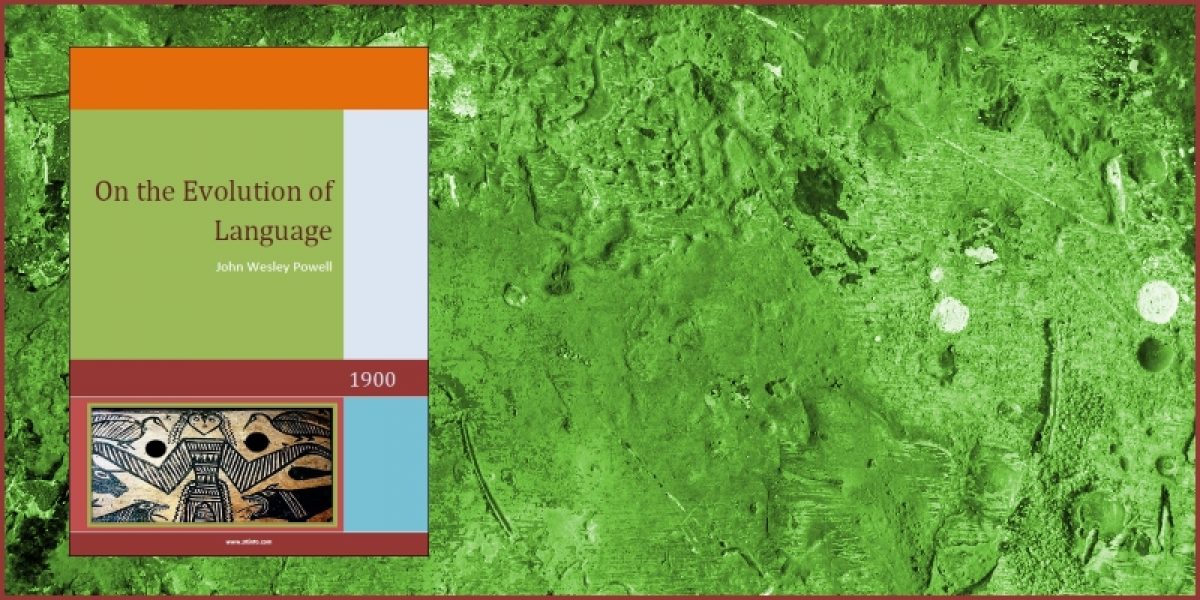 On the Evolution of Language by JOHN WESLEY POWELL

As Exhibited In The Specialization of the Grammatic Processes, the Differentiation of the Parts of Speech, and the Integration of the Sentence; From a Study of Indian Languages

John Wesley Powell (24 Mar 1834 – 23 Sep 1902) was an American solider, teacher, explorer, geologist, pioneer of conservation, ethnologist, and the second Director of the US Geological Survey from 1881-1894. He participated in several mapping expeditions to the south-western United States, including the first recorded passage through the Grand Canyon. Powell was a founder of the Bureau of Ethnology, established in 1879, and retained the post of Director until his death in 1902. The Bureau’s purpose was to promote anthropological research.

On the Evolution of Language was published as the Bureau’s First Annual Report. The work is grounded in the now-debunked nineteenth century view of cultural evolution that perceived
societies progressing from so-called savages to so-called civilised societies.