You are here: Home > Speech > On the Definition of ‘Reduplication’

On the Definition of ‘Reduplication’ 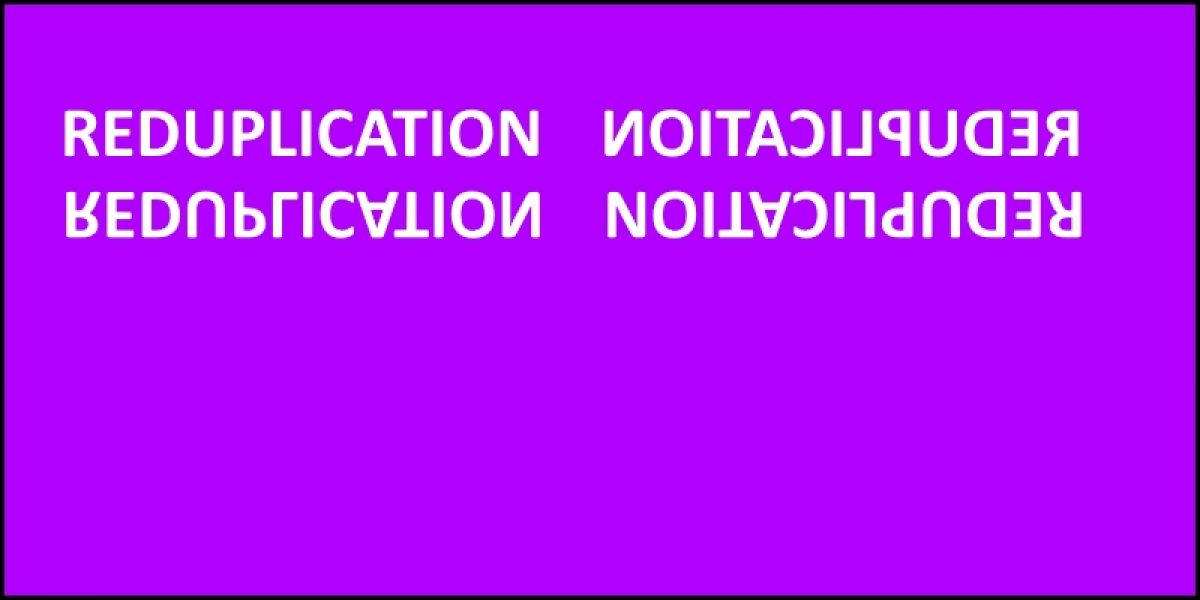 You and your tutor both raise interesting issues.

It’s certainly the case that on this website I give one definition of reduplication as:

“Reduplication occurs whenever the initial CV syllable in a multisyllabic word is repeated.”

As you’ll no doubt be aware, there are many ways to define (operationalize) a variable/concept. The one I use on this site is a fairly simplistic definition.

Another simplistic definition is given by Barlow (2006):

“Reduplication is a process in which some portion of a word is repeated.”

Of course, both of these definitions are flawed in that they do not explain all instances of so-called doubling phenomena in morphology and phonology. For example, whilst I define reduplication as occurring in polysyllables, it is possible to reduplicate monosyllables, e.g.

However, it is arguable that this is only partial reduplication as there is no consonant copy.

The point I am making is that whether or not you count some phenomenon as reduplication depends on the definition/operationalization you are using.

Your tutor is probably right to draw your attention to the fact that it is usually the stressed syllable that is reduplicated (but be careful, as some children have rather idiosyncratic presentations and this is not an invariant). As I am a speech-language pathologist, a major interest in my practice is assessment of child phonology. As such, I am focused on reduplication as a phenomenon in the realization of children’s so-called first words, i.e. up to around 2;00-2;06 years. In assessing child phonology, therefore, I am concerned to investigate the pervasiveness of reduplication and how this may or may not affect a child’s ability to communicate effectively. As an aside, it is interesting to note that not all children within this age range show evidence of reduplication, they are what are known as non-reduplicators (a term coined by Schwarz et al., 1980). So, whilst we acknowledge the presence of particular phonological simplifying processes in the typically developing (average) child, there is no one individual who can claim to be the average child and, consequently, we cannot declare that all known phonological processes will be displayed by every child.

The vocabulary of children up to around 2;06 years is populated predominantly by monosyllabic and disyllabic words. It should be noted that, in English, the first syllable of the majority of disyllabic words is usually the stressed syllable. So, you can probably see now – given the context of my practice and my purpose in investigating reduplication in children’s first words – how I have arrived at my definition. Indeed, Grunwell (1982, p.171) provides a similar definition:

“Reduplication is the repetition of the first syllable, which is usually also the stressed syllable, to constitute the second, and occasionally subsequent, syllable(s) in a multisyllabic word.”

You point out that you were asked to write the word ‘banana’ as if spoken by someone who exhibited reduplication – and that you had decided on /baba/ as a plausible realization but were told that the ‘correct’ answer was /nana/. I don’t want to go against any particular model that your learning institution is promoting. However, it should be apparent that if you subscribe to Barlow’s (2006) definition of reduplication as simply the repetition of some portion of a word then /baba/ fulfils this criterion and it is – under this definition – a suitable example of reduplication. Of course, if you are working to a definition that states that only doubling of stressed syllables constitutes reduplication then /baba/ would not satisfy the requirements of the definition..

I hope this goes some way to helping you think through the issues of identifying and categorizing children’s phonological processes. Of course, even when we’ve set out our definition there can be so-called confounding variables – things that get in the way of us deciding unequivocally whether or not a phenomenon satisfies the requirements of our working definition. For example, it can sometimes be difficult to distinguish between reduplication and what is known as consonant harmony, i.e. where a target consonant assumes the place of articulation of a trigger consonant across an intervening vowel.