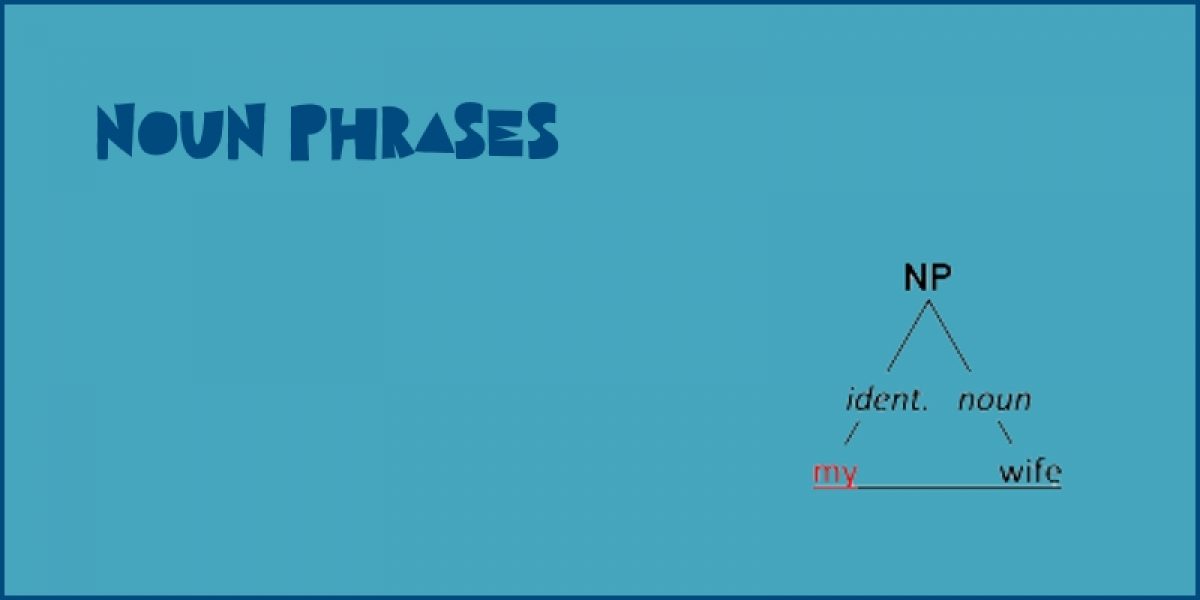 As with verb phrases, noun phrases (NP) must consist minimally of a head word. This may be either a noun or a pronoun, e.g.

The head in noun phrases may also receive pre-modification. There are five main ways this may be achieved. It may be pre-modified by (1) identifiers, (2) numerals, (3) quantifiers, (4) adjectives, and (5) adjectives and their associated intensifying adverb. We will now provide examples of each of these types of modification using the utterance the boy hugged the dog as a baseline.

In our example utterance, the boy hugged the dog, there are actually two noun phrases, as indicated below.

Consider the following modification to our baseline utterance.

Recall that quantifiers such as several, few and many are used to make reference to indefinite quantities. In the following example both head nouns in each of the noun phrases in our baseline utterance have been pre-modified by the use of a quantifier. The first is the quantifier several and the second is the quantifier various.

Recall that adjectives are descriptors that qualify nouns by providing additional and specific information. They commonly occur before a noun. The reason for this should now be apparent, i.e. because they may be used to pre-modify a head noun but not to post-modify the noun. In the following example, the head of the first noun phrase is pre-modified by the adjective happy and the head of the second noun phrase is pre-modified by the adjective sad.

To summarize, our original example utterance may now be illustrated as follows.