You are here: Home > Language > Linguistic Performance and Linguistic Competence 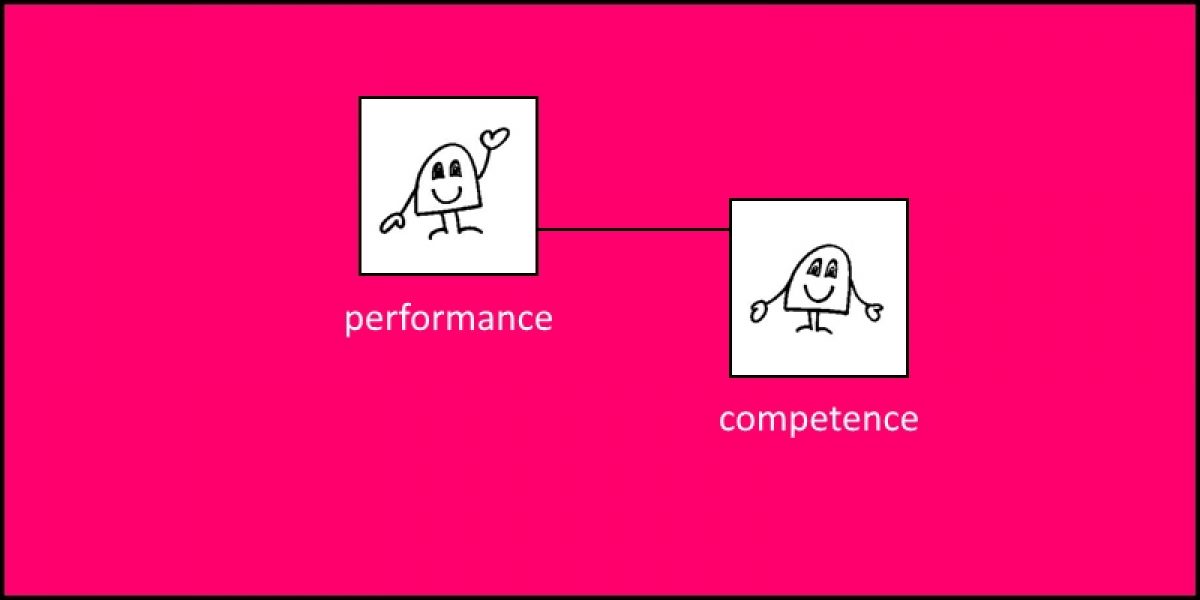 The innatist view of language acquisition argues that human beings have an innate ability to understand the grammar of languages, that the general rules of language are internalized within the human brain. As a consequence, people are able to automatically recognize and reject ungrammatical utterances. For example, a native speaker of English would be able to reject the following as ungrammatical, even if they were unable to explain why this is so.

For most of us, the ability to communicate using language through the medium of speech comes quite naturally. We just seem to acquire the necessary skills with little conscious effort on our part. We seem to develop subconscious understanding of important aspects of human communication. We are able to use these so-called psycholinguistic insights to make judgments and predictions about communication. Take a look at the following pictures (adapted from Berko, 1958) and complete the final statement. 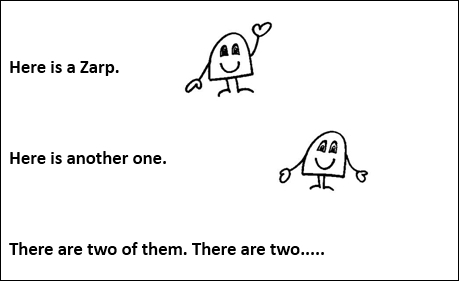 If you are a native speaker of English, you will have internalized the rule that governs how regular plurals are produced and you would most likely have said Zarps when completing the statement, i.e. ‘Now there are two Zarps.’ It is unlikely that you have come across a real-world object called a Zarp before so you cannot have just memorized this plural form. Rather, you have demonstrated application of an internalized psycholinguistic rule to a novel word.

Now, you will have internalized more rules than just how to form regular plurals. Consider the following.

Did you say doying? Many people do. But why not doys, or doyed, or redoy? Well, this is because you have an internalized rule that explains how to create words that describe an action that is on-going at the time of utterance – what is known as the present progressive. In English, the present progressive takes the form of the verb be, plus a head Verb to which has been added the suffix –ing, i.e.

Like the word Zarp the action word doy is fabricated, it is not a real word (it is a neologism), and yet the fact that most people respond with doying demonstrates that we have a relevant internalised psycholinguistic rule and that we can apply this to novel words. First, we scan the construction This Zarp can doy and, by analogy with constructions such as This cat can bite, This dog can jump, This boy can laugh, we deduce that doy is most likely a verb. Then, as we analyze the incomplete construction, It can’t come out to play at the moment because it is….. we identify this as referring to an action that is ongoing at the time of the utterance. Our internalized rule regarding the construction of present progressive forms leads us to the conclusion that the verb be (realized as is) requires a head Verb – which we have already deduced is doy – plus an –ing ending. Hence, most people would complete the utterance with the fabricated word doying:

This ability to make use of an internalized grammar, which enables one to both speak and understand an infinite number of potential utterances, is known as a speaker’s competence (communicative competence). It is competence in the use of language that makes possible a speaker’s performance, i.e. the behavior of producing actual utterances. There is, in short, a distinction between what is potential and what is actual:

An obvious disparity between competence and performance is the case of someone attempting to speak a language other than their first language. Consider the following utterance by the Italian soccer star Gianfranco Zola on the difficulties of improving his English at Chelsea Football Club, England (The Mail on Sunday, March 2, 1997).

As we know that Zola can speak fluent Italian we can be confident that he has language competence. However, his performance in a language other than his native Italian does not meet the criteria that most native speakers of English would consider necessary for an utterance to be viewed as grammatical. Nevertheless, even amongst native speakers of English there is disagreement about what is considered grammatical and what is not.