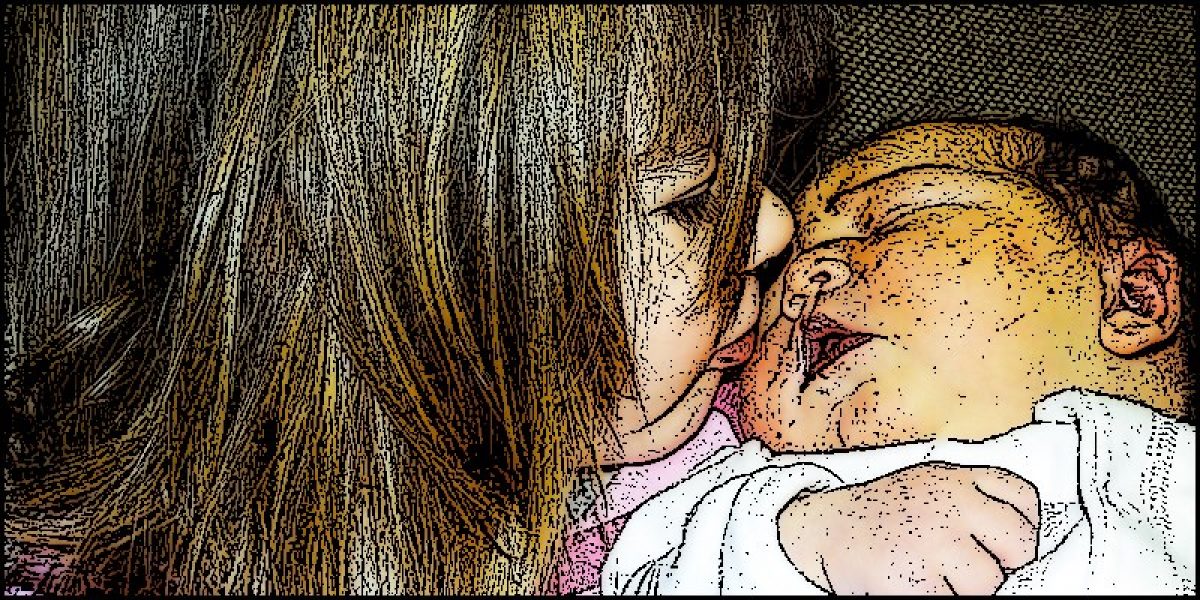 Because these words frequently occur together, in preference to other words such as bread and plaster, fish and typewriter, or knife and haystack they are said to collocate highly.

Words do associate with more than one other word, however. For example, the word chips also occurs in association with microcomputers (if we are referring to silicone chips). As these two words do not occur together as frequently as fish and chips they are still said to collocate but less highly.

Thus, the probability theory of language learning asserts that as children are exposed to language they learn to associate those words that occur together most frequently and they are, therefore, able to construct the rules of speaking and generate sequences of meaningful utterances.

A main criticism of this theory is that it offers no explanation as to how children use language creatively, i.e. how they can say completely new and novel things. If a child is shown a photograph of their mother, s/he may be just as likely to say, ‘That’s my mum!’ as to say, ‘Nice picture!’ or any number of things. Relying on the statistical probability of one word associating itself strongly with another does not add much to our understanding of these situations.

The most famous proponent of this theory was the Harvard psychologist B.F. Skinner.

In brief, this theory proposes that the child hears what the adults in his or her environment are saying and simply copies what is heard. The child also learns to associate certain heard things with particular events. So the child may hear, ‘It’s a drink’, whilst at the same time being handed a beaker of orange juice. In this way it is claimed that the child learns the meaning of the words heard.

Similarly, if the child makes an attempt to communicate, for example by saying ‘di’ and, at the same time pointing to a cup, the parent is likely to reward this attempt by giving the child a drink. Thus, the child learns through imitation, association and reinforcement. This process is sometimes known as learning theory.

The overriding difficulty with this theory is that everyday language does not provide a good model of so-called correct adult speech. Adults are always tripping over their words, hesitating, using slang and regional dialects. How, then, could the child possibly sift through this mass of confused signals to imitate only those words and phrases that reflect acceptably correct speech? In addition, an examination of the types of mistakes children make demonstrates that they are attempting to apply rules to their language, and not simply to copy adults. Consider the following child’s utterance.

The first thing to notice is that this can not be an imitation of an adult’s utterance, as adults do not speak in this manner. The second point is that the child appears to be attempting to apply some sort of linguistic rule. Instead of using the correct past tense form went, the child appears to be attempting to make the verb go into a past tense by the addition of the suffix -ed. This is the appropriate strategy for verbs such as walk and pray, which become walked and prayed respectively. However, the child appears to have over generalised this rule on this occasion. The important point, though, is that the child produces an utterance that clearly cannot be an imitation of an adult model and which also shows evidence of being governed by some rule system.

Cognitive theories try to get inside the mind of the child and to propose the types of mental structures and thinking processes that may be taking place. They argue that the child cannot move on to learning a new language skill until he or she is intellectually ready for the next stage.

This theory was most forcefully presented by the Swiss psychologist Jean Piaget. He argued that the child has to have a certain psychological capacity, or cognitive ability before s/he can learn particular aspects of using language in order to make themselves understood. One example of this is that a child must have the mental ability to appreciate that people, or things, still exist even when they are out of sight. If they cannot appreciate this, then it would be difficult, for example, for the child to understand and respond appropriately to questions such as, ‘Where is your dad?’ when the child is at nursery school and the father is at work. The child must have the mental ability to understand that dad still exists, and that he exists in some place away from the nursery, in order to explain where he is. This cognitive ability is known as object permanence.

At face value, cognitive theory appears intuitively correct. After all, a 16-year-old is able to learn and play the game of chess more readily than a five-year-old. As the game of chess requires good analytic and predictive capacities, the more intellectually able 16-year-old is better suited to learning its intricacies. By extension, if the acquisition of language is solely dependent upon intellectual ability then, according to cognitive theory, one might reasonably predict that older children would learn a new language more easily than younger children, as they are intellectually more able. Whilst learning the rules of chess is simpler for the 16-year-old child’s superior intellect, research has shown that the five-year-old child would likely learn a second language more easily than the older adolescent. Consequently, the acquisition of language cannot be as straight forward as being solely reliant on a developing intellect – if it were, then the 16-year-old should learn the new language more easily.

In contrast to Piaget, the Russian psychologist Lev Vygotsky believed that the child’s contact with other people is of crucial importance in the process of human development and learning. Vygotsky proposed that it is only because we are engaged in increasingly complex and highly organized activities with others that we become able to conceptualize the world and think in abstract terms. For him, the bridge that spans the gap between joint activity and thought is language.

He considered language to be both (1) a cultural tool for jointly sharing and developing the knowledge which human societies require for their existence and continuance, and (2) a psychological tool for cognitive activities such as reasoning, organizing thoughts, and so on. For Vygotsky, it is social interaction that first provides the child with a means of making sense of its own behavior and that subsequently determines the way in which he or she thinks about the surrounding world.

This theory contends that humans are genetically pre-programmed to learn language. It has been popularized by the linguist Noam Chomsky who referred to the child’s innate general language learning ability as the Language Acquisition Device (LAD). He claims that children have a kind of blueprint in the brain that enables them to recognize and manipulate the structure of language (Key Properties of Language). Observations such as the uniqueness of the human speech organs, the speed of acquisition of language, the presence of linguistic universals (features that are shared by all languages) and the claim that language is unique to humans are all used to claim an innate ability for language acquisition.

This article has drawn on the following texts.