You are here: Home > Voice > Intonation 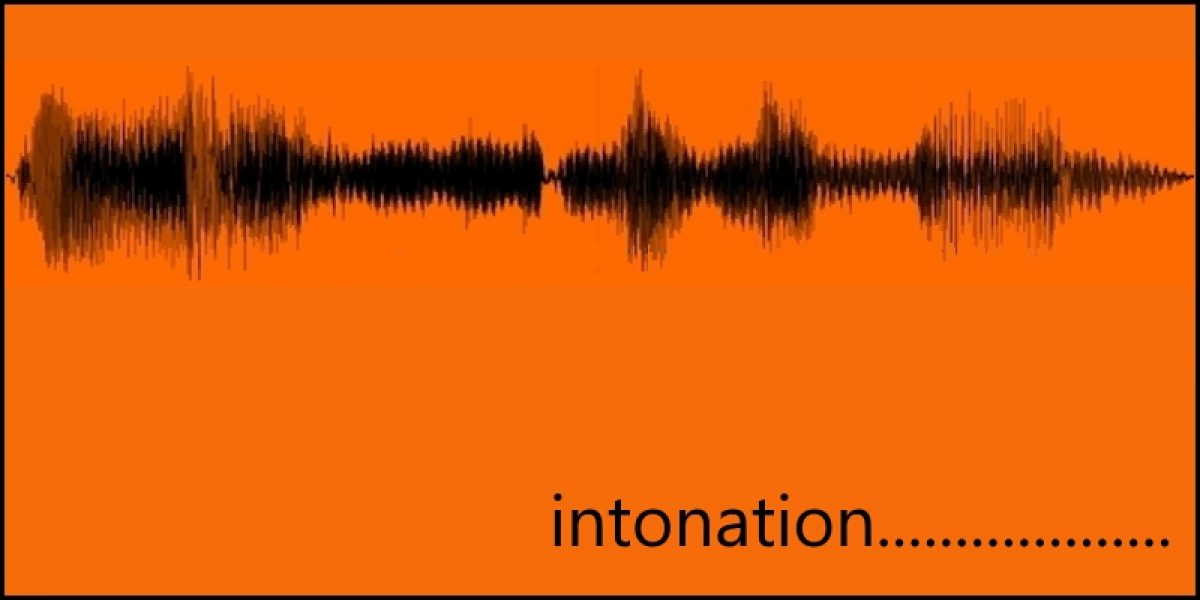 As well as a characteristic beat or rhythm of connected speech, as a product of stress patterns, there is also an attendant musical quality, defined by distinctive pitch changes known as tones (Burzio, 2005; Halliday and Greaves, 2005). Halliday (1967) describes five simple and two compound tones in English:

However, we can see that each is constructed from just two primary tones (1) falling, and (2) rising.

As the word no is monosyllabic there is only one syllable to receive the primary stress. This is indicated by capital letters. The first utterance, with falling tone, is most likely interpretable as being a refusal, or a statement. In contrast, the second utterance, with rising tone, is plausibly interpretable as a questioning utterance. We see, therefore, that tone is capable of signaling meaning.

Longer utterances tend to be divided into semantic chunks, units of meaning that appear to convey a complete thought. These units of information are also typically marked by tonal changes, a series of rises and falls in pitch. They are known as tone groups. Each tone group has a nucleus. This is the most prominently stressed syllable in the tone group. Consider the following utterances that consist of just one tone group each.

In both utterances it is the monosyllabic word bun that receives the prominent stress, this is, therefore, the nucleus. However, in the first utterance the nucleus receives a falling tone and in the second a rising tone. The effect of this is to alter the intended meaning. The first utterance is most likely interpretable as a matter-of-fact statement, whereas the second utterance is potentially interpretable as a questioning utterance.

We see that these utterances divide into two units of information: (1) he ate the bun, and (2) because he was hungry. Each of these units is a tone group that contains its own nucleus. We have already identified the nucleus of the first tone group as the monosyllabic word bun. In the second tone group the nucleus is the first syllable of the word hungry. In the first utterance both tone groups receive a falling tone, and this enhances our interpretation of the utterance as a statement. Similarly, both the tone groups of the second utterance receive a rising tone, and this further accentuates our interpretation of the utterance as a question.

Of course, in utterances with more than one tone group, the tones do not all have to be the same. Consider the following.

Two meaning units are identifiable in this utterance: (1) do you drink red, and (2) do you drink white. In the first tone group the nucleus is the monosyllabic word red. This receives a rising tone which, as we have seen, frequently signals a question. In the second tone group the nucleus is the monosyllabic white. This nucleus receives a falling tone which we have, so far, identified as typically signaling a statement. The overall meaning of the complete utterance, however, is interpretable as being a question, despite the fact that a falling tone is included.

In all of the examples of intonation presented so far, there have been no words following any of the nuclei of the tone groups. Of course, it is possible to have words following a nucleus. Consider the following example.

he ate the \ BUN with ham and cheese

In this utterance, four words with ham and cheese are appended after the nucleus bun. The words that occur after a nucleus in a tone group are known as the tail. In this instance, therefore, with ham and cheese represents the tail of the tone group. Now, the pitch contour of the tail typically follows in the same direction as the nucleus. So, in the above example, as the nucleus receives a falling tone, then the pitch of the tail will also fall, being spread across the whole length of the tail. This may be represented diagrammatically as follows.

he ate the \ BUN with ham and cheese falling

This utterance continues to be interpretable as a statement. Similarly, when the nucleus in the above utterance receives a rising tone, then the pitch of the tail continues in this direction across the full length of the tail, i.e.

he ate the / BUN with ham and cheese rising

Once more, this utterance continues to be interpretable as a question.

There are several more nuances of intonation that could be investigated. However, space does not permit a more detailed examination. The foregone discussion should, though, have demonstrated the ways in which intonation contours may be used to signal meaning. The study of intonation is clearly complex but it is sufficient for now to recognize that people rely on intonation to clarify meanings and to interpret the attitude of the speaker. Often, the most effective communicators are perceived as those persons who can effortlessly vary prosodic features to create interesting and colorful speech that is capable of expressing a diversity of intellectual and emotional meaning. In contrast, for example, a speaker who does not vary his or her intonation contour, according to the context of the conversation, speaks in a monotone that may be perceived as boring, disinterested, and similar.