You are here: Home > Research Methodology > Incidence and Prevalence 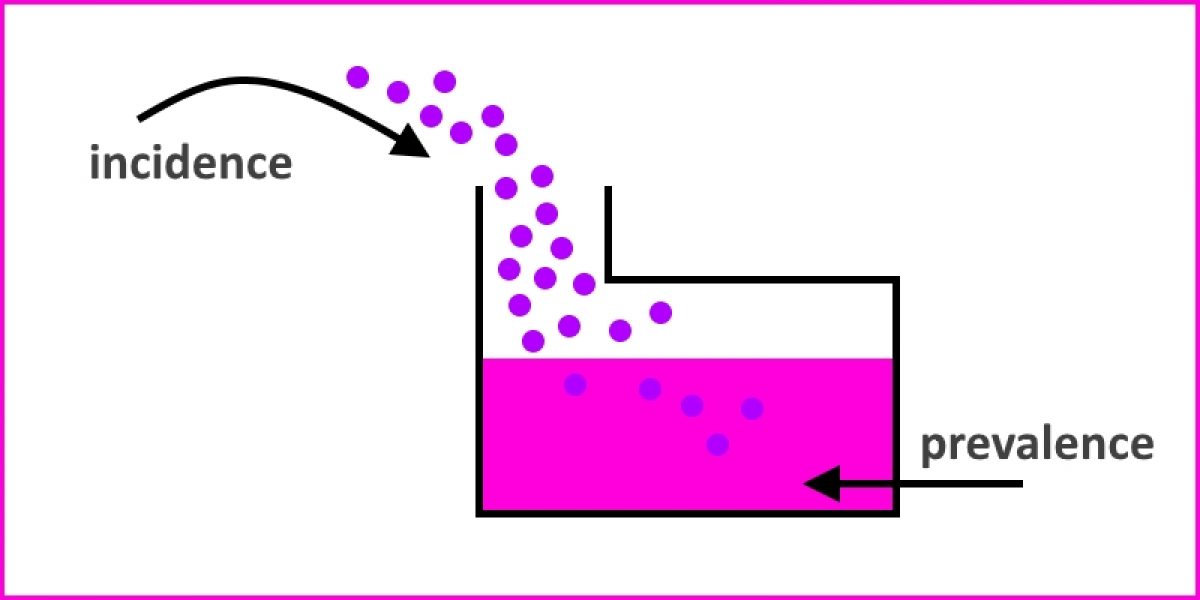 Incidence and prevalence are measures used to describe patterns of disease in communities. Data on preschool stuttering is used to demonstrate how to calculate an incidence rate and a prevalence rate.

The term disease is used here in its broadest sense to mean any impairment (whether psychological, physiological or anatomical) that interferes with a person’s ability to meet the needs of daily living. As such, it would include any disruption of speech, language, voice or fluency that leads to a communication disorder. We have retained its use in this article because it is the common term found in much epidemiological literature.

People with speech, language and/or communication needs expect to be treated as individuals when consulting a speech-language pathologist (speech therapist). There is an expectation that the individual’s particular needs will be considered and addressed. Indeed, this is the approach speech therapists are trained to adopt when assessing any potential communication problem. Typically, other people are only considered inasmuch as they affect the person with the communication difficulty. However, there are other approaches that consider not the individual but large groups of people:

Demography is the study of whole populations. It is concerned with such things as how many people live in a particular area, how many are male, how many are female, the number of children born, the number of people who died during a specified period of time, and so on. This type of data is often gathered through national census (e.g. the UK has conducted a national census every ten years since 1801, with the exception of 1941).

Why is measurement useful?

Statistical data such as incidence and prevalence are extremely useful for planning new services to assist people suffering from disease and for improving established services. They help to define the health and social care needs of the population so that service providers can identify what functions, staff competencies, numbers of staff, and similar, are needed to meet those needs. These data are, clearly, of interest to budget holders – those persons who commission health care services – and may be of public interest, influencing the public’s perception of particular conditions, disabilities, illnesses, and so on. The data may also influence professional training. For example, if the incidence of autism were shown to be increasing significantly this may require professionals to extend their scope of practice and undertake additional specialist training in autism spectrum disorder. Finally, for similar reasons, the data may influence investment in research into particular diseases.

We will use the example of preschool stuttering to calculate a plausible incidence rate and prevalence rate. As with many attempts to measure diseases using these rates, an overriding difficulty is finding the necessary data to make the calculation. This is not always easy, as different researchers may define stuttering differently. For example, some may include children who exhibit “stutter-like dysfluencies” such as whole-word repetitions but others may exclude them (Gordon, 2002:278). In sum, how one chooses to operationalize variables will affect which children are counted and which are not.

We have noted that incidence is the number of people who began to suffer from a disease during a particular period of time, and that prevalence is how many people actually had the disease at a particular time. Now, in order to compare how common a disease is at different times or in different geographical places we need to compare the number of cases with the population at risk of having the disease. We, therefore, calculate incidence and prevalence rates. These are typically expressed as either percentages or rates per hundred thousand of the population. In the following we will calculate rates as percentages.

The incidence rate of a disease over a period of time as a percentage of the population at risk is given as:

size of the population at risk

The prevalence rate of a disease at a particular point in time as a percentage of the population at risk is given as:

total number of cases at the particular time x 100

size of the population at risk

Suppose that in a certain town in the UK the following data are recorded.

Figure 1 above gives us the ‘size of the population at risk’. Note that we only consider the population of concern and not, for example, the size of the town’s whole population (including older children and adults). As we are interested in examining stuttering in children between the ages of 0-4 years, this is the population we must use for comparison.

So, the incidence rate for preschool stuttering in this town in 2001 was:

The prevalence rate for preschool stuttering in this town on 29 April 2001 was:

We see that the incidence rate is smaller than the prevalence rate. This is fairly typical of a so-called chronic disease, i.e. a disease which may last for a number of years: the number of new cases in any one year being relatively small in comparison to the number of existing cases.

The prevalence rate of 2.3% in this town is close to the prevalence rate of 2.43% reported by Proctor, Duff and Yairi (2002) (see also Yairi and Ambrose, 2005). This may lead us to conclude that we are in agreement with Proctor et al’s published work and that, at any point in time, almost 2.5% of preschool children stutter. This may well be the case. However, we must be cautious when making such a claim. We have already noted potential difficulties in accessing relevant data to perform calculations and one difficulty here is that our population of UK preschoolers drawn from just one relatively small town (total population in 2001 = 97838) may not be directly comparable with the preschool population examined by Proctor and her co-workers who screened over 3000 African American and European American preschoolers. This is an issue of generalizability of research findings, i.e. the extent to which the findings hold true for subjects or settings other than the ones that we actually used.