You are here: Home > Grammar > Grammar of Spoken Language 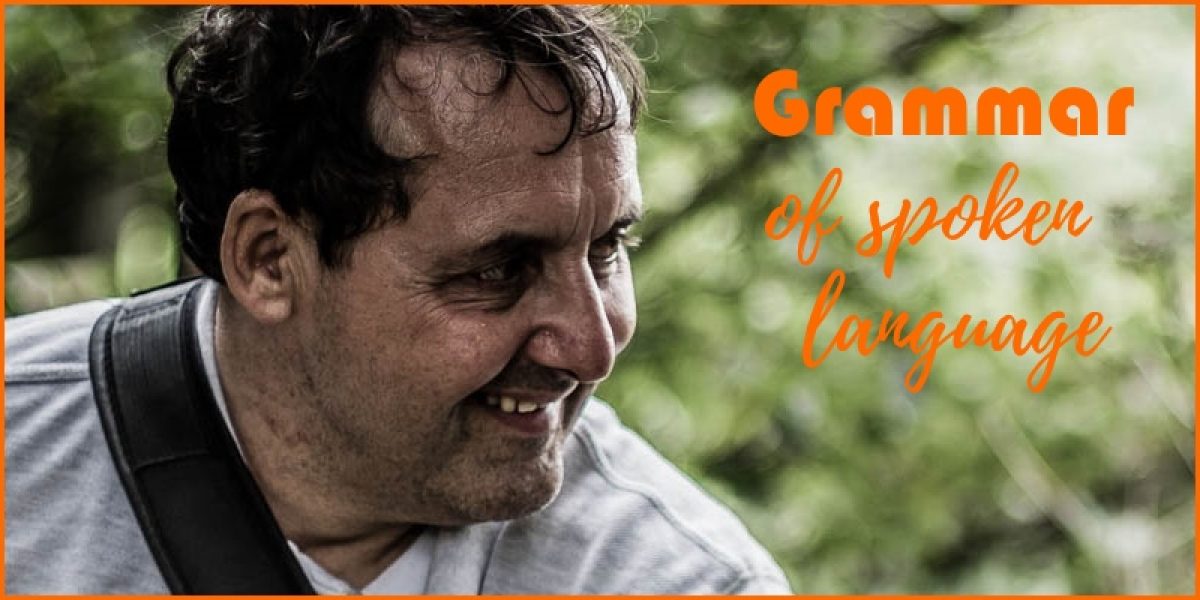 When considering the construction of phrases and clauses, terms such as ‘grammatically correct’, ‘syntactically correct’ and ‘unacceptable’ are often used. These terms are typically used to identify a particular phrase or clause as either being ‘well-formed’ or ‘not well-formed’ with respect to the grammatical rules of the language. In other words, does the construction of the phrase or clause conform to the rules of (English) grammar? If it does it is considered to be ‘well-formed’. If it does not then it is considered to be ‘not well-formed’.

It is argued that native speakers of a language are able to make intuitive judgments about how well-formed a phrase or clause is. Indeed, in order to validate notions of correct and incorrect constructions, linguists often appeal to speakers’ intuitions as a means of endorsing their arguments. However, there is a danger of assuming that because an utterance is well-formed then it must necessarily be meaningful. Consider the following famous example proffered by the linguist Noam Chomsky.

This utterance is syntactically well-formed. In fact, it conforms to the syntactic rules of English regarding the formation of SVA clauses, i.e.

However, it is meaningless. The following clause, derived from the above example, as well as being meaningless is also now not well-formed.

A second point to note is that our concept of ‘well-formed’ is influenced by the fact that we (I’m a UK citizen) live within a literate society. In other words, we tend to consider an utterance as being well-formed in relation to how we would expect it to appear in a written text. But consider the following.

did they not deal in scandal surely

This construction was uttered by a radio presenter in conversation with a studio guest. As a written text it appears somewhat cumbersome and possibly ungrammatical. However, within the context of a relatively informal face-to-face conversation it is fairly typical of the sorts of incomplete and ‘ungrammatical’ constructions people make. Consider the following extract from a conversation between two adult males.

Notice that this extract is full of hesitations, pauses and utterances that, according to prescriptive grammarians, would be considered ‘not well-formed’. However, this extract is typical of much of our day-to-day use of language. We must recognize, therefore, that there is a difference between the sort of grammar that may be taught in schools, and to non-native speakers learning the language as a second language, and the grammar of actual native speakers in informal settings.

The specific grammar of speech

your brother, he’s a footballer, isn’t he?

my dad, his friend, they went to Stockton

I’m playing for, I’ve got a trial for the under-tens, I have

loads of things to do tomorrow [there are…]

didn’t know you were going now [I…]

okay, so we’ll go there tomorrow

oh, I didn’t realize that

anyway, I’ll let you get back to Little Britain…see you

There are several more grammatical features that appear to be peculiar to spoken language, including:

The interested reader is referred to Carter’s (2004) excellent summation.

Williamson, G. (1995) Instructor-Trainee Conversation in an Adult Training Centre for People with Learning Disabilities: An Analysis of the Function and Distribution of Back Channel Tokens and Personal Names unpublished PhD thesis, University of Newcastle upon Tyne, Newcastle, UK.

Verbs
Clauses
The Function of Phrases within Clauses