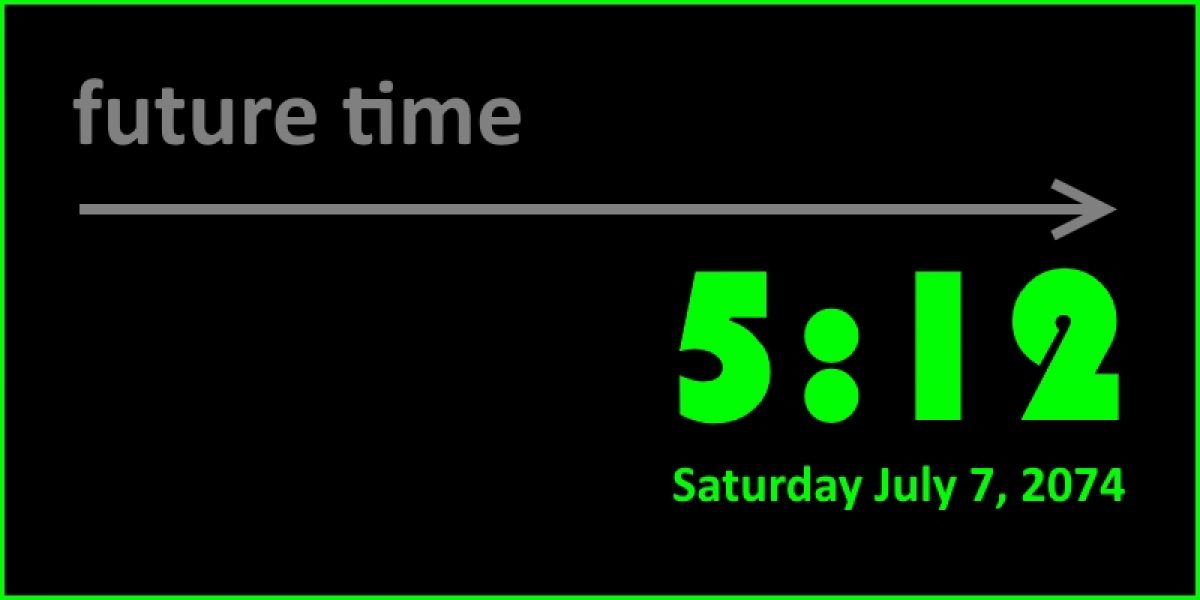 No future tense in English

We have seen elsewhere (see Lexical Verbs) that English verb forms only mark two aspects of time, the present and the past, i.e. there is no future tense form of English verbs. Some languages do mark future tense with a particular verb form, however. French is one such language, e.g. ‘je mangerai’ (I will eat), ‘tu danseras’ (you will dance) ‘ils donneront’ (they will give). Speakers of English are, however, clearly capable of speaking not only in terms of the past and the present but also in terms of the future. How then do we indicate future time in English? There are four main ways:

One of the most obvious ways of referring to any moment in time is to use so-called temporal markers (also known as ‘time adverbials‘). Temporal markers can refer to the past (e.g. yesterday, last Sunday, the other day), present (e.g. now, at present, currently) and the future (e.g. tomorrow, next week, in a fortnight). Present tense verb forms (simple present and 3rd person present) and the present participle can be used to refer to future time when combined with a temporal marker that refers to the future, e.g.

when I give it to you tomorrow, don’t laugh     [simple present]

Present tense verbs in if-clauses typically indicate actions, events or states that might happen in the future, e.g.

if you sing, I’ll buy a new shirt

I’ll call him, if the work improves

The modal auxiliaries will and shall are used in constructions like the following.

we will send you a postcard

I shall leave you alone

you will never amount to anything

Reference to the future can be achieved by using the present tense form of the verb be followed by going to, as in the following examples.

I am going to cut the cake

you are going to have a nice time

she is going to visit the Louvre

Again, reference to the future can be made through the use of the verb be but, this time, followed by about to. Consider the following examples.

he is about to release the capsule

they are about to free the prisoners

we are about to confess it all

In addition to the immediately above use of be going to and be about to in their present tense forms, they can also be used in past tense form to refer to future time. When used in this way, the semi-modals point to a projected future time that is viewed from some point in the past, e.g.

back in Ireland they were going to make me an offer

he was going to be happy with her

in Spring they were about to plant the border

so, she was about to do it but stopped herself

you were about to sell how many?