Features of Communication in plain English 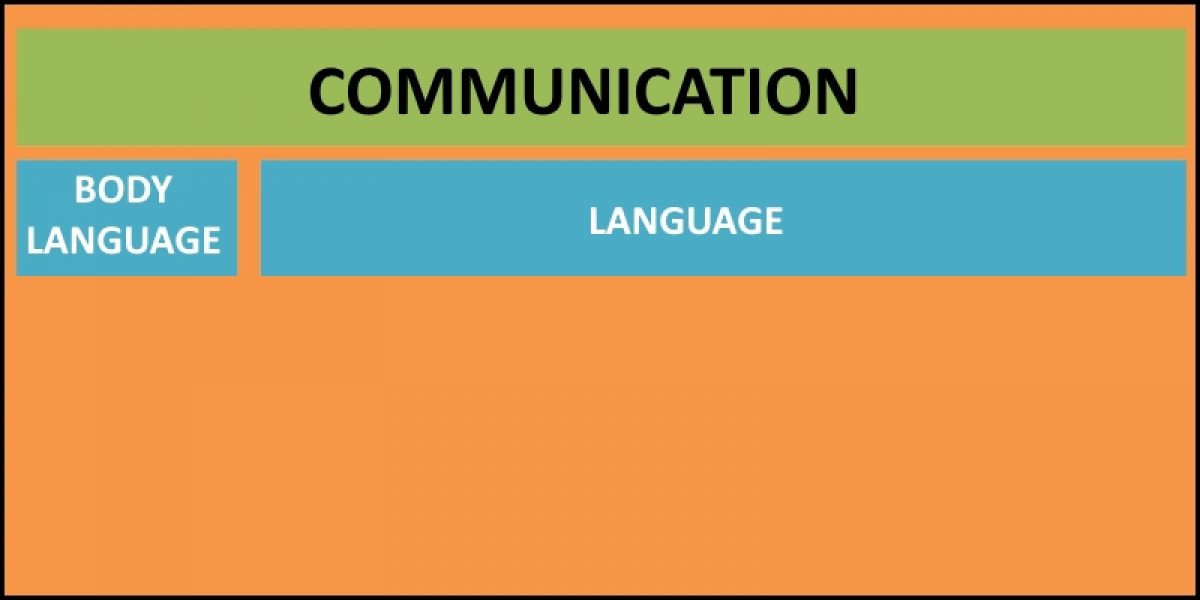 The following diagram is a summary of the different areas that make up human communication. 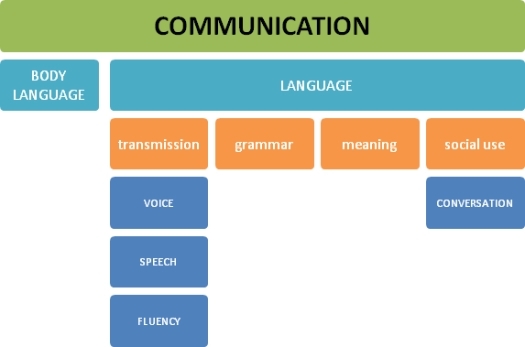 Communication is the sharing of thoughts, feelings, messages and information.

Sometimes we communicate in larger groups – like when we have a conversation with a few people. READ MORE>>

Our spoken communication is helped by body language. This is a way of saying what is on our mind without using words. It is things like:

Language is used to communicate. It is different from speech.

It is the ability to understand words and to use them to make sentences. READ MORE>>

This is the method we use to communicate. There are two main ways we can use language:

In writing, the transmission system is written words – on paper, in an email, texting on a mobile phone, and so on.

In speaking, the transmission system is spoken words, e.g. cat, dog, hello, how are you?, kick the ball.

Grammar is the rules of language.

There are rules about what order words have to go in to make sense. For example, I can say the boy fed the dog but not dog the fed boy the.

There are also rules about how to talk about more than one thing. For example, I can say two dogs, three cats, four pigs but not two doger, three cating, four piged.

This is about knowing what words mean. It’s also about being able to use the right words to say the things you want to say. For example, if I want to tell my mum that I’ve just seen a furry animal with four legs, whiskers on its face, a tail at its rear and sharp claws, I have to use the word cat. Knowing lots of words to describe things is our vocabulary.

It’s also about knowing that the same word can mean different things. For example the one word hood could mean:

We have to be able to use the right words in the right situations.

Social Use of Language

This is about how we use speech and language differently in different situations.

It is about knowing what to say, how to say it and when to say it. It is also about following rules of talking together. READ MORE>>

Voice is the ability to make sounds by vibrating the vocal cords.

The buzzing sound made by the vibrating vocal cords is called the voice.

Air from the lungs moves up through the windpipe (trachea) and between the vocal cords inside the voice box (larynx). If it is strong enough this causes them to vibrate. READ MORE>>

Speech is different from language.

Speech is the sounds we make with our mouth when we are talking. We use speech sounds to make words. For example, the word cat is built up from three speech sounds ‘c’, ‘a’ and ‘t’. READ MORE>>

Fluency is the smooth, easy production of speech.

Fluent speech is made without any effort. It is relaxed and flowing. READ MORE>>

We also have to be able to stick to a topic (such as talking about football, or cooking, or music). We shouldn’t jump around too much, as this is confusing for the other people we are having a conversation with.

Also, we shouldn’t interrupt too much. And if we are interrupted, we should know what to do about it.