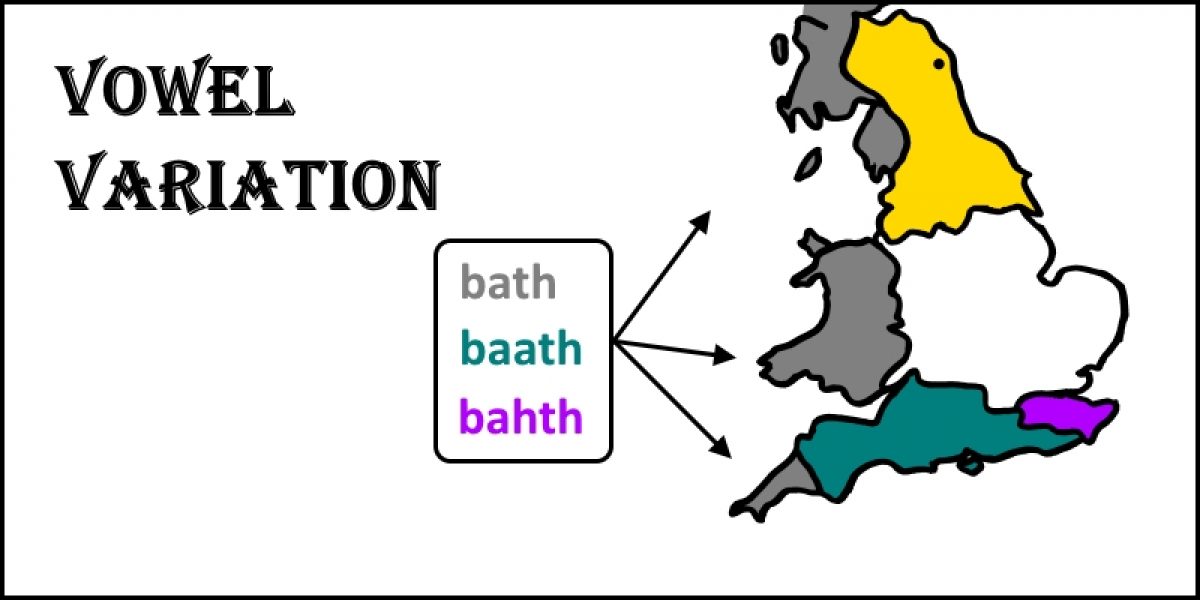 Similarly, Californian American English may differ in some aspects from General American (“the most frequently encountered broadcasting variety in the United States” (McMahon, 2002:5)).  For example, speakers with Californian accents may not distinguish between the vowel sounds in cot and caught – the two words often sounding the same.

In addition, the quality of vowel sounds in the various accents and varieties of English used throughout the world is constantly changing. Owing to the extensive variability in pronunciation, it is not possible to describe the quality of ‘English’ vowels as if English were some monolithic, indivisible and unchanging world language.

To reiterate, therefore, we will be illustrating some of the possible variations by reference to two broad types of English: General American (GA) and Standard Southern British English (SSBE): varieties used widely in broadcasting and frequently used to teach the language to non-native speakers.

It is recognized that, owing to different historical and cultural backgrounds, idiosyncratic differences and the like, these standard varieties may not adequately describe how you personally produce vowel sounds. However, they will serve to exemplify some of the “phonetic potential of the vocal tract” (Ogden, 2009:3) against which you can consider your own variety of spoken English vowel sounds.

NEXT>> Parameters for Describing Vowels