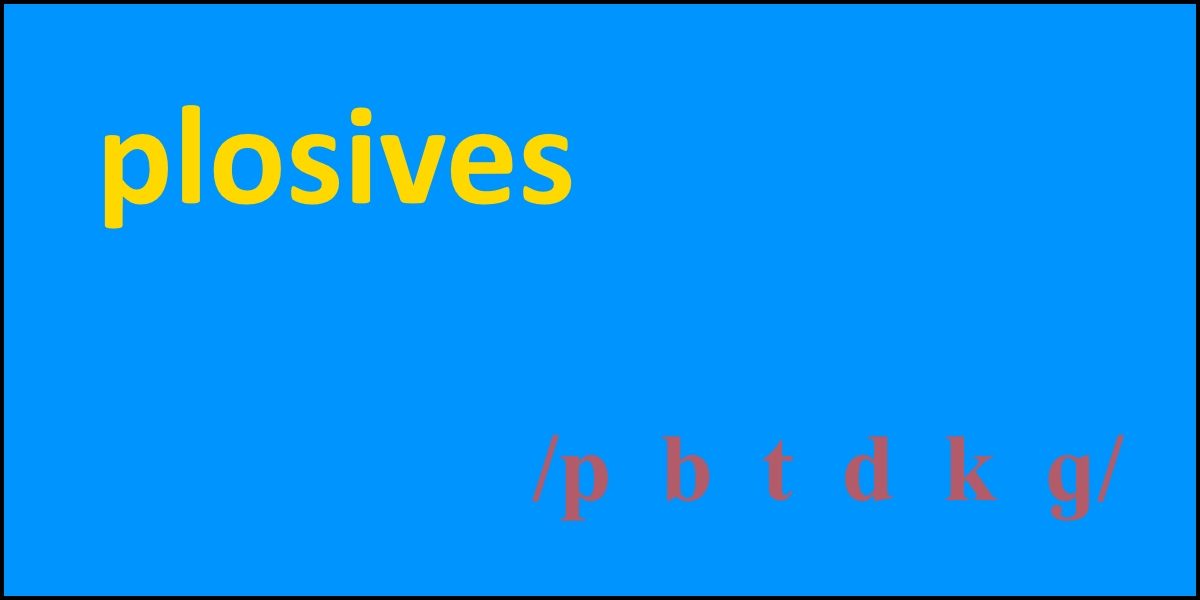 Plosive consonants are oral sounds, i.e. the soft palate is raised so that air from the lungs cannot pass upwards into the nasal cavity. The air can, therefore, only escape through the oral cavity. All plosives are produced by a complete obstruction of the airflow at some position in the mouth, for example by the lips coming together. Air from the lungs is then compressed behind the temporary obstruction and the air pressure builds up in the mouth. The obstruction is then removed (in this case, by the lips parting) and the air rushes out of the mouth with a slight explosive force, hence the name plosive. Because plosives are made by a complete obstruction that briefly stops the airflow, they are also referred to as stops or stop consonants. Plosives, or stops, occur in pairs and may be produced with or without the vocal folds vibrating. Recall that sounds produced without vocal fold vibration are said to be voiceless. In contrast, sounds produced with vocal fold vibration are said to be voiced. There are three pairs of voiceless-voiced plosives. These are outlined below. 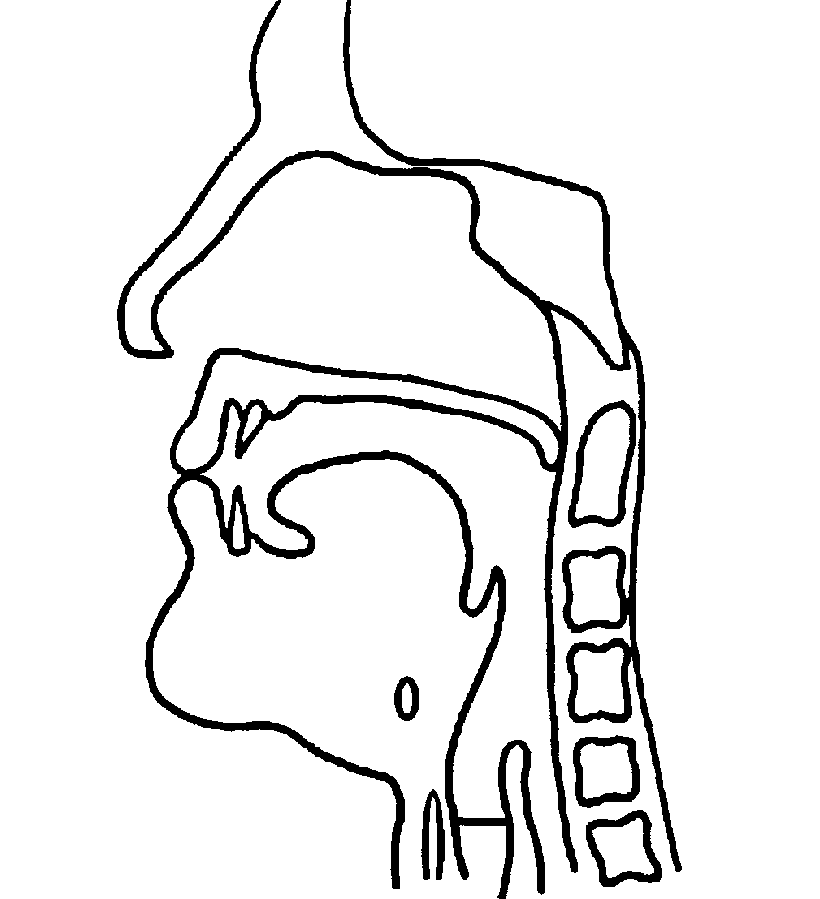 The first pair of plosive sounds is produced with the two lips coming together to form a complete closure. The sounds are known as bilabials, i.e. two lips. They are:

You can test for yourself the effect of the voicing. Hold your larynx gently but firmly between the index finger and thumb of one hand and say the sound /p/: remember to say it as it sounds at the start of the word pit and not as the name of the alphabet letter P, which would sound like /pi/. You should be unable to detect any changes in sensation through your fingers. Now say the sound /b/. You should now feel a slight tingling sensation in your fingers as the vocal folds vibrate. The only difference, then, between /p/ and /b/ is that /b/ is voiced and /p/ is not.

The typically developing child usually masters the use of bilabial plosives by around 3;00 years of age. 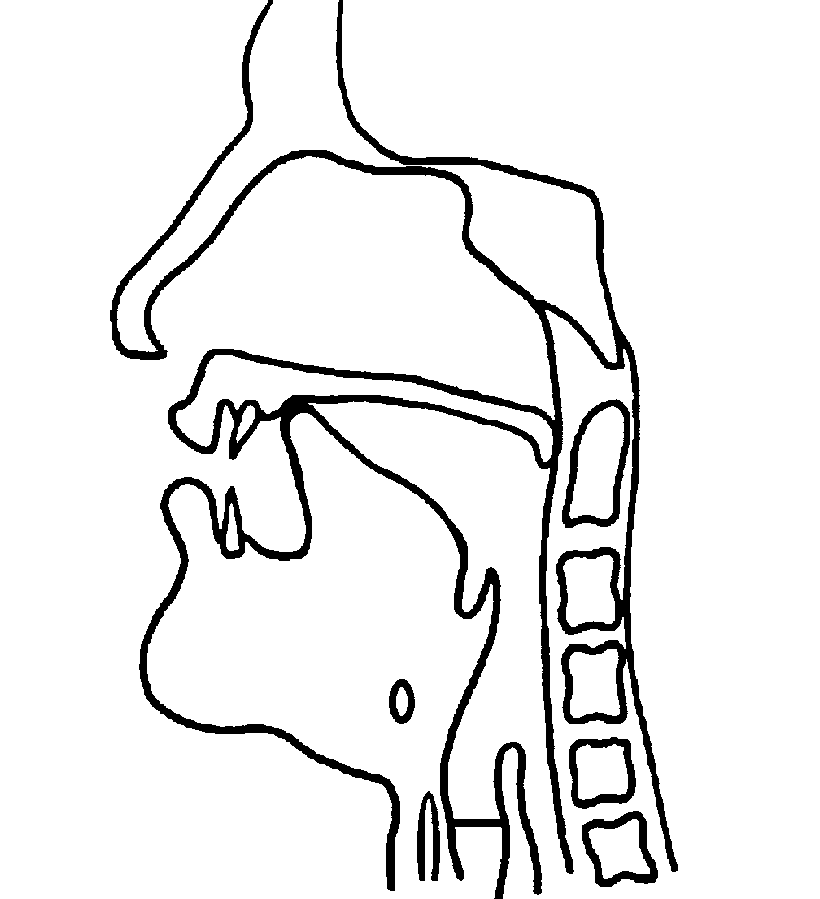 The second pair of voiceless-voiced plosives is articulated with the tip of the tongue contacting the alveolar ridge just behind the upper incisors. You can feel this for yourself if you run the tip of your tongue backwards from your upper incisors and up over the roof of your mouth. The alveolar ridge is that bony protrusion just behind where your teeth meet the roof of your mouth. The sounds are, therefore, known as alveolar plosives and they are:

Again, by holding your larynx as you say the sounds /t/ and /d/ you should notice a slight vibration in the larynx on production of /d/ but none when you produce /t/. This is because the vocal folds vibrate for /d/ but not for /t/. The alveolar plosive /d/ is, therefore, voiced and the alveolar plosive /t/ is voiceless.

It is thought that the alveolar plosives take a little longer to master than the bilabial plosives. Around 90% of children will have mastered the use of /t/ by 3;09 years and the use of /d/ about 6 months earlier, around 3;03 years. 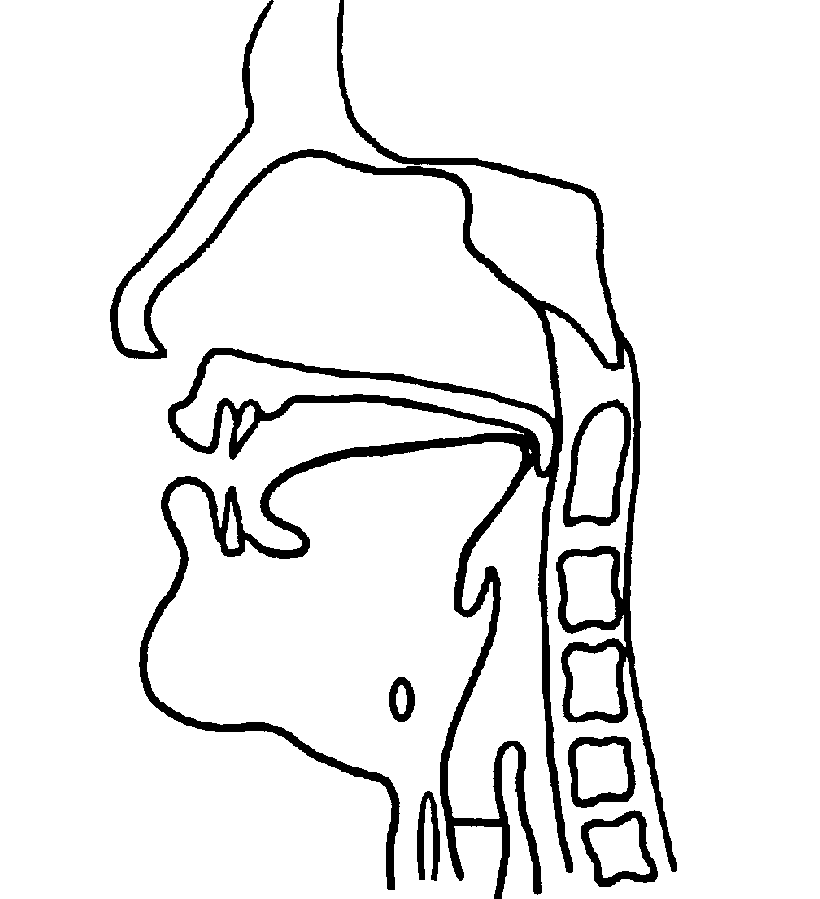 The third, and final, pair of plosive sounds is made with the back of the tongue contacting the soft palate or velum. The sounds are, therefore, known as velar plosives. They are: