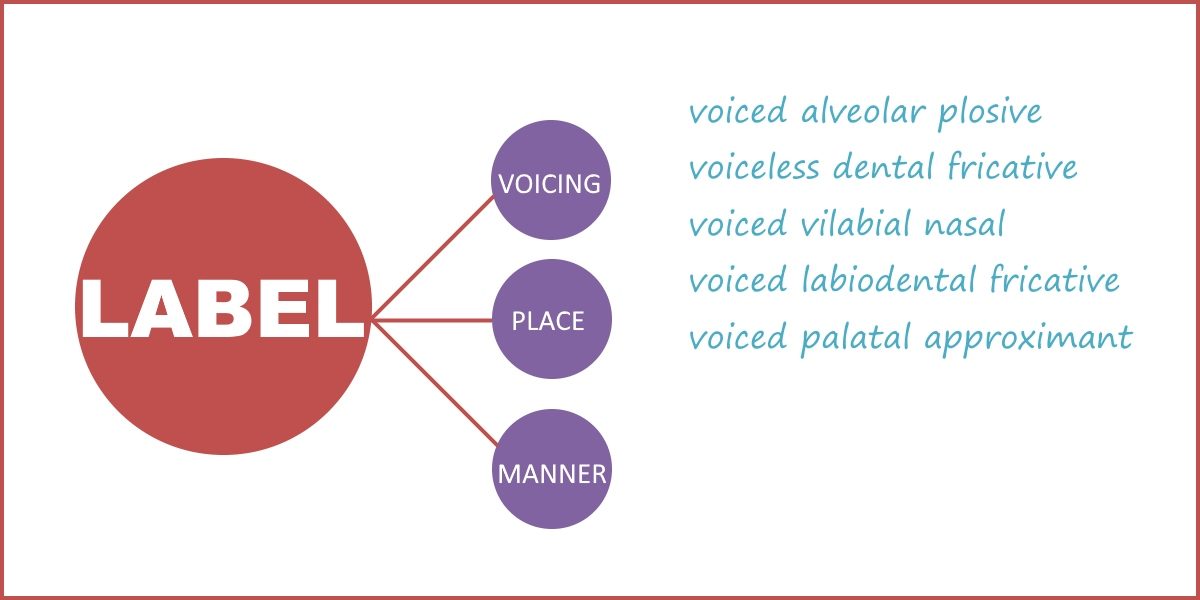 To consolidate our understanding of these important features, we provide the following summary explanations.

This indicates the type of contact that is made between the two articulators. For example, the articulators could fully stop the flow of air out of the mouth before subsequently releasing it explosively, i.e. a plosive. Another example is where the two articulators approximate closely such that turbulence or friction is created, i.e. a fricative. We have noted five possible manners of articulation in English:

Using the parameters of voicing, place and manner we can apply these to any consonant in order to provide a three-part label. Table 14 shows some examples.

NEXT>> Summary of English Consonants