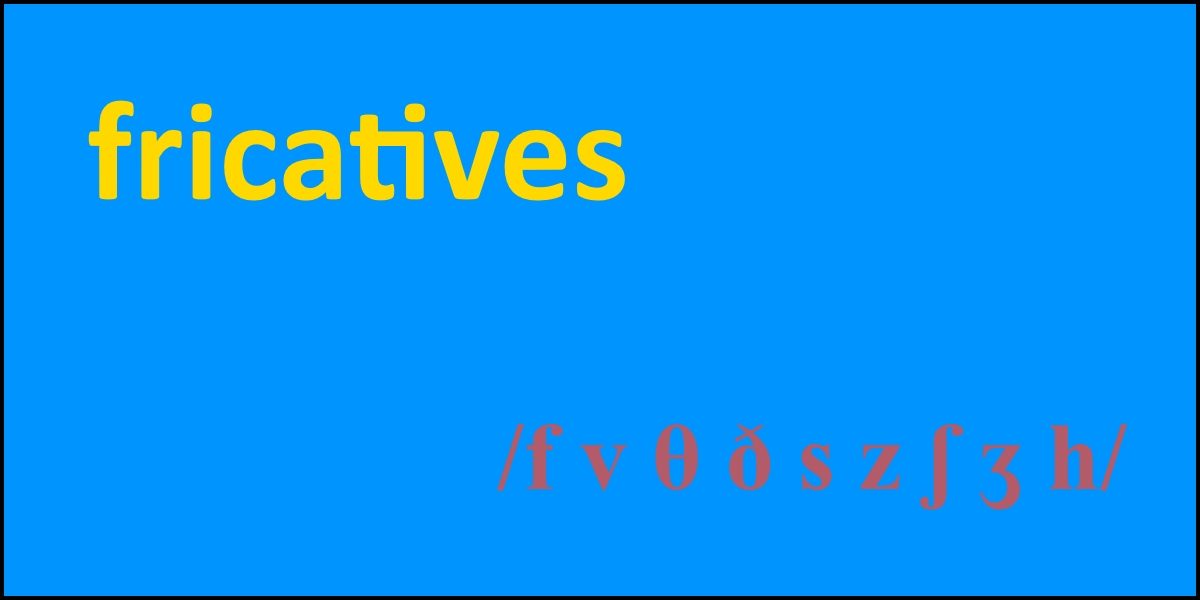 Fricative consonants are formed by a narrowing of the mouth passage by two articulators, such as the lips, teeth, tongue or palate, coming into near contact. The air forcing its way through the narrow gap creates turbulence or friction, hence the name fricative.

In general, fricatives emerge later than the plosive sounds. The earliest sound may arise at about 1;06 years but the later developing sounds may not arise until around 5;00 years. Consequently, as well as generally emerging later than plosives, it also takes a much longer period of time for the full complement of fricatives to be acquired. Like the nasals, it is possible to sustain fricative sounds for several seconds. Again, try taking a deep breath and see how long you can sustain the sound /s/ as in the word sun. Once more, it is evident that the sound may be sustained for several seconds: the average adult should be able to sustain a /s/ sound for at least around 15 seconds. Fricatives also, therefore, belong to the class of consonant sounds known as continuants. In the case of fricatives this is because there is a continuous passage of the air stream through the oral cavity, despite its near closure. The soft palate is, therefore, raised and they are oral sounds. Like plosives, fricatives mainly occur in voiceless-voiced pairs. There are four of these pairs. 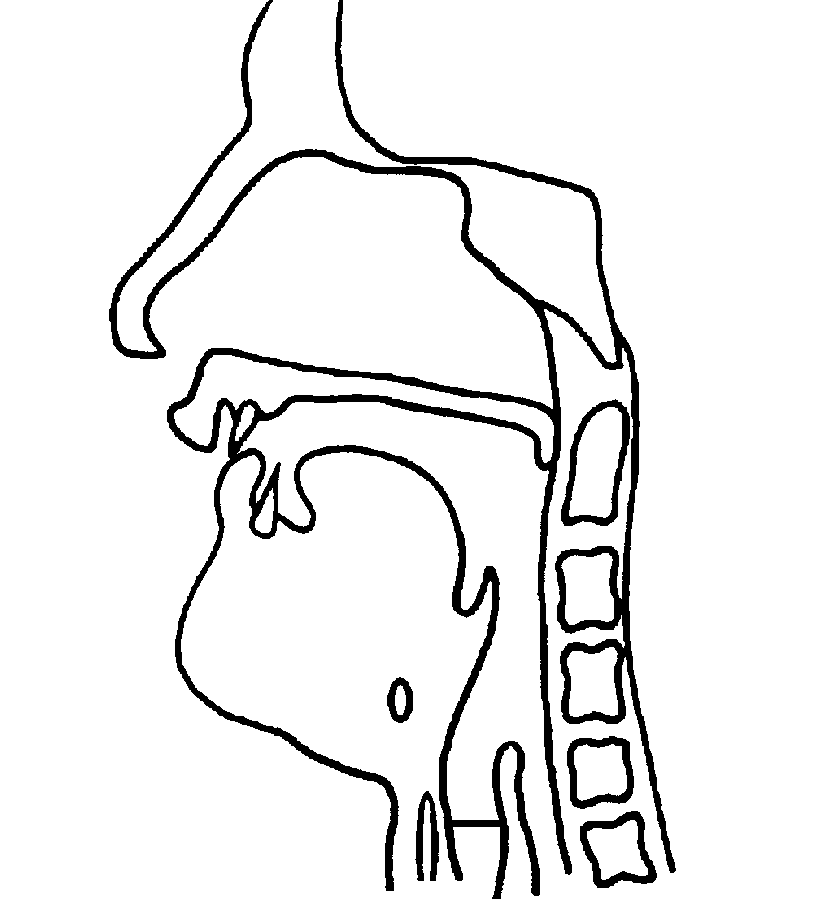 The first pair is articulated with the near contact of the bottom lip and the upper incisors. Known as labiodental fricatives, the sounds are: 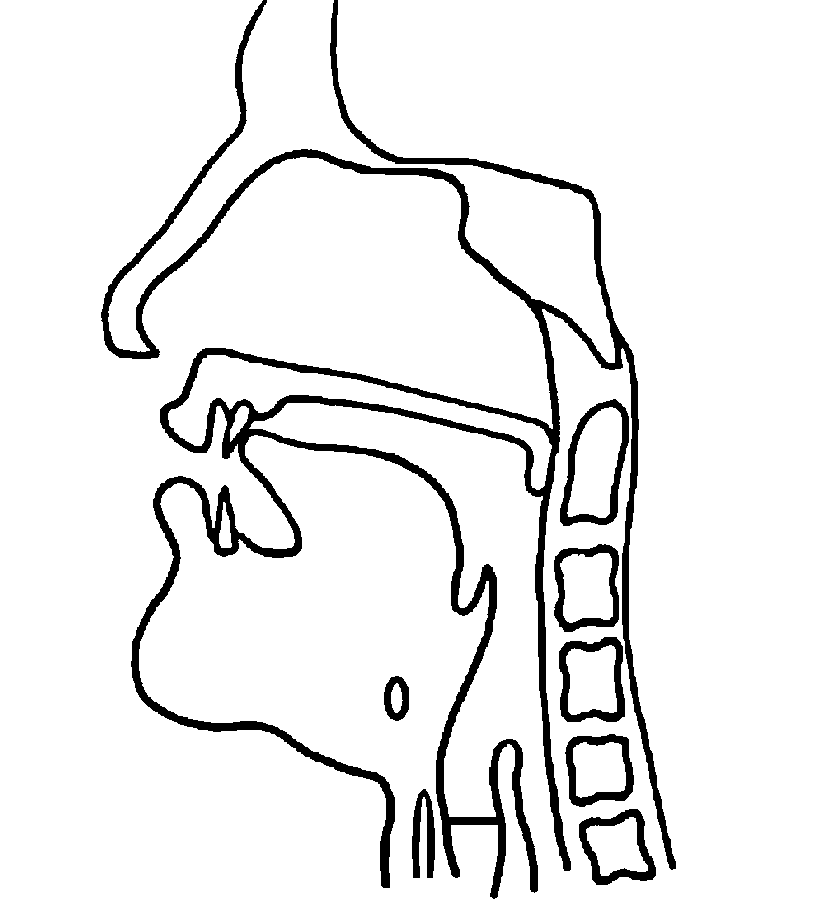 Owing to the formation of a narrow slit in the mouth because of the relatively flat shape of the tongue, dental fricatives are sometimes referred to as slit fricatives.

Both the voiceless and voiced dental fricatives are late-emerging sounds in the developing child. The voiced dental fricative /ð/ emerges at around 4;00 years and perhaps a little earlier. Smit, Hand, Freilinger, Bernthal and Bird (1990) claim that girls master the use of this sound more quickly than boys: girls consolidate its use by 4;06 years but boys can be up to 7;00 years of age before it is fully mastered. The voiceless counterpart /θ/ emerges at about 4;06 years for both boys and girls but, again, girls appear to consolidate its use more quickly: girls by 6;00 years and boys often not until 8;00 years of age. 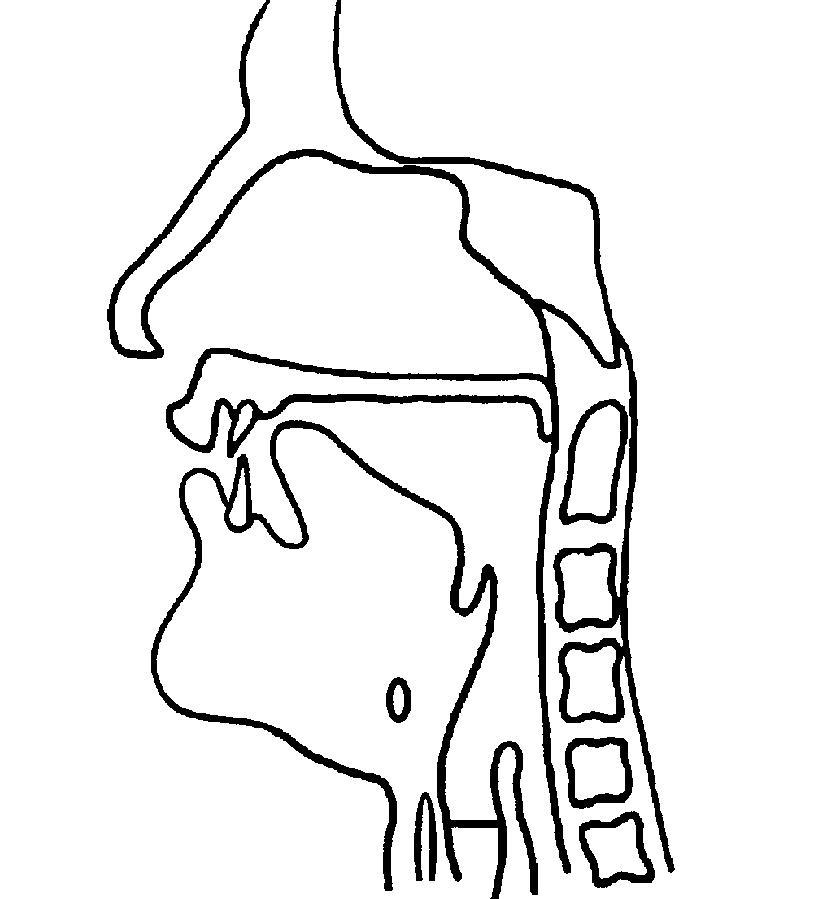 The third pair is the alveolar fricatives. The sounds are formed by the front of the tongue nearly contacting the alveolar ridge. They are:

The sound /s/ is voiceless and /z/ is voiced. Unlike the dental fricatives, the tongue does not lie flat but, rather, a groove is formed along the midline of the tongue. The air passes over the tongue along this groove and friction is created as it is forced between the front of the tongue and the alveolar ridge. Alveolar fricatives are, therefore, sometimes known as groove fricatives.

There is controversy over when the voiceless alveolar fricative /s/ is consolidated. It appears to emerge around 3;00 years of age, when about 50% of children use this sound. It can often take up to the age of 7;00 years before it is fully mastered. However, according to Smit et al. (1990) this can take up to around 9;00 years of age for both boys and girls. A similar situation exists with respect to the voiced alveolar fricative /z/. This typically arises a little later, at around 3;06 years, but can also continue to be mastered until 7;00 years or even up to 9;00 years in some instances. 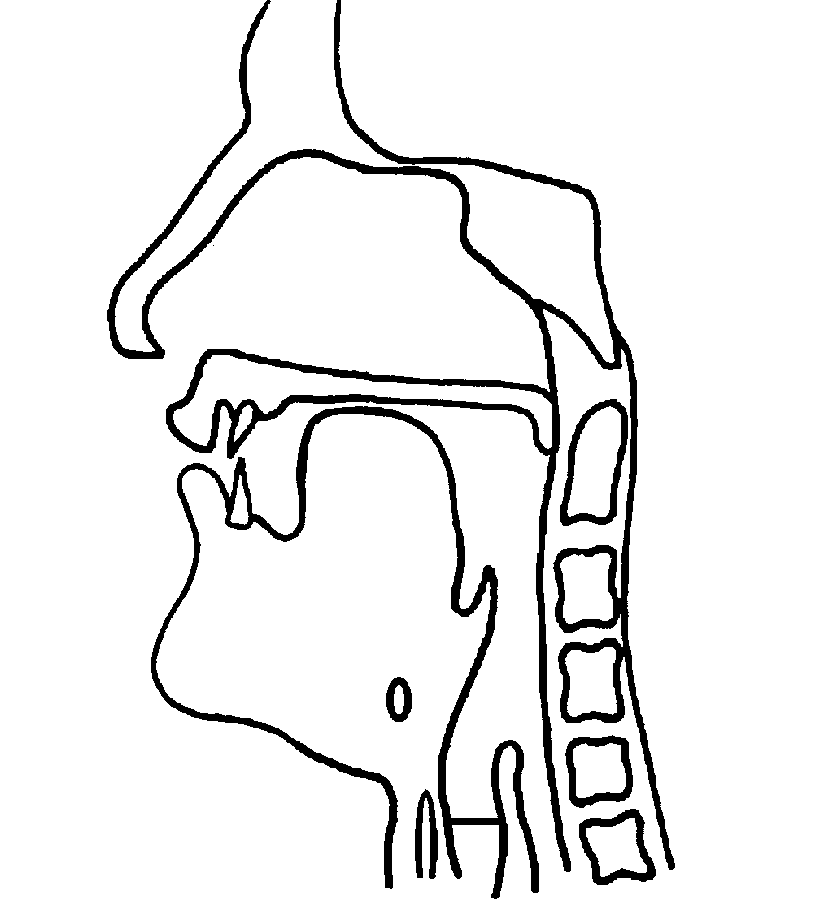 The voiceless /ʃ/ can occur at the beginning and ends of syllables in English, e.g. shoe /ʃu/ and mash /mæʃ/. However, the voiced /ʒ/ predominantly occurs between vowels (intervocalically), e.g. measure /mɛʒə/; treasure /trɛʒə/. There are some exceptions, where /ʒ/ does appear in syllable-initial and syllable-final positions but these tend to occur in loan words (i.e. words adopted from another language). Examples are beige /beɪʒ/, and a particular pronunciation of the word garage as /gærɒʒ/. Both of these words are borrowed from French. It is reasonably common, however, for native English speakers to substitute an affricate for /ʒ/ in these positions: /beɪʒ/ → /beɪʤ/ and /gærɒʒ/ → /gærɪʤ/.

The voiceless post-alveolar fricative /ʃ/ typically emerges around 3;06 years. However, its use is often not consolidated until 6;06 years. The voiced counterpart /ʒ/ is, arguably, the last English consonant to emerge. This usually happens around 5;00 years and it may not be fully consolidated until the child is almost 8;00 years of age. 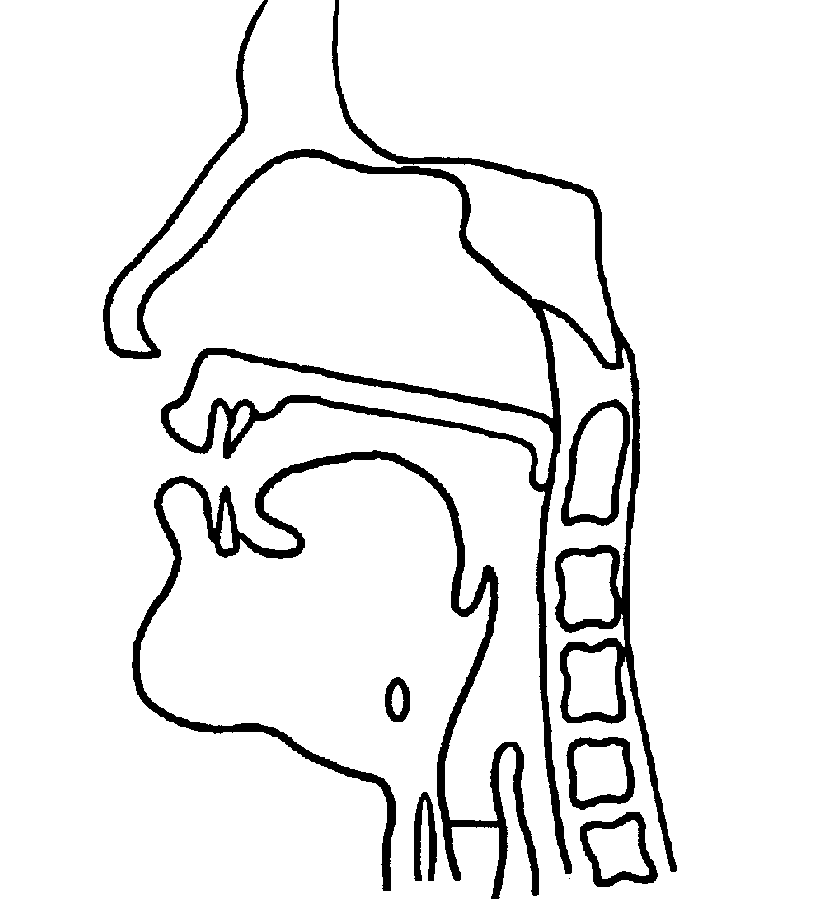 There is one more fricative sound in English which is distinguished on the basis that it is the only fricative that does not pair with another sound. It is:

This consonant is always voiceless. As it is made deep down in the throat by allowing air to escape through the chink between the vocal folds, i.e. the glottis, it is known as a glottal fricative. Interestingly, the sound /h/ never appears at the ends of syllables in English.

The glottal fricative is actually the first fricative to emerge, around 1;06 years of age. Mastery may not be complete until around 3;00 years.