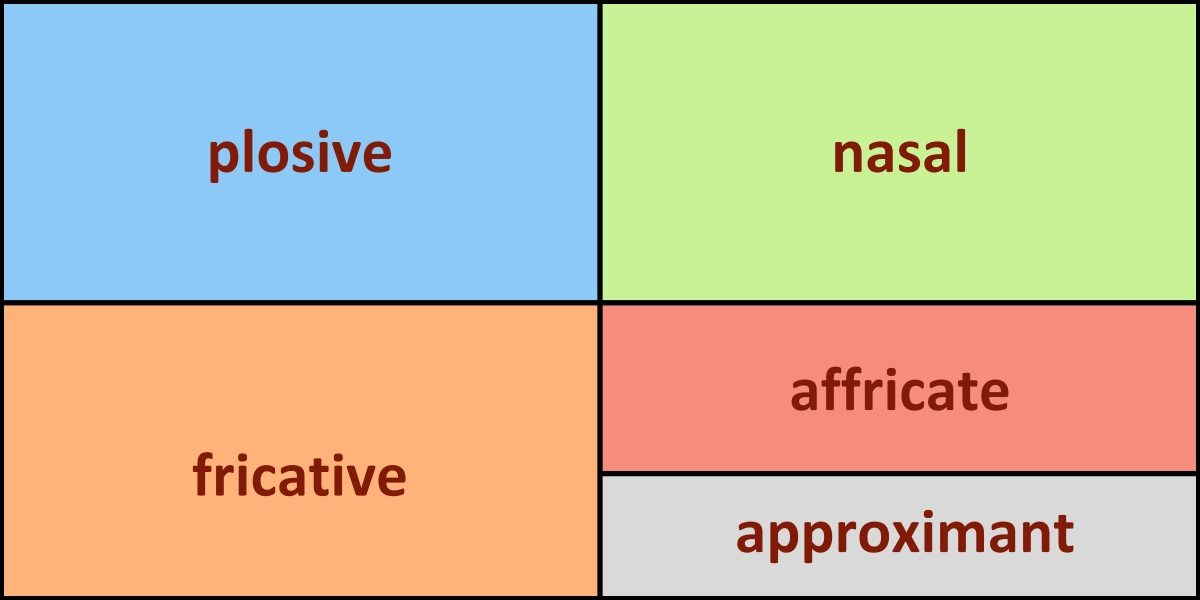 Recall that vowels are described as open sounds because there is no obstruction to the flow of air as it passes out of the mouth. In contrast, consonants are described as closed sounds. This means that there is some type of obstruction to the airflow from the lungs as it passes through the vocal tract (i.e. the air passages above the larynx comprised of the nasal cavity and the oral cavity).

Consonants are produced by two articulators (lips, teeth, tongue, hard palate, soft palate) coming into contact with each other, or very nearly contacting, thus closing off the free flow of air. For example, the lips could come together to form the consonant sound /m/ as in man, or the tongue tip could almost contact the alveolar ridge (the bony ridge on the hard palate just behind the upper incisors) for the sound /z/ as in zoo. These contacts, and near contacts, impede the free flow of air through the vocal tract and give rise to qualitatively different sounds: the consonant sounds.

In English there are 24 consonant phonemes and these may be arranged into five groups: