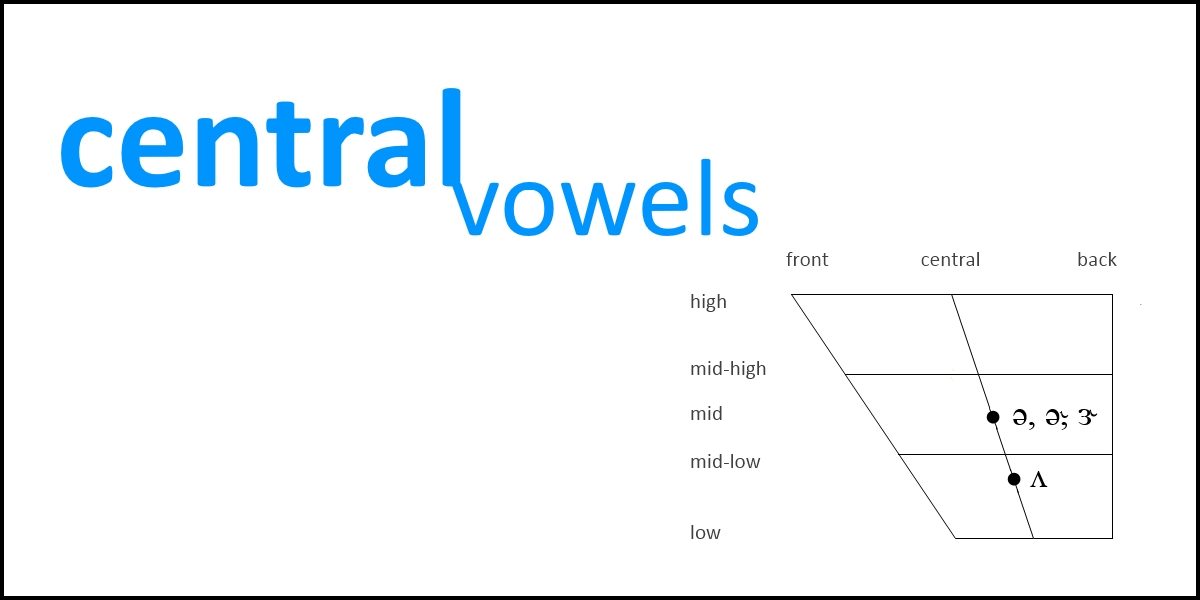 All central vowels are produced in an intermediate position between front and back vowels, with the body of the tongue raised towards the roof of the mouth in the area where the hard and soft palates fuse. 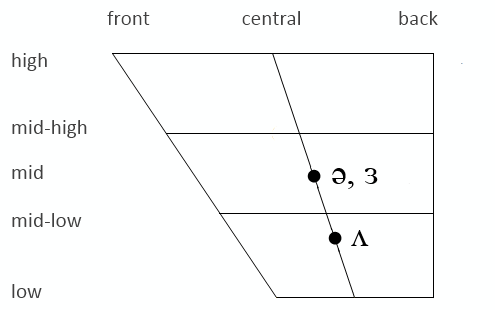 We see from Figure 9 that speakers of SSBE have two vowels produced with the tongue elevated to the mid position. One is short and unrounded and the other is long and rounded.

The vowel /ɜ/ (as in urban) is the long rounded vowel. Being long it may on occasion be transcribed as /ɜː/. It is the MID CENTRAL ROUNDED vowel. This vowel only occurs in stressed syllables. A stressed syllable is a syllable in a multisyllabic word that is given more emphasis than the other syllables when spoken. The extra prominence is often achieved by the speaker raising the pitch of the sounds that constitute the syllable. Primary stress is usually signified with a superscript mark (ˈ) before the affected syllable. In contrast, some syllables in multisyllabic words receive no stress at all. They are spoken with no additional emphasis: no extra respiratory energy is used to give them prominence. These are unstressed syllables. For example, in the word photograph the second syllable ‘-to’ is unstressed.

The vowel /ə/ (as in annoy) is the counterpart vowel to /ɜ/, being unrounded and short. It is, therefore, the MID CENTRAL UNROUNDED vowel. It is often known by its German name schwa or, simply, as the neutral vowel. This is because, in contrast with /ɜ/, the neutral vowel most commonly occurs in unstressed syllables, either in syllable-initial position (e.g. around) or syllable-final position (e.g. soda).

A third central vowel is available to speakers of SSBE, /ʌ/ (as in hut). It is formed with unrounded lips and it is short. It is the LOW CENTRAL UNROUNDED vowel.

Speakers of General American English (GA) use two of the central vowels that are also used by SSBE speakers: the MID CENTRAL UNROUNDED neutral vowel /ə/ (as in ahoy) and the LOW CENTRAL UNROUNDED vowel /ʌ/ (as in bud) (see Figure 9). 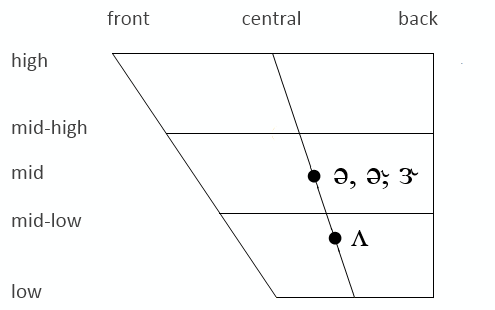 Similarly, when the neutral vowel appears before an /r/ consonant it can also become r-colored, i.e. /ə˞/ or /ər/ (as in letter).

Varieties of English, such as GA, that pronounce /r/ in all positions are known as rhotic accents. To illustrate, in GA /r/ may be realized:

NB: Because r-coloring of vowels occurs in rhotic accents, it is also known as rhotacization.