You are here: Home > Anatomy > Ear 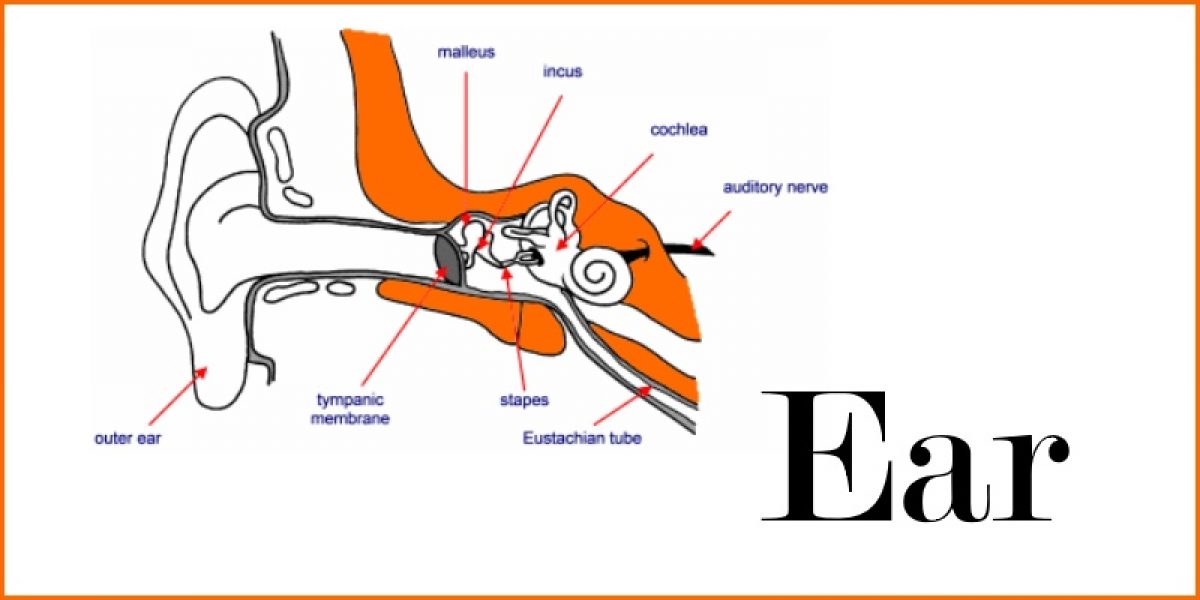 Structure of the ear

There are three parts to the structure of the ear (see Figure 1):

Figure 1. Anatomy of the Ear (click for an enlarged image)

This is the visible part of the ear and consists of three element:

The function of the outer ear is simply to direct air vibrations onto the ear drum of the middle ear.

When a sound wave arrives at a listener’s ear it causes the eardrum (tympanic membrane) to vibrate. This, in turn, causes the movement of three small bones (ossicles) within the cavity of the middle ear:

Their function is to amplify the vibration of the sound wave.

In addition to these bones, there is a tube (Eustachian tube) which connects to the pharynx (the cavity that leads from the back of the mouth and the nasal passages to the larynx and esophagus). The Eustachian tube aerates and drains the middle ear. It allows the gas pressure in the middle ear to equalize with the external air pressure. The ‘popping’ sensation you sometimes experience when descending in an airplane is caused by the Eustachian tube opening. If the Eustachian tube becomes blocked this can lead to middle ear inflammation and intermittent hearing loss.

Within the inner ear there is a bony labyrinth. This is a complex system of cavities and tubes, divided into three parts: the vestibule (central cavity), semicircular canals, and cochlea (a spiral, snail-shaped bony tube filled with tiny hair cells).

There is a similar membranous labyrinth, situated inside the bony labyrinth, which is filled with fluid (endolymph). The vestibule of the membranous labyrinth consists of two cavities. The largest of these is the utriculus. This is the main organ of the so-called vestibular system, which works to helps us maintain postural balance and to provide us with information about the orientation of our body in space. The smaller cavity is the sacculus, which connects by a membranous tube to the cochlea.

See Speech Perception for a more detailed account of the functioning of the ear in relation to processing language.