You are here: Home > Grammar > Determiners 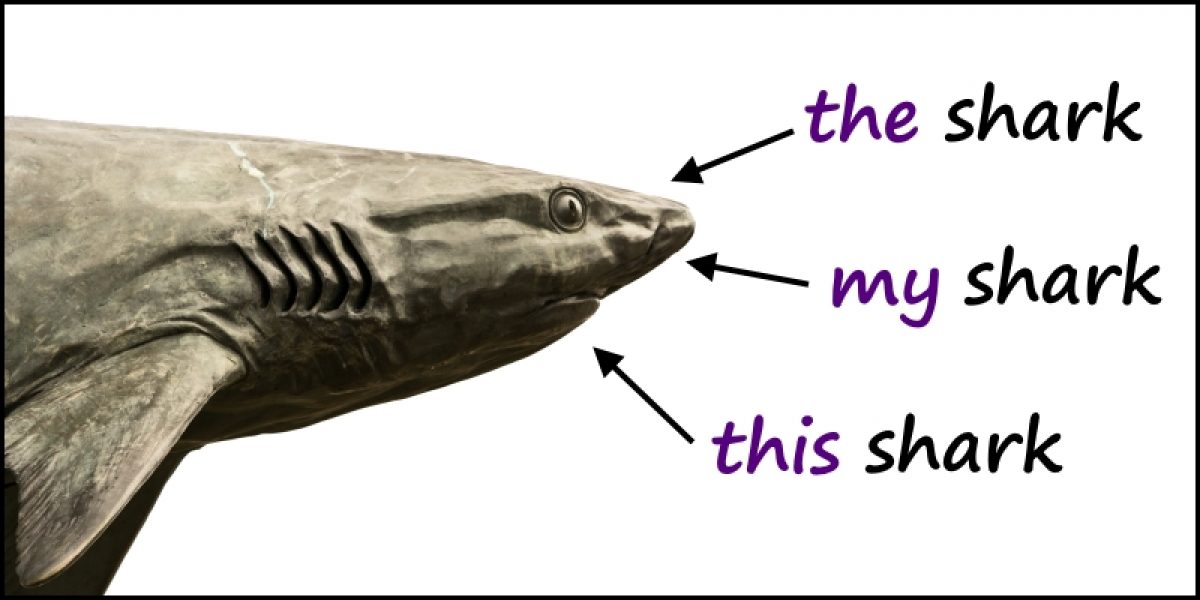 Unlike open classes (such as lexical verbs, nouns, adjectives and adverbs), the membership of a closed class of words is fixed. Consequently, it is not generally possible to add new words to the class. Determiners form such a closed class (as do auxiliary verbs, numerals, pronouns, prepositions, and conjunctions).

Determiners are used to determine what is being referred to in an utterance. There are two types of determiner: (1) identifiers, and (2) quantifiers.

There are four types of identifier:

Examples of each are provided below.

There are just two morphemes in this category, a and an, e.g.

Jordan has a ball

an apple fell on Isaac’s head

Robert is eating an orange

There is only one definite article in English, the, e.g.

throw me the ball

the car is terrific

he spoke in the corridor

These identifiers serve to indicate ownership and include my, your, his, her, its, our and their. They are summarized in terms of person and number in Table 1.

Examples of the use of possessive identifiers include the following.

it is my ball

where are your notes?

Possessive determiners such as these are also known as possessive adjectives (Biber, Johansson, Leech, Conrad and Finegan, 1999:270-272).

Here are some examples of the use of demonstratives.

it fell on that house

these boots were made for walking

Quantifiers are used to make reference to indefinite quantities, e.g. several, few, a little, many. Examples include the following.

I have several jazz albums

the Chief Executive has many complaints to make