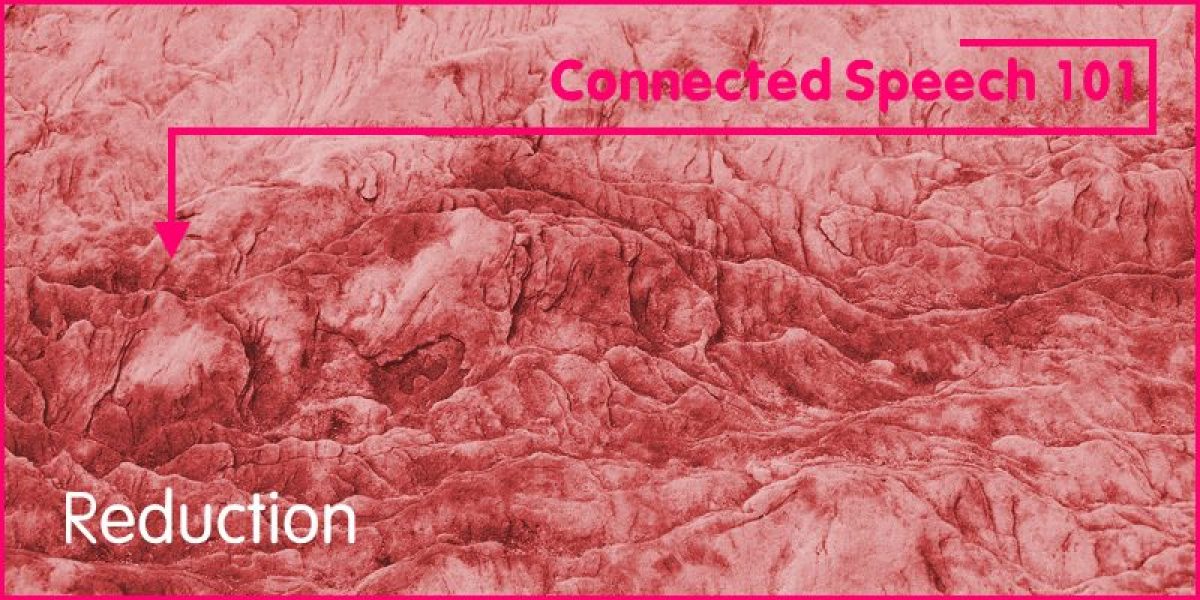 Consider the word of. If this is transcribed phonemically as it would sound when spoken in isolation, it would be represented as:

However, when it occurs in rapid speech we often notice a vowel change, e.g.

Here, the back vowel /ɒ/ has been replaced with the central vowel /ə/. In fact, in rapidly articulated speech, it is common for the /v/ to disappear altogether:

Now consider how the word have would be pronounced in isolation:

Once more, though, we can typically identify a vowel change when this word appears in brisk connected speech, e.g.

As well as elision of word-initial /h/, the front vowel /æ/ is replaced, again, with the central vowel /ə/. This substitution of front or back vowels with centralized vowels in connected speech is known as reduction. In the above example, it would also not be uncommon for the vowel to be so reduced that it disappears completely:

Reduction is a common feature of rapidly articulated speech. Monosyllabic function words (words that have a grammatical function and which serve to bind language together, such as of, have, a, he, she, is, and) are particularly prone to reduction, e.g.

The word and is a function word that frequently undergoes several types of reduction. In isolation, it is pronounced as /ænd/ but in connected speech it may be realized as /ənd/, /ən/, /nd/ or /n/. For example:

It should be noted, however, that the unreduced strong form of words may be used in connected speech. In the case of and, it may be used for emphasis in order to signal a contrast, e.g.

The use of the strong form in this context signals the contrast that the speaker wants both bread AND butter, and not EITHER bread OR butter.

You may have noticed that the substituting vowel in each of the above examples of reduction is either /ə/ or /ɪ/. In fact, substitution of peripheral vowels (front and back vowels) with the central vowel /ə/ or the centralized vowel /ɪ/ is a common feature of reduction. We can summarize this process as follows.

Vowels in monosyllabic function words are frequently reduced to /ə/ or /ɪ/.

As well as the reduction of function words, reduction is also common in unstressed syllables of multi-syllabic words. Consider the word polite, spoken in isolation:

The word polite is made up of two syllables: /pə/ and /laɪt/. The second syllable is given more emphasis and is stressed, as signified by the superscript mark (ˈ). In contrast, the first syllable is unstressed. Unstressed syllables often, but not always, contain the neutral central vowel /ə/. Now, under the pressure of rapidly articulated connected speech, vowels in unstressed syllables can be reduced to the point of extinction. This is demonstrated in the words polite, suppose and correct in the following example phrases.

Like the reduction of function words, this process – whilst generated by rapidly articulated speech – also does not occur at word boundaries. This process may be summarized as follows.

Vowels in unstressed syllables are frequently reduced /ə/ or /ɪ/, or omitted completely.

NEXT>> SUMMARY OF CONNECTED SPEECH PROCESSES