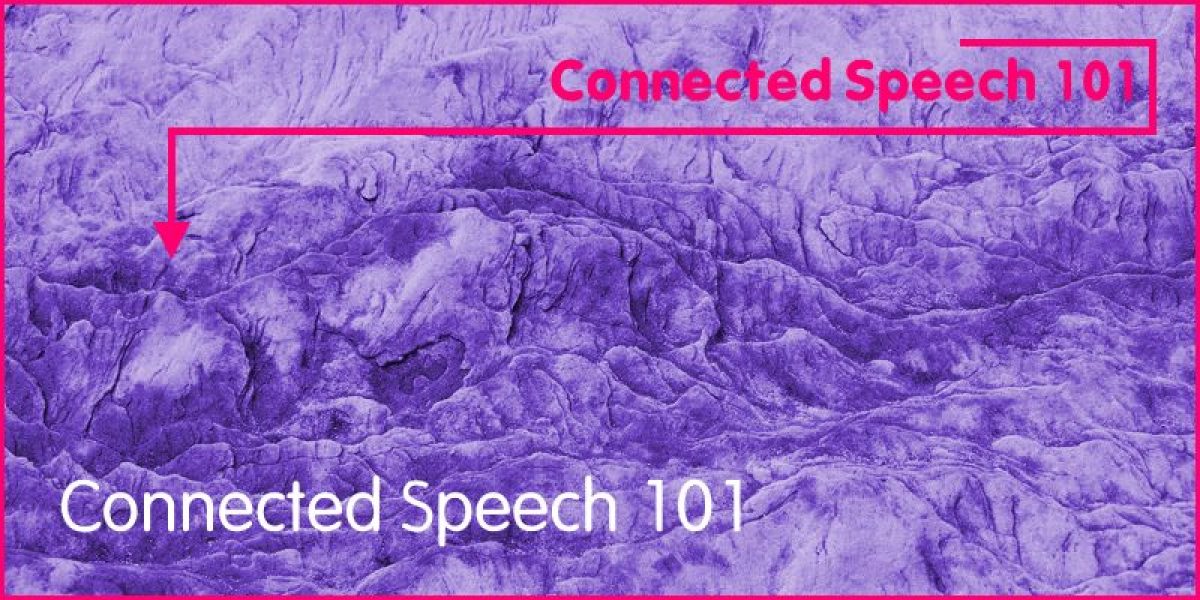 This series of articles entitled CONNECTED SPEECH 101 is part of the Human Communication 101 series of introductory-level articles.

Words in isolation v words together

In Allophones 101 we saw how systematic operations can alter the pronunciation of words in isolation, i.e. spoken as single units. The majority of these allophonic variations are a product of word-internal factors. For example, we have seen that /t/ is retracted when it appears before /r/:

In this example, we see that the internal environment of the word is such that a /t/ appears immediately before an /r/ consonant. In such a within-word environment, the /t/ is retracted to [t̠]. Another example is the velarization of /l/ when it appears before a consonant within a word:

Again, it is the word-internal factors – in this case, the /l/ appearing immediately prior to a consonant – that produces the velarization. Now, we know that velarized-l also occurs word-finally. Its occurrence in this position is, however, not influenced by an adjacent speech sound but by the pause at the end of the word. It is arguable that this allophonic variation occurs in anticipation of the upcoming pause at the end of the word. A similar argument can be made to explain the occurrence of de-voiced plosives, fricatives and affricates. For example, we know that /b/ can be de-voiced when it appears in word-final position:

As the word-final /b/ is adjacent to a neighboring silence (i.e. the end of the word) it appears to assimilate the voicelessness of this silence, thereby de-voicing the phoneme to create the allophone [b̥]. As with the occurrence of velarized-l in word-final position, the de-voicing is not a product of word-internal factors but the silence at the end of the word.

To reiterate, all of the phonetic variations described in Allophones 101 affect words spoken as single units. It is self-evident, however, that we do not typically speak using words in isolation. Rather, we string together a series of words in a verbal stream that we call connected speech (sometimes called running speech). As one might expect, there are several more-or-less predictable pronunciation changes that occur in connected speech. This series of articles entitled CONNECTED SPEECH 101 examines some of these changes.

CONNECTED SPEECH 101 assumes knowledge and understanding of allophonic variation as set out in Allophones 101. This, in turn, presupposes an introductory level understanding of articulatory phonetics as described in English Speech Sounds 101.

If you are having difficulty following any of the concepts in Connected Speech 101, we suggest that you revise the earlier introductory series that contain all necessary information.