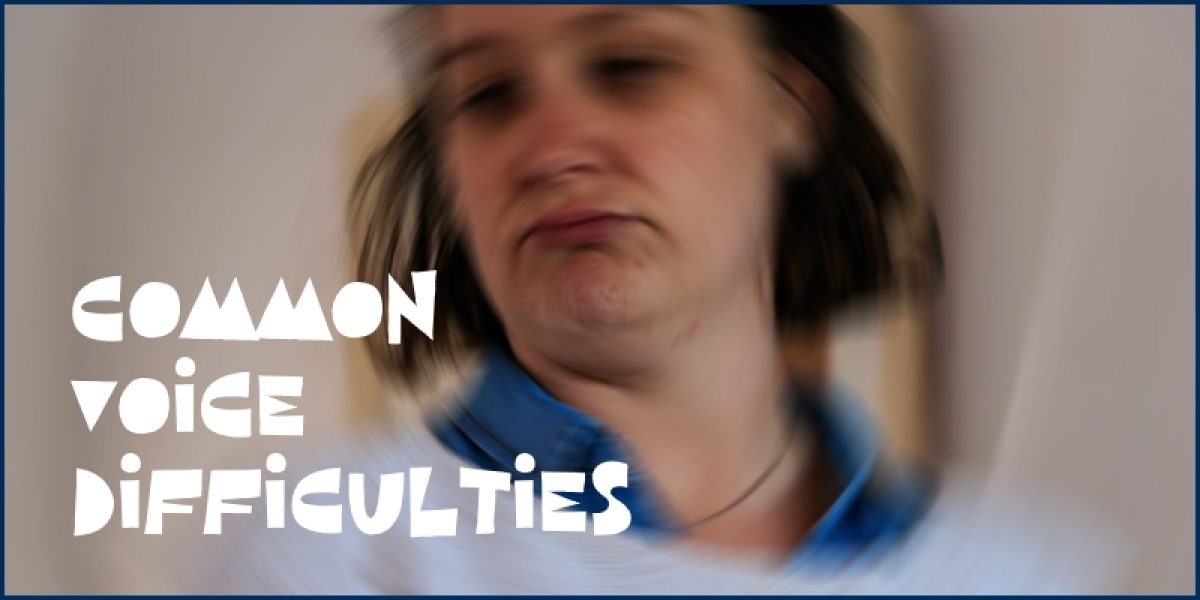 A wide variety of voice behaviors are within normal limits. For example, a person’s voice may vary with the amount it is used and how it is used. Differences may also depend on fatigue and the person’s emotional state. The voice may sound different in the morning to how it sounds at night. Having said this, most people will have experienced a voice difficulty at some time in their lives. Two common voice difficulties include (1) colds and laryngitis, and (2) vocal misuse.

A heavy cold or laryngitis often causes the voice to become hoarse and rough and it may be difficult, even painful, for the sufferer to speak loudly. The voice seems to keep coming and going. This is because during colds and bouts of laryngitis there is a build up of mucous on the vocal folds. Mucous is a colorless fluid secreted by special cells in the larynx. It is somewhat thicker than water and it lubricates the vocal folds. The excessive build up of mucous makes the vocal folds heavy and they therefore move more sluggishly. This results in a deeper voice. Also, because the mucous doesn’t form an even film over both of the vocal folds they do not come together evenly and extra air escapes as the folds try to shut together. This is what creates the breathy, grating sound known as hoarseness.

There is little that needs to be done to remediate this condition other than to ensure that the sufferer receives antibiotic treatment from a doctor for any infections, if this is necessary, and to encourage the person not to overuse their voice.

Another common voice difficulty occurs when people abuse the voice. For example, a child in the playground or an adult at a football match may shout too loudly and for too long. The voice ‘hurts’ because during shouting the vocal folds come together with a great deal of force. Too much of this irritates the vocal folds and they can become inflamed.

Often the best remedy is to rest the voice and adopt some basic vocal hygiene strategies (see Voice Care for Adults and Voice Care for Children), e.g. do not shout at the top of your voice and do not keep shouting for long periods; take plenty of rest periods between long stretches of talking; have a drink handy to lubricate your vocal tract.

A characteristic of the above difficulties is that they do not usually endure over an extended period of time. However, alterations in paralinguistic features that do persist may be the first sign of a voice disorder.

Voice disorders may be divided into three groups:

There are many different types of voice disorder, too many to discuss here. However, you can read more about voice disorders here.